Adventures of a space archaeologist


Adventures of a space archaeologist

A personal take on panning out to see the past both grips and frustrates Jo Marchant.

Archaeology from Space: How the Future Shapes Our Past Sarah Parcak Henry Holt (2019)

The ancient city of Tanis was Egypt's capital for more than 350 years before the centre of power shifted, and the city was eventually lost under centuries of silt. In 1939, archaeologists working there uncovered temples and tombs containing treasures to rival Tutankhamun's. But Tanis was largely forgotten amid the horrors of the Second World War, until a fictional version featured in Steven Spielberg's 1981 film Raiders of the Lost Ark. In one scene, archaeologist Indiana Jones sneaks into a map room in which the entire city is laid out, and discovers that the Nazis seeking the titular ark are digging in the wrong place.

In 2010, space archaeologist Sarah Parcak had her own map-room moment at Tanis. Most of the city remains buried beneath the desert, a huge area that would take centuries to excavate by conventional means. So, she chose two satellite images of the site — one low resolution and multispectral, the other higher resolution but black and white — and combined them. As she writes, "I thought I was hallucinating: an entire ancient city leapt off the screen." With details of houses, streets and suburbs, this was a trove indeed: the layout of the largest, most continuously occupied capital city in ancient Egypt.

Since then, Parcak has become famous — winner of a National Geographic Explorer grant and the US$1-million TED Prize (given for innovative, world-changing ideas), with multiple agents and high-profile media appearances. In Archaeology from Space, she sets out the story of the field for which she is the most recognizable face. 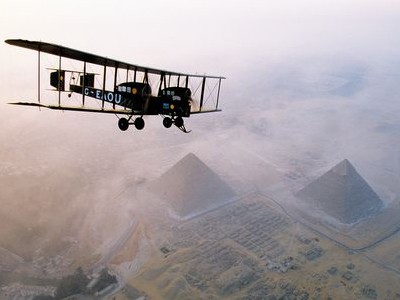 The wonder of the pyramids

Parcak defines space archaeology (named after a 2008 NASA funding programme) as using "any form of air or space-based data" to look for ancient features or sites. An early practitioner was Antoine Poidebard, the 'Flying Priest', who spent much of the 1920s photographing archaeological sites in Syria and Lebanon from a biplane. From the 1960s, NASA missions such as the Landsat satellites began to provide a view from orbit, although archaeologists failed to catch on for two decades. US spy-satellite images from the cold war were declassified by then-president Bill Clinton in the 1990s; the field hit "warp speed", says Parcak, a few years later. Today, commercial projects such as Google Earth provide space-based images with ever-higher resolution, and drones scan landscapes from closer to Earth.

Interpreting the resulting flood of data is "part science and part art", Parcak explains. Researchers glean subtle clues about what might lie beneath the surface, as well as how specific features relate to the landscape. Different bands in the electromagnetic spectrum enable researchers to go beyond visual appearances and detect thermal or chemical cues. Elevation maps identify mounds or ditches that could hide archaeological remains. Particularly useful are crop marks, small differences in vegetation growth caused by the presence of buried structures.

Parcak gives a whirlwind global tour of recent findings, from Central America to the Middle East to Africa (which she calls "the greatest frontier for archaeological discovery in the world"), and even under water. The sheer scale of what could be found is dizzying: she estimates that there are more than 50 million unidentified archaeological sites globally. She also imagines a future in which various types of artificial-intelligence-assisted drone, able to sequence DNA and virtually unwrap buried scrolls, will map, probe and analyse entire sites in an hour. Although this might sound extreme, she bases each aspect on existing technologies. Eventually, there might even be the potential to extend techniques to other planets. If we ever do find remains of alien civilizations, says Parcak, we'll need, not astronauts and engineers, but archaeologists.

This is a fascinating glimpse into a young field just as its technological possibilities are exploding. Yet the book is less about space archaeology than about Parcak herself. She details projects she has conducted for television specials, including the identification of a possible Roman amphitheatre at the site of Portus, an ancient harbour of imperial Rome, and a failed attempt to find evidence of Vikings in Canada. There is also a long discussion of Parcak's specialist area, the process through which, around 2000 bc, Egypt's Old Kingdom gave way to the Middle Kingdom (complete with fictional interludes). And there is a chapter on her concerns about her field, from high journal prices charged by "corporate publishing superpowers" to the lack of ethnic and gender diversity.

This personal approach allows Parcak to recount enchanting details — such as the Egyptian goat that ate a third of the team's site plans in Sinai, or Newfoundland's 'wreckhouse winds', which nearly blew a team member off a cliff as he searched for Viking remains. We learn, too, what drives Parcak: she sees archaeology as "a hope machine for humanity". Ancient Egypt's repeated reinvention, for instance, reveals human resilience in the face of adversity.

At times, however, the book becomes more a list of pet interests than a coherent story. It's a shame that the key topic of remote sensing often fades into the background, with frustratingly little detail given about some of the imaging technologies. There are mere paragraphs on the recent rise of lidar, for example; yet the technology, which takes readings by measuring reflected pulses of laser light, has peered through Central American and southeast Asian jungle to reveal ancient urban landscapes, revolutionizing our understanding of the Mayan and Khmer civilizations. Many breathtaking findings by other researchers are mentioned only briefly, such as the 2017 rediscovery of the city of Qalatga Darband in Iraqi Kurdistan, using US spy-satellite images and drone data. 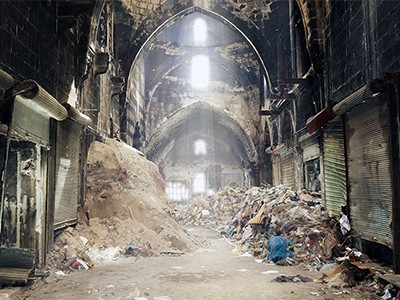 In the final two chapters, Parcak's vision comes into its own. She describes how, after the Egyptian revolution in 2011, she "parachuted out of the ivory tower", pioneering the use of satellite imagery to monitor the rise in thefts from unguarded archaeological sites. Funded by the National Geographic Society, she mapped more than 200,000 looting pits across Egypt. The evidence spurred political action against the illegal antiquities trade, as well as debunking simplistic explanations for it. She found that rates of looting actually jumped in 2009, after the financial crash: "It is not who holds the local political reins, but the global economy, that does the driving."

And then there's that TED Prize. She used the money to raise an "army of global explorers". Her team developed an online game enabling the public to check satellite images for signs of looting or archaeological remains. Since its 2017 launch, more than 80,000 users from around 100 countries have flagged some 19,000 new sites, which specialists are beginning to confirm on the ground.

Parcak wants to give citizen scientists the gift of wonder. Space archaeology, she says, allows us "to see a world without borders, full of possibility, past, present and future". By panning out, we perceive what's invisible on the ground: features that relate not just to the physical landscape, but to the history of humanity, and our relationship with Earth.