This architectural stunner is one of the few surviving Egyptian Revival theaters in the U.S. 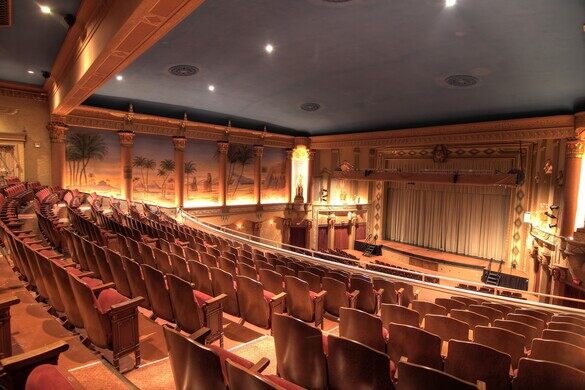 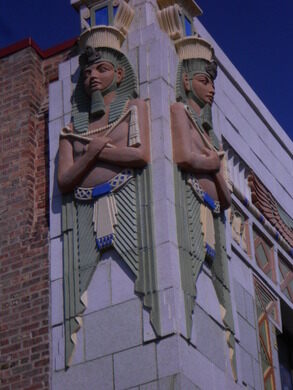 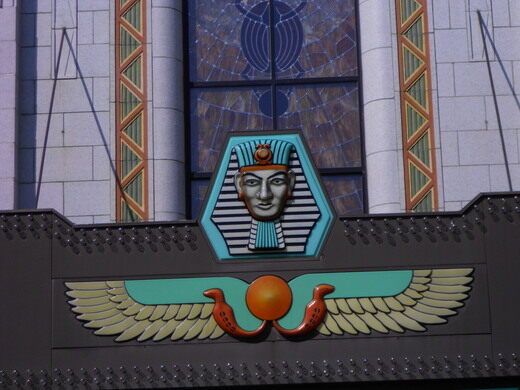 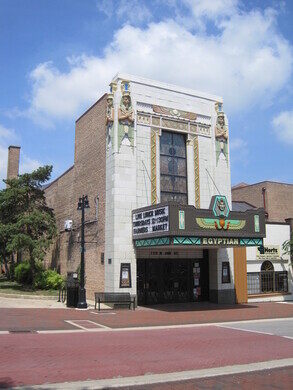 Built in the late 1920s in Dekalb, Illinois, this theater is a gorgeous example of both Art Deco and Egyptian Revival architecture. The latter phase swept through the United States in the 1920s as the country became gripped by tales of ancient Egypt, thanks largely to the discovery of King Tut's tomb.


The theater's exterior and interior display beautiful nods to the wondrous civilization. Unlike many other Egyptian revival buildings, this one isn't merely a mishmash of motifs. Its architect, Elmer F. Behrns, designed the space around a particular theme with Pharaoh Ramses II at its center.

Traditional figures and symbols like the winged sun, pharaohs, and sharp, geometric designs adorn the outside. A large stained glass window looms over the entrance, featuring a sacred scarab beetle holding the sun god Ra while standing atop the Earth. The outside takes the shape of a traditional Egyptian temple, making you feel as though stepping through its doors is like stepping back in time.

The inside, too, transports the mind to a time and place from millennia ago. The lobby floor is covered by a colorful mosaic constructed from tiles that resemble a style of Egyptian pottery made 4,000 years ago. Paintings of Egypt cover walls guarded by columns topped with more traditional designs and relics, making the theater itself look like the backdrop for a movie scene.

Though about 100 Egyptian Revival theaters popped up across the country in the mid-20th century, this architectural gem is now only one of five that still exists today. It's also the only one east of the Rocky Mountains.

The theater narrowly escaped demolition after it shuttered in the 1970s. But thanks to devoted locals who rallied to support it (and its 1978 listing on the National Register of Historic Places), the grand building was saved. People pack into the 1,430-seat auditorium to witness a host of different modern shows and events, all backdropped by images from a long gone era.