In ancient Egypt, the penalty for killing a ‘bin chicken’ was death 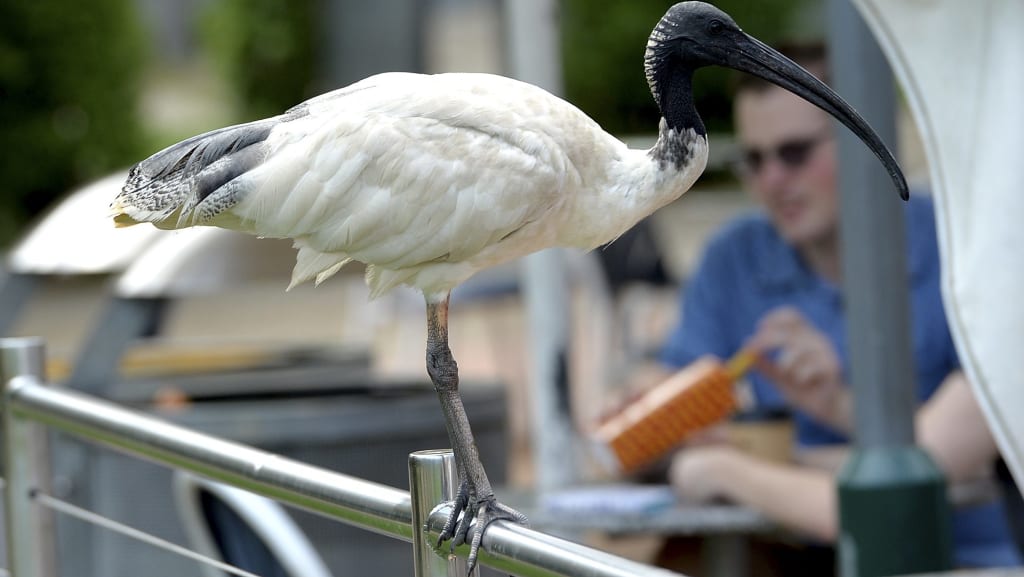 In ancient Egypt, the penalty for killing a 'bin chicken' was death

In a time long before the term "bin chicken" existed, ibises were the subject of reverence rather than divisive debate.

Paleogeneticist Sally Wasef has dedicated her research to studying ibis DNA from ancient Egypt, where the birds were respected because of their representation of the god Thoth.

Dr Wasef said the birds represented the purity of white through their feathers, the magic of the moon through their crescent-shaped beaks and wisdom in knowing what water source was drinkable.

"[Ancient Egyptians] respected ibises so much, you could be put to death if you killed an ibis …[and] only the priests were able to mummify them," she said.

Dr Wasef said carbon dating showed ibises were mummified by priests and sold to Egyptians about 2600 years ago.

"It's similar to how people in church would light candles. Egyptians used to offer sacred ibis mummies to say 'thank you' or 'please help us' to Thoth," she said.

Millennia later, the Australian white ibis, the sacred ibis's modern cousin, is not looked upon as favourably.

Today's urban bin chickens are shooed off tables, strangled or shot down to cull populations over airports.

No longer are they viewed as pure, magical and wise birds, suitable to be gifted to a god.

A recent online poll divided the nation, sparking outrage when it appeared the ibis was set to be crowned Australian bird of the year, only to fall at the last hurdle to the equally controversial magpie.

"They (ibises) are considered a pest. Most people hate them today because they are just eating rubbish and jumping in bins," Dr Wasef said.

"I think respect for ibises didn't disappear until Roman times when there was a lot of changes around the gods that were worshipped, when Christianity was introduced in Egypt.

"All of those things stopped the worshipping of god Thoth."

Dr Wasef said while some people might not appreciate the modern ibis, there was much to be learnt from its ancient relatives.

"It's fascinating to show how you can use science to tell something about history that wasn't written," Dr Wasef said.

"The DNA actually showed us that they were taking birds from the wild that used to migrate to Egypt every year."

Sally Wasef will discuss what other secrets genetics can reveal in further detail at World Science Festival's panel on Ancient DNA on Saturday in Brisbane.