Tutankhamun: how ITV's follow up to Victoria has already courted controversy

Tutankhamun: how ITV's follow up to Victoria has already courted controversy 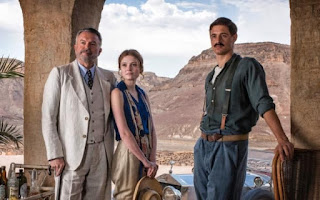 The reign of Victoria is over for now and, as many of those that had to follow Downton Abbey discovered, the lot of any series launching in the wake of a period smash is often an unhappy one. Might ITV’s Tutankhamun, created by Guy Burt (writer of The Bletchley Circle), provide the channel with another hit?

Telling the story of Howard Carter (Max Irons, giving us the most dashing archaeologist since Indiana Jones), his patron Lord Carnarvon (Sam Neill) and their unlikely discovery of Tutankhamun’s tomb and treasures in 1921, it walks a line between overly camp and tiresomely solemn. With Peter Webber’s artful direction and South Africa doubling evocatively for early 20th-century Egypt, it feels sweeping rather than bloated.

“When ITV asked me if I wanted to do something about the dig, there was a knee-jerk reaction from my inner eight-year-old,” says Burt, who was born in 1972, the year the British Museum opened its highly successful exhibition of King Tut’s artefacts.

“It was about treasure in the sand, which has to be good, but beyond that it was the three-way relationship between these two outsiders, one driven and difficult, the other a gambler and bon viveur, and Carnarvon’s daughter, Evelyn.” 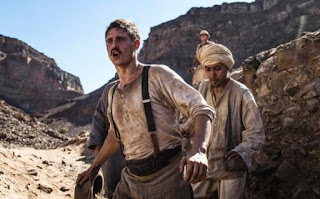 The characterisation itself has already stoked controversy. If Tutankhamun had been intended as a canny way for ITV to maintain links with Highclere Castle, setting for Downton Abbey and home to the current Lord Carnarvon, it’s backfired.

The latter has already seized upon the trailer to attack the series for sexing up the story (by depicting an affair between Carter and Evelyn [Amy Wren]), and harbours “considerable reservations about it being a fair portrait of my great-grandfather”.

Burt is ready for the debate. “Carnarvon is lifted fairly easily from the history books. He knew nothing about archaeology when he set foot in Egypt: without Carter he’d have been lost in the desert, although he informed himself briskly. As for the affair, I’ve taken a degree of creative licence but it’s not a random speculation – it comes from reading between the lines of the letters, the notebooks and the diaries.” 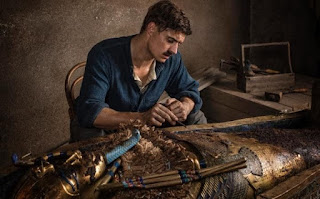 In spite of the series documenting events almost a century ago and containing neither iconic young monarchs nor loyal, stentorian retainers, Burt maintains that there is plenty to appeal to a modern audience.

“It was an intriguing time, when social mores, sensibilities and values shifted from Victorian to modern. Out in Egypt, there’s that sense of people creating their own oasis and sipping gin and tonics while trying to ignore a nation that wanted its independence, had been promised it and was on the verge of fighting for it. 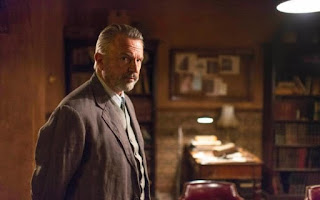 “While everybody knows that Carter finds the tomb and it contains what he called ‘wonderful things’, most of us don’t know how he found it. It was a fantastic piece of deductive precision work, backed by intuition that went against all expert opinion. Then there’s what happened afterwards. Did everyone live happily ever after? They certainly didn’t…”

Burt isn’t, he hastens to add, hinting at the so-called Curse of the Pharaohs (“all nonsense – a newspaper invention”). There will be no lurch into Hammer Horror territory where nuance is sacrificed for sensationalism. In fact, Burt argues that his piece never talks down to its audience or makes a naked pitch for the international market, primarily because it doesn’t need to. 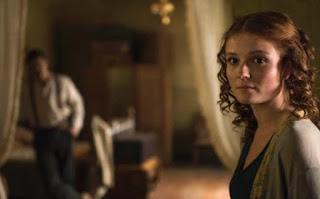 “Audiences today are used to watching sophisticated shows. We rather handily had a genuine reason to have American characters among the cast without shoehorning them in, as the largest contingent of archaeologists in Egypt was American.”

There is even something rather moving about the reverence with which Carter treats the priceless objects he finds, in stark contrast to the deliberate destruction of ancient monuments in Syria and Afghanistan in recent years. “Previous archaeologists had been much more cavalier, treating it more like a treasure grab,” Burt explains.

“Carter insisted on photographing and documenting everything. Much of what he did comes under that umbrella of gentlemanliness that existed, and which was starting to come apart because of the First World War. It’s heartbreaking to see how the world has changed sometimes.”