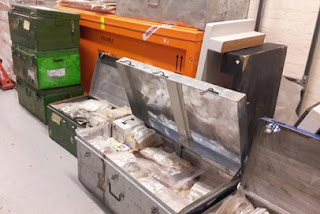 Most people think of archaeologists digging in the dirt. What many don’t realise is that the archaeological process doesn’t end when the excavation is over. Samples of bricks, ceramics, charcoal, bones, and others that were taken while excavating, still need examination and analysis. Projects like that of Amara West are generously permitted by the National Corporation for Antiquities and Museums (Sudan) to export samples for further study. When the samples first arrive back in London at the British Museum they must be transferred to a freezer to kill any potential pests, a process undertaken for all incoming objects to protect the collection.

After that, all the samples – packed in about thirty metal crates – are sorted and stored permanently to be available for further analysis. And that is where I came in…

As a master’s student in Egyptian archaeology from Belgium, I made the trip over the Channel in order to assist the team with the processing of their archaeological data. Manuela Lehmann, project curator at the British Museum, was planning on tackling the crates in the basement, all fully stacked with samples. I have to admit that seeing those heavy crates full of dirty sample bags was not a very comforting sight. 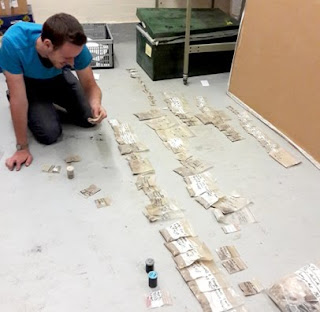 The sample bags needed to be sorted by number and then transferred into a designated drawer for permanent storage. As there have been several excavation seasons over the past few years we first had to order the bags by season, from 2008 up until the most recent fieldwork of 2016. Next, the bags were separated according to the different types of samples: botanical, petrographic and phytolith samples. Phytoliths are the microscopic silica structures that remain after the decay of a plant. We also have skeletal samples (human and animal), alongside bulk samples.

Crates with human bones were moved to a designated storage area for bioarchaeological material, where Michaela Binder will complete their study next year. The animal remains, on the other hand, will be transported to the University of Southampton for further analysis led by Jaco Weinstock.

After this back-breaking job was done, everything was in drawers for long-term storage, other than two crates of sorted and ordered archaeological samples. Manuela and I had defeated the basement crates … it’s now over to the scientists to investigate the samples. 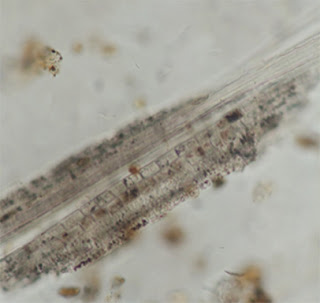 Phytolith of a sedge-plant from Amara West. Image: Philippa Ryan