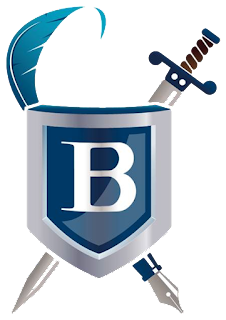 The Toledo Museum of Art has generated more than $950,000 to acquire new pieces for its collection, after the controversial sales of 66 artifacts that have not been displayed in the Toledo institution for decades.

The live auction Tuesday of 23 antiquities, and the online sale Wednesday of another 43 pieces, have netted a total hammer price of $967,700, according to figures released by Christie’s Auction House.

With the buyer’s premium — a 25 percent charge that the bidder agrees to pay to Christie’s on top of the hammer price — the two auctions brought in total payments of more than $1.2 million, Christie’s said.

Museum director Brian Kennedy had told The Blade he expected the auctions to generate $500,000 for the museum.

The Egyptian and Cyprus governments and at least one renowned archaeologist, Joan Connelly, opposed the auctions, voicing concerns that the ancient pieces would be forever lost to the public in the hands of private collectors.

“In this case, Toledo has suffered not only the loss of irreplaceable objects, but loss of its patrimony,” she said.

Mr. Kennedy was unavailable for comment Wednesday. The museum’s communications director, Candice Harrison, referred to his public statement released Monday in response to the controversy over the sales.

Mr. Kennedy says deaccessioning is a natural process used by privately funded U.S. institutions to help them acquire new pieces that improve the quality of their collections. Deaccessions are done in compliance with the Association of Art Museum Directors, the American Alliance of Museums, and the International Council of Museums.

Christie’s has sold more than 7,000 pieces through partnerships with more than 300 institutions in recent years, including from the collections of the Art Institute of Chicago, Seattle Art Museum, the Metropolitan Museum of Art, the Museum of Modern Art, and the Museum of Fine Arts in Boston, which has one of the biggest collections of Egyptian artifacts in the country.

The Toledo pieces auctioned off over the last week, artifacts from Egypt, Cyprus, Greece, and Italy, were acquired by the museum in the early to mid 1900s. Some, museum officials said, were duplicates and while important to history, their sales allow the museum to acquire works from a time period they might not have been able to acquire otherwise.

“With the exception of glass, the Toledo Museum of Art does not seek to be comprehensive in any collecting area; the Museum's focus is on great works of art across time and geography,” Mr. Kennedy wrote in a response to Cyprus ambassador Leonidas Pantelidas, who sent a letter asking that the live auction on Tuesday be postponed.

The Toledo museum has more than 1,500 antiquities in its collection and that number increases to more than 5,000 when its ancient glass collection is included, Ms. Harrison said.

The highest selling antiquities at Tuesday’s and Wednesday’s auctions were an Egyptian limestone fragment from the Early 26th Dynasty that sold for $130,000, and two Egyptian bronze figures, a falcon from the Late Period to Ptolemaic Period and a cat from the Ptolemaic Period, sold for $60,000 and $65,000, respectively.

Minimum bidding for the limestone relief was set between $25,000 and $35,000, a price that was driven up by different variables, including quality of the piece, and who was bidding, according to Christie’s.