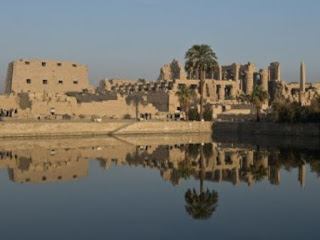 Ali Rezq, the chief of the Administrative Prosecution Authority, has ordered prosecutors in Luxor to conduct investigations into a dance party held at Karnak Temple in Luxor.

In a statement, the prosecution said that several news websites and media channels reported on October 11 that a dance party took place at the ancient archaeological site.

A video shared on social media provoked angry reactions from residents of Luxor, who were upset at the use of an important historical site for a modern party event, particularly since the festivities did not conform to traditional values.

They added that parties of this sort often involve alcohol.

Rezq said that such practices cannot be allowed, since Egyptian antiquities should not be used for the purposes of partying, particularly when such events are not licensed.

Parties with large numbers of people could lead to damage to ancient sites, and the Administrative Prosecution must ensure that such events are not repeated, he said.