In a new book, the archaeologist makes the case that ancient history illuminates solutions to modern problems. 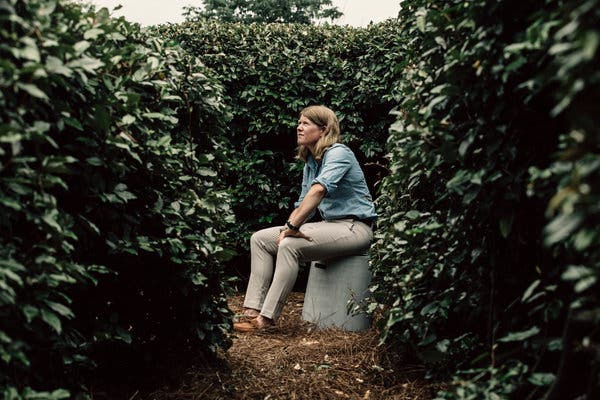 Sarah Parcak, an archaeologist at the University of Alabama at Birmingham, has scoured the globe for the faded outlines of Egyptian cities, Viking ruins and other ancient sites — often with a camera crew watching over her shoulder.

She specializes in finding good places to dig in satellite imagery before anyone even lifts a trowel.

In a book to be published on Tuesday, "Archaeology From Space: How the Future Shapes Our Past," Dr. Parcak recounts her globe-trotting adventures and describes how the view from above has revolutionized her field.

On a recent morning, I talked with her via Skype about how the rise and fall of ancient civilizations might light the way through our own struggles. The conversation below has been edited and condensed for space and clarity.

What on Earth Is Going On?

Sign up for our weekly newsletter to get our latest stories and insights about climate change — along with answers to your questions and tips on how to help.

Let's say you want to find some new ruins from orbit. How do you start?

Before we even start looking, we spend a lot of time looking at articles and books. What are the types of features that you might find in this area? And then we start testing different algorithms, or different remote sensing processing techniques.

It's kind of like a detective investigation, right? We're looking at what techniques, what satellites, what processing methods work — 999 times out of 1,000, you fail miserably, because welcome to science. But you have those one or two things that may be a hint of something. And you just keep noodling at it until you figure out what works.

You've been doing this for about two decades. Did you run into any opposition at the beginning?

Yeah, so I was actually known as "that satellite girl," which is problematic on so many levels. But there was a cohort of us in the early 2000s that really started applying the technology on a much larger scale. I think the work that I and many of my colleagues did helped to open a lot of people's eyes.

I gave a talk at a big archaeology conference about 10 years ago, and this creaky, elderly professor from Harvard, a very eminent scholar, came up to me. I thought, "Oh no, he's going to say something." He goes, "When I get home, I'm going to do a Google." Like, he was going to check out Google Earth and look at his sites. I'm like, yes!

So yeah, it's been a battle. But I think we're there.

You've been a lead character in BBC documentaries, a National Geographic Explorer, a TED Fellow. Why did you want to write a book?

When you look at what books are in the archaeology section of a bookstore, it's mostly these pseudo-archaeological books by people who write that aliens built pyramids or other outlandish theories. And that's not what archaeology is.

Archaeology is this incredibly rich field that helps to show the full trajectory of our humanity, all the good and all the bad, all our creativity, all of our foibles, the fact that our common humanity hasn't evolved in 300,000 years — while our technology has.

That's really why I wanted to write this book. I wanted to show how archaeology really works, and what we actually do with the evidence we have, and how all these amazing new technologies are helping us to ask new, bigger and better questions about the past.

How do you think the popular accounts of your field get it wrong?

There are two different strands. On the one hand, you have something like a PBS "Nova" special, which is beautifully shot and carefully researched. Keep doing those.

And then you have "Ancient Aliens," on the History Channel. If you look at a survey that was done by Chapman University, we've seen a significant increase in the number of people in the U.S. who believe that ancient aliens built or had an influence on ancient cultures.

I watch these shows because I want to be educated, and you have engage with these people to try to change minds.

In the book, you spend a lot of time on the decline of Egypt's Old Kingdom, and the idea that someone living then could witness catastrophic changes during their lifetime. What was that period like?

This is about 4,200 years ago. Egypt relied on the flooding of the Nile every year. If you have a consistent pattern of years and years and years of poor floods, that's going to cause a drought.

You also have this king, Pepi II, who ruled for about 90 years. And you had a weakening economy. So you had political instability, economic insecurity — and obviously the drought as well — causing social instability.

As a result of this, you had no foreign expeditions, you had no more pyramid building. You have this massive drop in the quality of the art. It's like no one was going to college to learn how to draw anymore. It was definitely at least a generation, if not two, before things started to get better.

So the Old Kingdom fell because of political instability, economic insecurity, social instability and climate change?

As you write in the book, they obviously did manage to rebound, during the Middle Kingdom. Any tips we should take away?

If somehow we can figure out how to make economic opportunity more equitable, we've got a chance of getting through this. And that's certainly the lesson that the end of the Old Kingdom teaches us.

You obviously had massive power, massive wealth focused in the hands of the king and his court. There was a very clearly defined lower class that wouldn't have had, say, opportunities to get money to have nice burials — that's really how we look at economic differences in the archaeological record.

But as the money toward the end of the Old Kingdom flowed to the provinces, there was more economic and artistic social independence. More people had more access to more opportunities. And that's when you really see the developing of more regional art styles in Egypt, as well.

So yeah, I think there's a big lesson for us. More economic opportunities in more regional areas could lead to flourishing.

Setting the fate of the civilization aside, what do you think is next for space-based archaeology?

We're not far away from satellite imagery that has a resolution of three inches. Imagine being able to zoom in from space and see a shard of pottery — we're really close to that.

The other thing is that the field is shifting from satellite to drones. We're not quite there yet, but within a couple years, we're going to be able to capture very high resolution hyperspectral data, and laser mapping from autonomous vehicles, and that is going to transform the field as much as satellite imagery has. 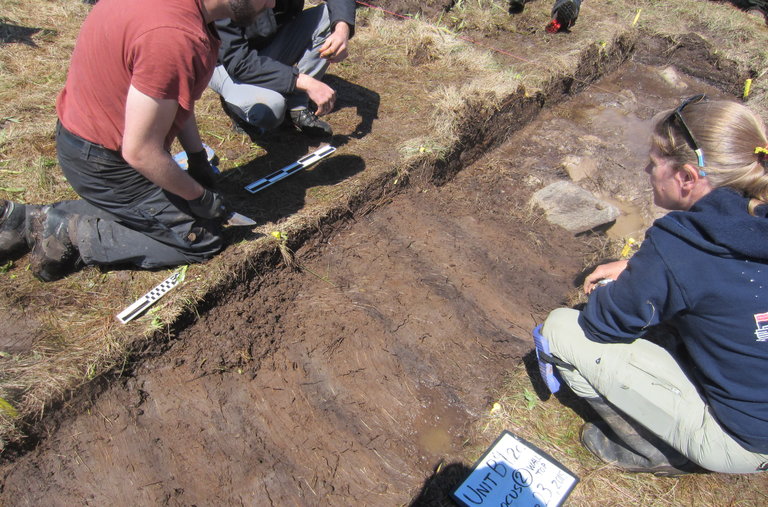 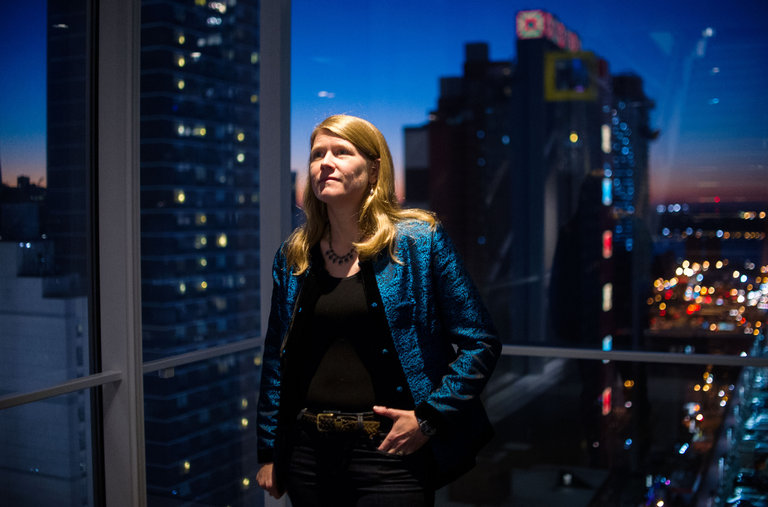 A version of this article appears in print on July 8, 2019, on Page D5 of the New York edition with the headline: An Archaeologist Who Starts Her Digging Very High Up. Order Reprints | Today's Paper | Subscribe
Posted by Glenn Meyer at 9:38 PM