Ancient Egyptians Had Totally Different Set of Zodiac Signs, Find Out What’s Yours 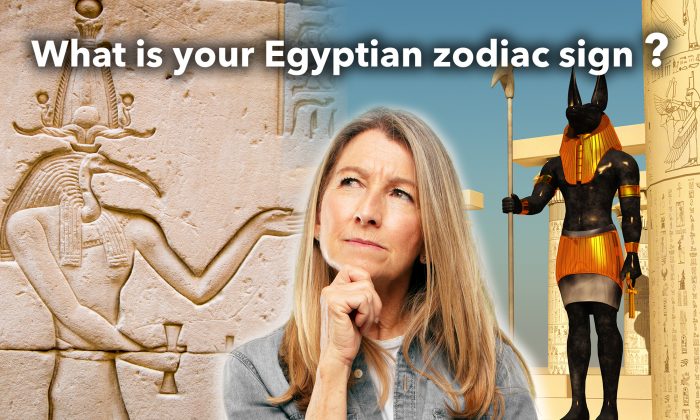 Ancient Egyptians Had Totally Different Set of Zodiac Signs, Find Out What's Yours

While many people know their astrological signs in the Western and Chinese Zodiacs, few people today know anything about one of the most ancient zodiacs in the world.

It comes from the land of the Pharaohs, the Sphinx, and the Pyramids! That's right, we're talking about Ancient Egypt.

Of course, the Egyptians didn't have the same way dividing the year up as we do. The year itself was divided into three seasons (120 days each), and each sign of the Zodiac would recur multiple times in one calendar year.

Today, we'll look at this zodiac and see what it can tell you!

The Nile River is the longest in the world and its fertile delta and annual floods were vital for the survival of Egyptian civilization. For people who were born under this sign, their main quality is perfectionism. These practical people are doers who pay attention to all the little details. They are good at seeing what needs to be done and making it happen.

However, perfectionists often have trouble dealing with the times when things don't go as well as they'd hoped, especially if it's someone else's fault. The animal for this sign is the antelope.

The powerful God of creation in Egyptian mythology is the sign for those who have an innate gift for leadership. These dominant personalities are naturally oriented toward being in control and having a team behind them.

While these people's sense of resolution, if not stubbornness, makes them good at the top, they have a much harder time being good team members in situations where everyone is equal.

The sacred animal associated with this sign is the ram.

In Egyptian tradition, Mut is the Goddess of the Sky, and those who have her as their sign have the chief characteristic of being protective. Looking out for others is what they are good at and what brings them joy.

This means they are very good at giving and investing in other people's lives. The problematic part of their personality is that they become heavily invested in these relationships and can feel hurt and withdraw when they don't work out.

Their sacred animal is the vulture.

People who are born to this sign are under the God of the Earth and are defined by the compassionate part of their personality. They are kind souls but have the tendency to stick themselves first and foremost.

When they do engage with other people, they are the kind of people you can count to be there when you need them most. The problem is that they can overwhelmed trying to help everybody else.

Their sacred animal is the goose.

People born under the sign of Osiris, the God of the Underworld, have a fundamentally divided personality, much like Gemini in the Western system. On one hand, they can be incredibly brave. On the other hand, they can be very sensitive.

This curious mix of traits mean that they fare very well in leadership positions and can command the support of others but that they are also very sensitive to criticism and don't respond well to it.

Their sacred animal is the bull.

The Goddess of Nature reigns over people born during these times, and her children are defined by their self-sufficiency. These people can stay calm and level-headed no matter what comes their way. They depend only on themselves to solve the problems they face.

However, they can end up shutting themselves off from the rest of the world if they feel that their plans or projects have been thwarted.

Their animal is the ram.

Thoth was the God of the Moon in ancient Egypt, and people born under his sign will be creative. These lunar children can see things from many different vantage points and have great intuition. They are able to try new things and new ideas without fear.

What's difficult for these people is admitting that their first impression and gut feeling might have been wrong!

Their sacred animal is the ibis.

Being born under the sign of the God of the Pharaohs, reigning over earthly powers, those who have this sign are distinguished by their boldness. Not ever letting a chance pass them by, they aren't at all risk averse. They desire power and leadership not only for themselves but also for others.

Their problem is not respecting rules and boundaries, which they often see as made for others, not themselves.

The snake is their sacred animal.

This God of Death, represented with a dog's head, is the sign for emotive people. These sensitive souls feel everything deeply, both their own pain and that of others. The problem with their ability to emote is that it can lead them to become overly invested in other people's situations.

Their animal is the jackal.

Seth is the God of Chaos, and appropriately enough, people with this sign are unpredictable and capable of swinging back and forth between extremes. They don't take orders from anyone and have a major rebellious streak. However, if allowed to work on their own, they can find extremely clever and original solutions to problems, since they think outside the box.

Their animal is a hybrid of several others, including an aardvark, a donkey, and a fox.

The Goddess of Cats is the sign for peaceful people. These people seek balance in their lives and in the situations they find themselves in, avoiding conflict at all costs. Given the chaos of this world, they often retreat or escape to other realms in order to find the peace they seek.

Their sacred animal is the cat, of course.

As the Goddess of War, Sekhmet is the sign of another dual personality (like Osiris). On one hand, people born under her are inflexible, whereas the other side can be very easygoing. When they are the former, they can be incredibly rigid and strict, demanding adherence to a set of principles and guidelines. When they are the latter, they're much more likely to let things pass them by happily.

While it's not guaranteed which side you will get, you should always expect a capacity for both.

Their animal is the lion.