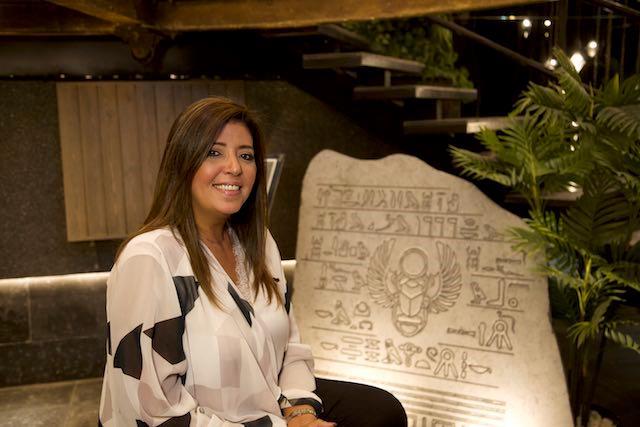 (MENAFN - Daily News Egypt) It all started as a regular designing project of the veteran award-winning architect Dalia El-Saadany. The timeworn building in the heart of downtown's AUC's GrEEK campus held nothing for her but the authenticity of last century when it was built. When the international ambassador of design stumbled upon what she saw as a 'time machine' that took her to another era, she felt others should explore it as well.

The giant theatre turning table machine, was the star of El-Saadany's fairytale which she soon turned into reality.

In a few months of intensive work, El-Saadany turned the basement of the private international information technology company into a museum in which she displayed the information she found proving that ancient Egyptians are the origin of this knowledge. This is proof that took her six months of continuous research.

The veteran architect's design won the Golden award in the International A'Design Award and Competition in Italy for the first qualitative museum. The award is one of the world's largest annual juried design competition that honours best designers, architects, and design-oriented companies worldwide. A large number of designers, almost 13,000, compete in more than 105 design fields from around the world.

Daily News Egypt interviewed El-Saadany to delve into her long journey of creating the basement from scratch, exploring where the idea came from, and the struggles she faced until reaching the 13th international award, the transcript for which is below, lightly edited for clarity: What inspired you to come up with a design about the ancient Egyptian civilization?

There is not a single person that can show up telling you I was inspired by a certain thing. Anyone with a career about creativity, does get a light bulb that pops into one's head even maybe when he is asleep. But things happen, and they lead you into deciding the steps you should take in order to reach a certain design.

I was doing another design for the same company through which I was expanding the upper floor and redesigning it. When I was removing the flooring, I stumbled upon a hatch-door through which we crawled under ground to find an 80 cm height basement that has a huge 10 metre width machine. We later discovered it was a theatre turning table machine.

The moment I laid my eyes on the machine, I knew I wanted it. Discovering it, changed the whole designing plan - opening new aspects of ideas.

I decided to dig down for two metres to actually create an actual basement to expose the machinery.

Thinking that the machine is a turning table, opened a new path of thinking, of redesigning the whole building in order for the basement to be the past, the ground floor is the present, and the higher floor is the future. For me, it looked like a time machine, and I decided to actually let it take people in time and place to the past.

But why did you choose ancient Egyptian civilisation in particular?

I have studied and taught the history of architecture for as long as I remember. The more you read about history, the more it leads you into knowing more.

Would you please explain more about the connections you found between the two sides? How did you find out that ancient Egyptians were the origin of information security?

They both run the same method. Both work under the umbrella in which your class at the entity defines the amount of information you see.

When you think of the concept of a 'password', it is documented that the pharaohs had rings with shapes that determine the amount of knowledge this person has access to. This is identical to the modern concept of a password that logs a certain individual into a certain amount of information, as well at the website.

When it comes to encryption, users see a number of letters and numbers no one but the people on the other side can read and transform into a set of readable useful information. Ancient Egyptians wrote on their archways holographically which is all about symbols, and within these symbols there were other drawings that, as a commoner, you cannot read. The people whom these drawings are sent to, perfectly understand the hidden sent message.

Throughout my six-month research, I've come to discover that the main concept of preservation of the information saw the light for the first time by the Pharaohs 7,000 years ago to save the information from real thieves, while firewalls are currently designed to save online data from hackers.

The ancient anti-virus, which is the aggressive way of stopping someone from getting inside, attack and kill them, is the same aspect of the curse of the pharaohs in which they used two chemical materials to interact with the oxygen leading to the creation of a hallucinating acid. So, they evacuated the tombs from the air, and when thieves got in the interaction of the two materials led them into seeing things attacking them.

What triggered you into reflecting the things you found, at the walls of the museum?

Throughout modern history, we have done nothing regarding our history but slightly showcasing it. We have not done much effort about it. I wanted to do something different, I wanted the world to know that modern Egyptians are as smart as the pharaohs. Finding all of this information led me to decide to take people to a trip into the history of what their company does, which is information security. 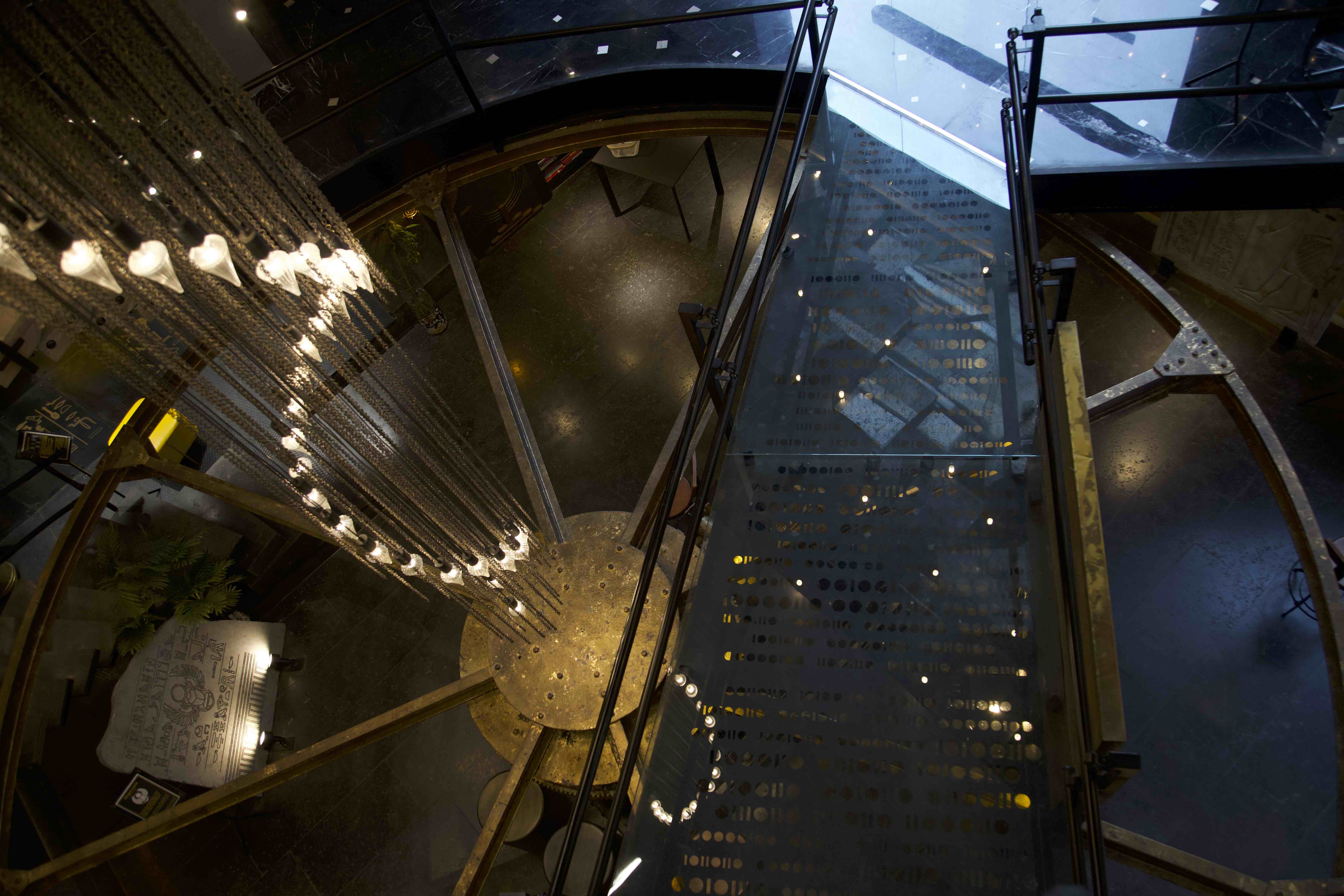 Did you get any help from sources other than research?

Yes! I got the help from a number of Egyptologists. They made sure that all of the inscriptions I am engraving on the walls are correct, because at a certain level, changing the wedge of the ducks' tail changes the meaning completely.

For a while, I wanted to engrave things on the ground, but they stopped me assuring that such things are sacred, and gods' names cannot be written on the floor.

What were the main challenges facing you building a third underground floor?

Underground water of course was the biggest, most challenging factor facing us. We were digging and all of the sudden we found water floating down from everywhere, and we were walking on very thin lines, not knowing the foundation.

We also did not have any technical drawings of the building. So, we did not know to what extent we can break away from the main structure. It is so much easier to build a new place than restoring an old one.

What is the main message you aimed to deliver with this museum?

I wanted to put our foot down that we are not a part of history, we created history, and the west built upon that. I aimed for young people to read about their history because it tells a lot about how ancient Egyptians were the origins of several things, just like information security, astronomy, computer science, medicine, make up, and fashion.

I wanted people to know that young generations started reading about history.