At Al Moaskar site – which contains industrial workshops dating from the sixth century to the second century BC – Many reused objects were found in the workshops, which represent parts of the various temple elements. Some of these parts consist of royal statues of the 18th Dynasty and parts of carved limestone blocks. The mission also found at the western side of the site, a building from the Ptolemaic period containing bread baking ovens according to Dr. Aiman Ashmawy, the head of the Egyptian antiquities sector and the Head of Egyptian side of the Mission.

As for the area of the Temple of Nectanebo I, Dr. Dietrich Raue, the head of the mission, said that a group of basalt blocks were found that show inscriptions representing the nomes of Lower Egypt during Nectanebo I's reign. 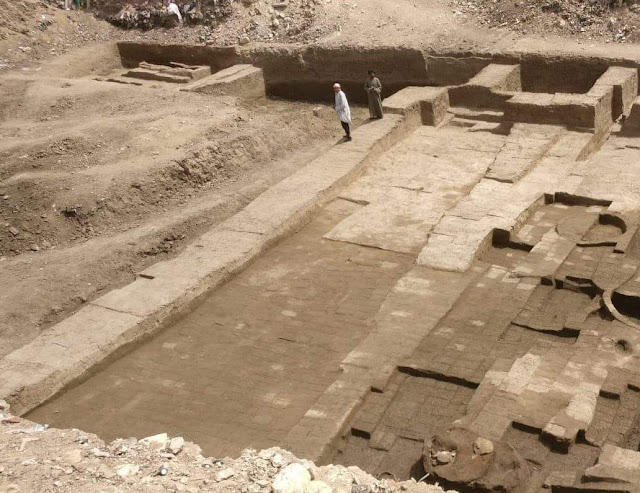 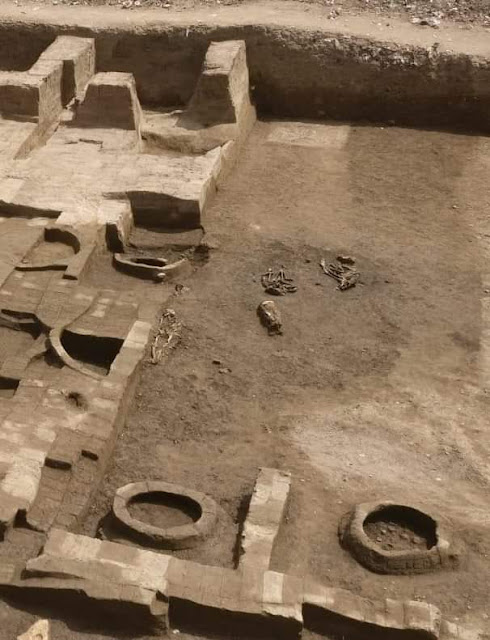 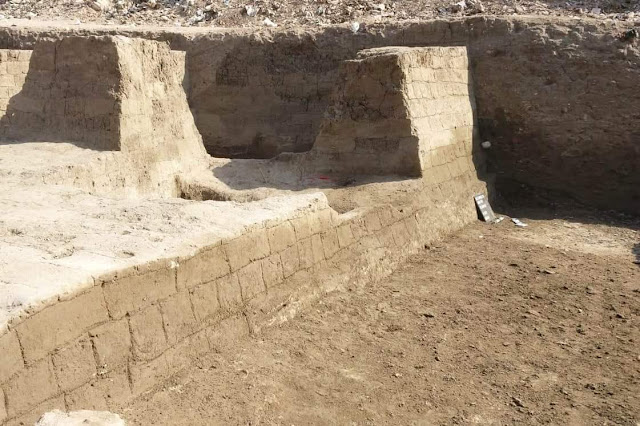 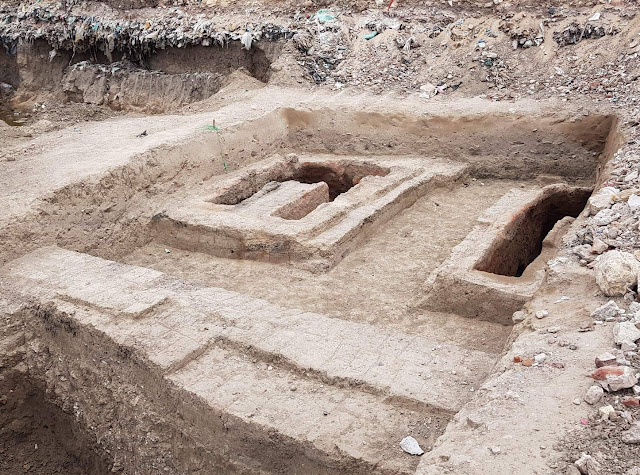 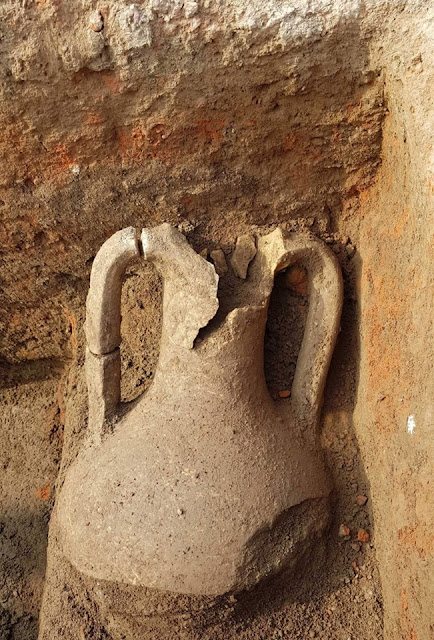 Other blocks of red granite were used in Nectanebo I's temple as well as limestone blocks were parts of a chapel.
Posted by Glenn Meyer at 9:30 PM