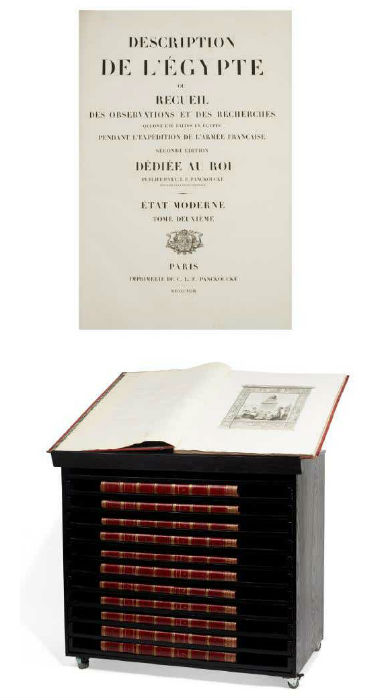 LOS ANGELES – A rare and complete second edition of Description de l' Egypte … , C.L.F. Panckoucke (1820-1830), including foldout maps, elephant folios and an atlas folio, sold for a world record price of $220,000 at Andrew Jones Auctions' Design for the Home and Garden Auction held May 18-19. Absentee and Internet live bidding is available through LiveAuctioneers.

The antiquarian Egyptology set (above), complete in 38 volumes, was the top lot of the sale. The auction featured over 550 lots of market-fresh fine art, design, antiques and Asian works of art from several important collections and estates.

The sale included property from the collection of Kate Edelman Johnson, with proceeds going to benefit the Johnson Charitable Remainder Unitrust and the Deane F. Johnson Alzheimer's Research Foundation; and items from the estates of the late actor Peter Falk (star of Columbo, a popular TV crime drama of the 1970s), and items from the estate of Jack Levin, a prominent Los Angeles decorator for over 50 years.

"This sale was really special," said company president and CEO Andrew Jones, "It was held on the year anniversary of our founding. The breadth of the spectacular property offered drew vast international interest and far exceeded our expectations." The two-day sale featured 550 lots and achieved a total of $1.5 million. Nearly 100 people attended in person; 1,935 participated online. 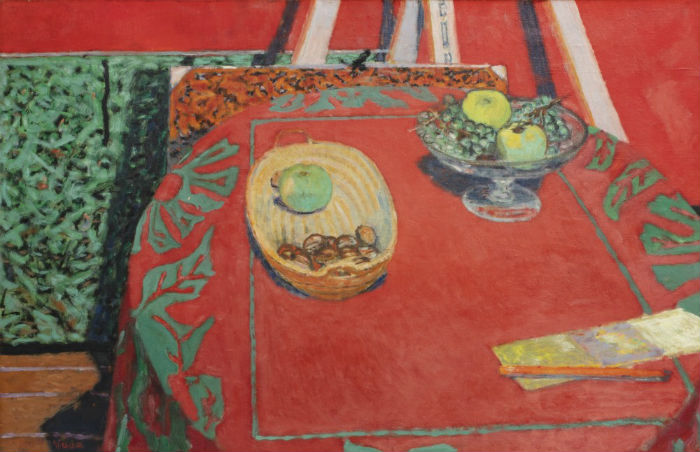 Following are additional highlights from the auction. All prices quoted include the buyer's premium.

One of the many highlights of the sale was the special guest star auctioneer, the indomitable Andrea Fiuczynski, who took a spin on the rostrum for the property from the collection of Kate Edelman Johnson. A notable lot from that section was an oil on canvas painting by Maurice Brianchon (French, 1899-1979), titled Nature morte au tapis rouge. It gaveled for $11,875. 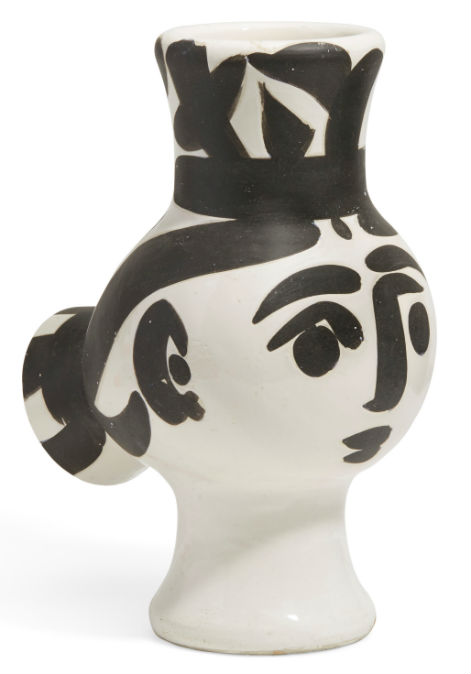 From the same collection, a Pablo Picasso linocut from 1958 titled Expositions Ceramiques Vallauris, Paques reached $5,750. Multiples by Picasso also performed well across the board, with a ceramic vase titled Chouette Femme (1951) surpassing its estimate to sell for $11,875; and a linocut titled Pique III from 1959, knocking down for $45,000. 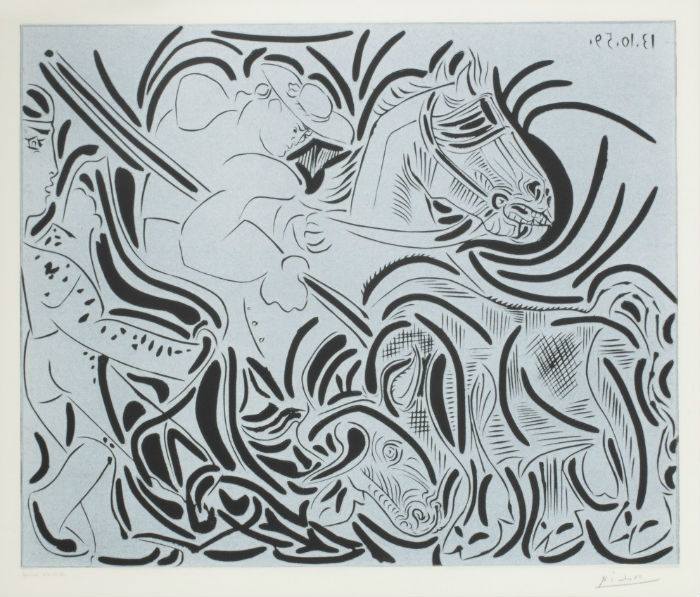 The same collection that contained the set of Egyptology books also included masterworks of Art Deco design, including a wrought iron and marble table by Edgar Brandt that sold for $38,750; and a version of the avant-garde sculptor Joseph Csaky's gilt and silvered bronze Tête de femme that made $45,000. 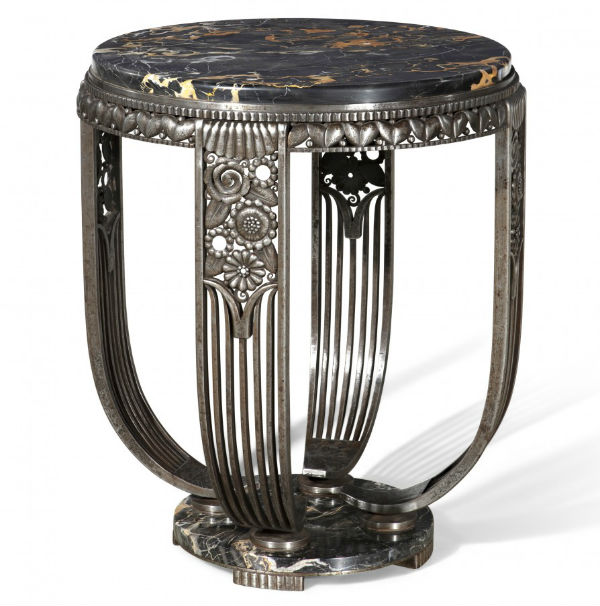 Also in the sale were the collections of Frances and Sidney Brody, Anthony Francis M.D., New York City collector Lauren King, a residence decorated by Patahaus Italian Design, and private sources in Altadena, Hollywood, Long Beach and Philadelphia. All made for a successful sale.