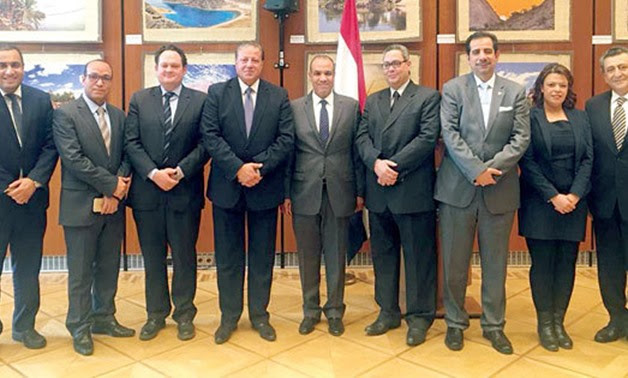 By: Mustafa Marie
CAIRO - 12 May 2019: The Egyptian Embassy in Berlin launched a cultural blog to preserve and digitalize the Egyptian heritage.

The cultural blog comes as part of a cooperation program between the Egyptian National Library and Archives, Faculty of Archeology in Fayoum University, Department of Islamic Studies at the German University of Marburg and the German Association for Scientific Cooperation.

The launch came in the presence of a number of accredited ambassadors and officials of the German Foreign Ministry in addition to a number of German citizens and members of the Egyptian community in Germany. Ambassador of Egypt to Berlin Bader Abdul Ati stressed the importance of the efforts exerted to preserve the Egyptian heritage and digitalize it, pointing to the Egyptian leadership's keen interest in culture and civilization, in addition to establishing a large city for culture and arts in the new administrative capital, beside the establishment of the Museum of Civilization and the launching of the Grand Egyptian Museum in 2020.

The ambassador further stressed the importance the state attaches to improving the mechanisms of preserving monuments, documents and manuscripts and that this serves not only Egypt, but all humanity, as the Egyptian heritage is a world heritage. The ambassador also praised the cooperation between Egypt and Germany in various fields.

Abdel Ati noted that Egyptian Minister of Antiquities Khaled el-Anany will visit Germany in the upcoming days in the framework of further cooperation between Egypt and Germany in the areas of monument preservation and training provision. Head of the Egyptian National Library (ENLA) and Archives Hisham Azmi spoke about the important efforts exerted by the ENLA which was established in 1870 to benefit from international expertise in the preservation of thousands of manuscripts which represent a great human asset.

Last but not least, the head of the Islamic Studies at Marburg University stated that the horizon is fully open for further cooperation between Egypt and Germany in the development and preservation of manuscripts and documents in light of the multiplicity of German centers and institutions in this field.