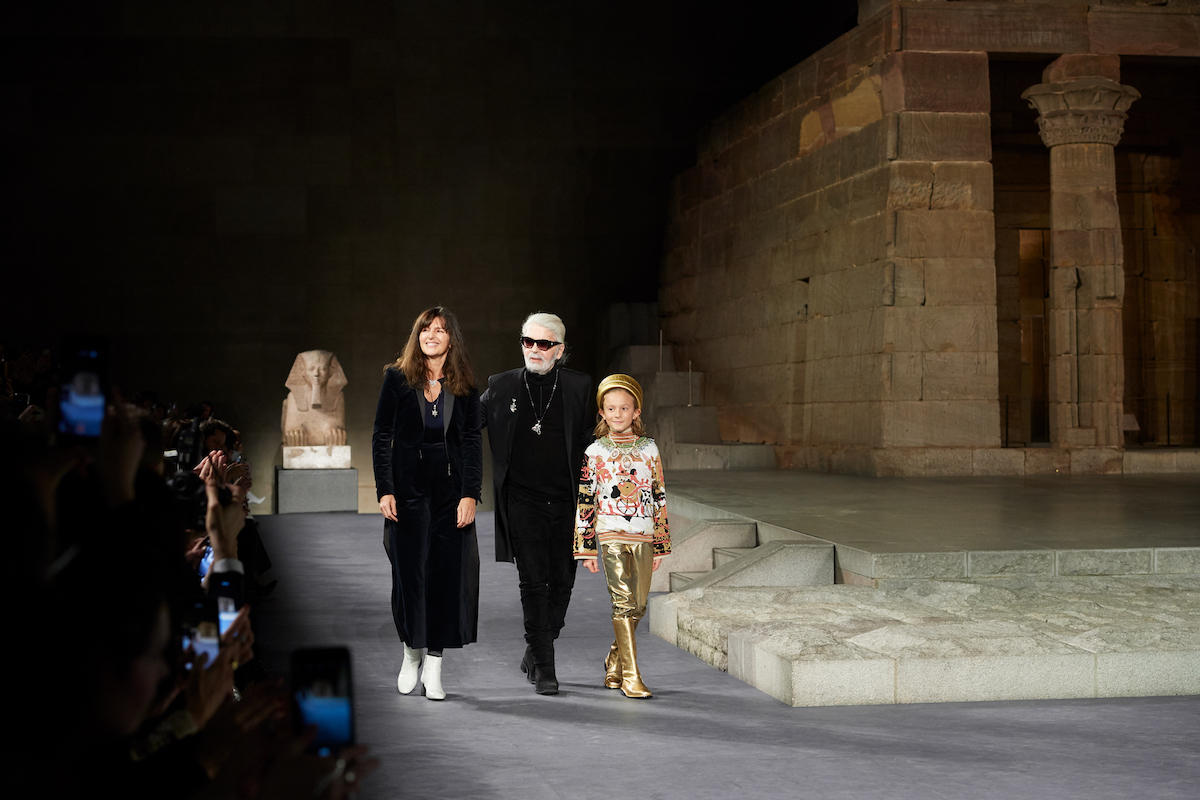 The sandstone Temple of Dendur was where the Godfather of Fashion made his last runway walk. A symbol of the cultic worship of Iris, it's one of the most recognised symbols of ancient Egypt, a monument gifted to New York's Metropolitan Museum of Art forty years ago. Its grandiose high columns, ceilings and towering pillars was a fitting setting for Karl Lagerfeld's last appearance. He had always nursed a soft spot for ancient Egypt. The civilisation was the inspiration for Chanel's recent Metiers D' Art collection. Established in 2002, the annual showcase celebrates the maison's masterful ateliers and artisans that produce its creations with savoir fare — think goldsmiths, shoe makers, glove makers, and embroiderers. Presented in December, the collection exists outside of your fashion show schedule, and is typically linked to a destination. This year's collection renders its locale as a fitting inspiration for the collection.

Symbolism
Lagerfeld was inspired by ancient Egypt's sacred symbol: The scarab beetle. Appearing as earrings, minaudières, buttons, and necklaces, these were created by the House of Goossens using a mould created by founder and famed jeweller Robert Goossens, who was also part of Gabrielle Chanel's bohemian circle of friends. In ancient Egypt, yellow represented all that was eternal and indestructible, often closely associated with nebu, an Egyptian word for gold. A revered metal reserved for nobility and the elite, its association to ancient Egypt began with the excavation of King Tutankhamun's tomb in 1922. The rich metallic colour dominated the collection, in variations of shades that included ones burnished, shimmering, bronzed and even cracked. Modern boaters with a folded back brim dressed the models' heads as they strutted out in knee high gold boots worn over legs flawlessly airbrushed in gold. Gold jewellery combined historical references, from Art Deco to Antiquity, in net camellias, cuff bracelets, hammered medallions and bejewelled earrings.

The collection will be available in boutiques from late June.

Unless otherwise stated, all photos are credited to Chanel