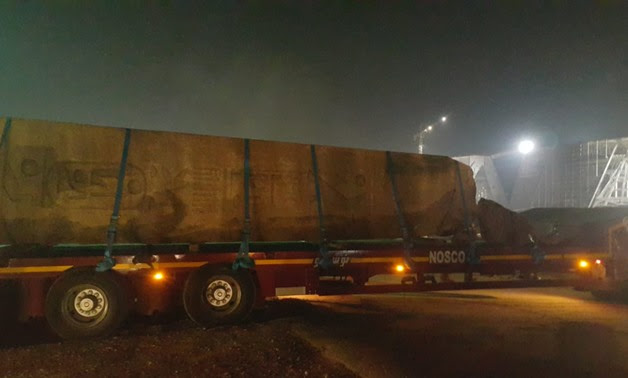 Previously, the Ministry of Antiquities declared that the archaeological mission at San al-Hagar finished restoring and compiling one of King Ramses II's statues at the site as part of the development project at San Al-Hagar site to develop it into an open-air museum.

A stela of 19th Dynasty King Ramses II was discovered in January 2018 by an Egyptian mission during working at San Al-Hagar site.

Furthermore, during excavations at San El-Hagar archaeological site, the mission found parts of a huge red brick building, probably parts of a bath dating back to the Greco-Roman era.

The mission also found pottery vessels, terracotta statues, bronze tools, a stone fragment with engraved hieroglyphs and a small statue of a ram at the archaeological site.

He recounted that although several foreign missions have worked on San Al-Hagar archaeological site, it has never been extensively excavated and has been neglected for some time.

"This neglect pushed the Egyptian mission and the Ministry of Antiquities to establish a comprehensive development project at the site to protect its monuments and convert it into an open-air museum," Waziri added.

San Al-Hagar is a prominent archaeological site that houses a wide collection of temples, among which are temples tailor-made to the goddess Mut, the god Horus and the god Amun. Several foreign missions previously worked at San Al-Hagar because of its archeological importance.

Waadalla Abul Ela, head of the ministry's projects sector, announced that a development project targets to establish a collection of concrete mastabas for the monumental blocks and stelae that were found in the temple.