Ancient Egyptian artefacts from Al-Bahnasa arrived at the GEM 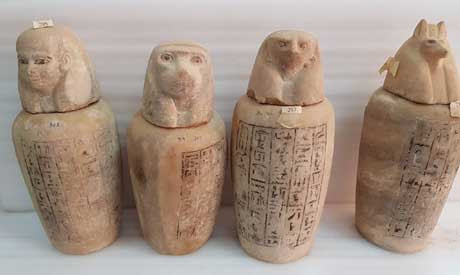 The Grand Egyptian Museum (GEM) received a collection of 71 artefacts today from Al-Bahnasa archaeological site in the Minya governorate in Upper Egypt.

Tarek Tawfiq, GEM Supervisor General, told Ahram Online that the collection includes several important ancient Egyptian pieces, such as the beautiful Nes-Ptah's sarcophagus with an anthropoid lid. Nes-Ptah was a noble and son of Thebes' and overseer Montumhat. The sarcophagus is inscribed with hieroglyphic texts and weighs a staggering five tons.

The collection also includes a red granite sarcophagus for a noble named User Montu, weighing three tonnes, as well as three colossi depicting the lioness goddess Sekhmet seated on the throne holding the symbol of life Ankh and the sun disk upon her head. Lastly, four canopic jars, with lids depicting the four sons of Horus, were also one of the artefacts transported to the GEM.

Eissa Zidan, Head of the First Aid Restoration Department at the GEM, explained that the collection was subjected to documentation and restoration before it was packed and transported.  The valuable collection was placed inside wooden boxes and covered with special foam layers which absorb the vibrations caused during transportation.

The GEM complex, located overlooking the Giza plateau, is a cultural institution located on an area of approximately 500,000 m2. Adjacent to the Pyramids of Giza, the complex includes one of the largest museums in the world, displaying the heritage of the Egyptian civilisation. It will contain over 100,000 artefacts, reflecting Egypt's past from prehistory through the Greek and Roman periods in Egypt. 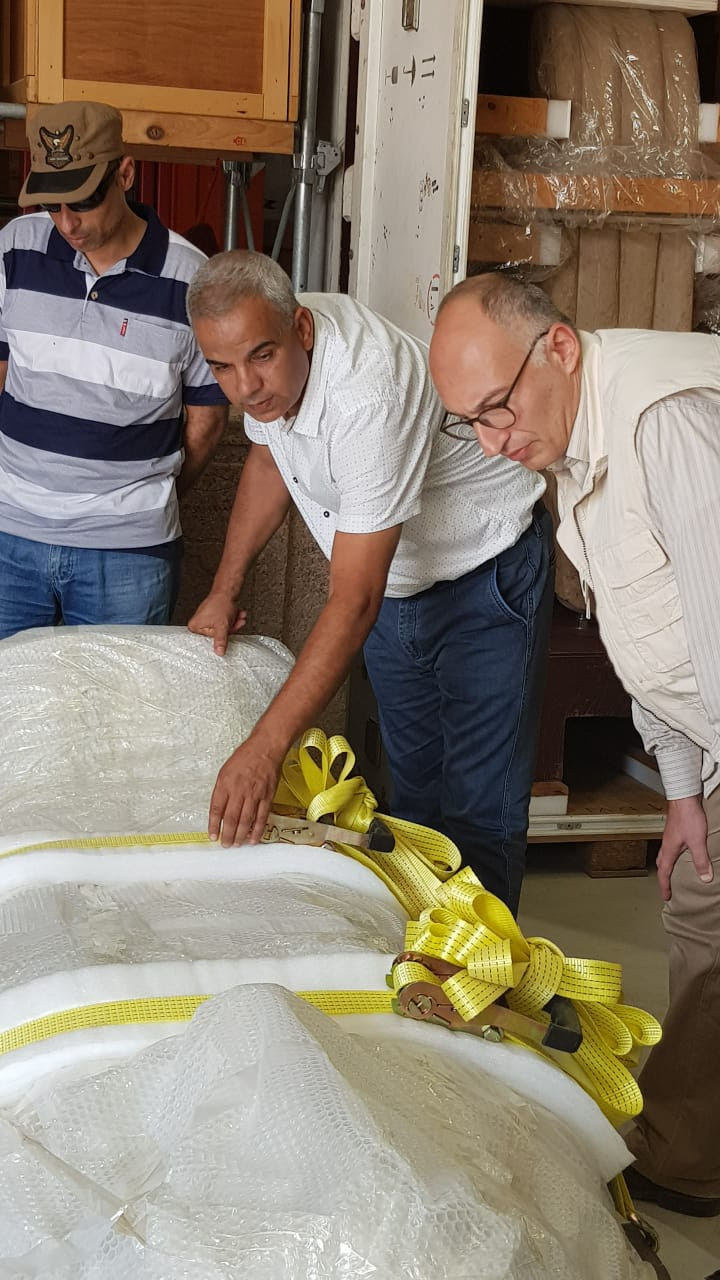 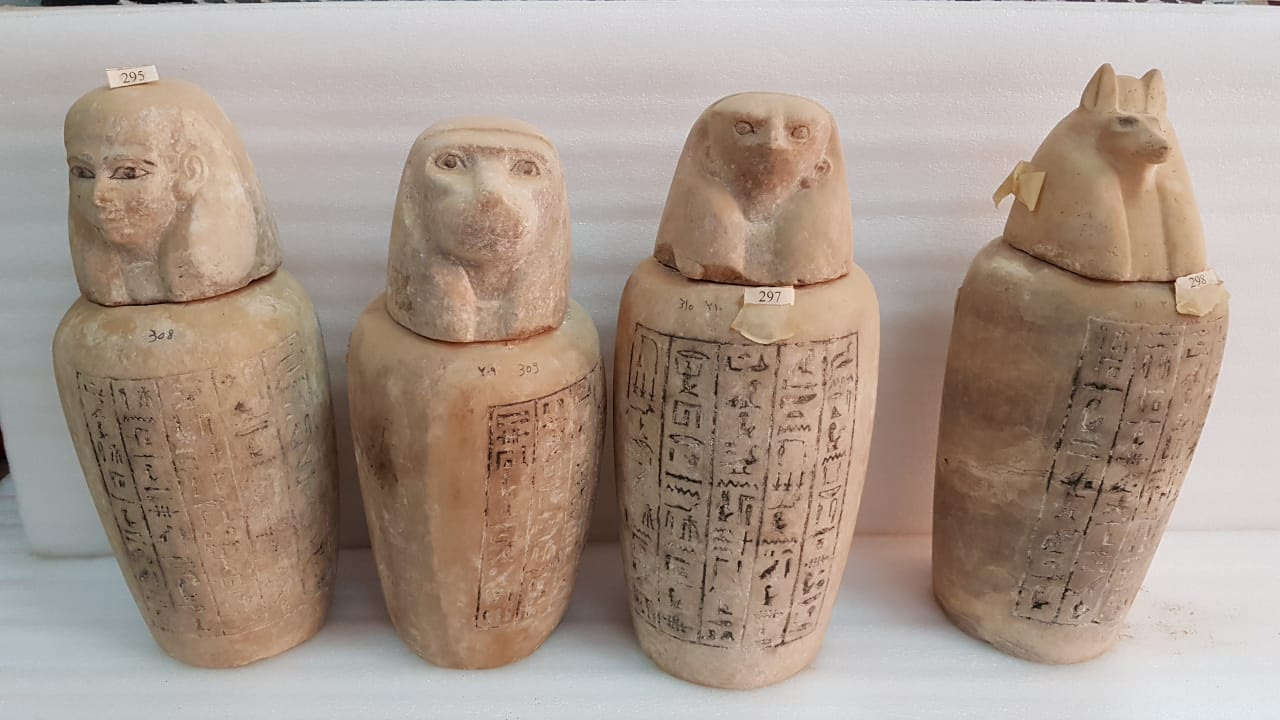 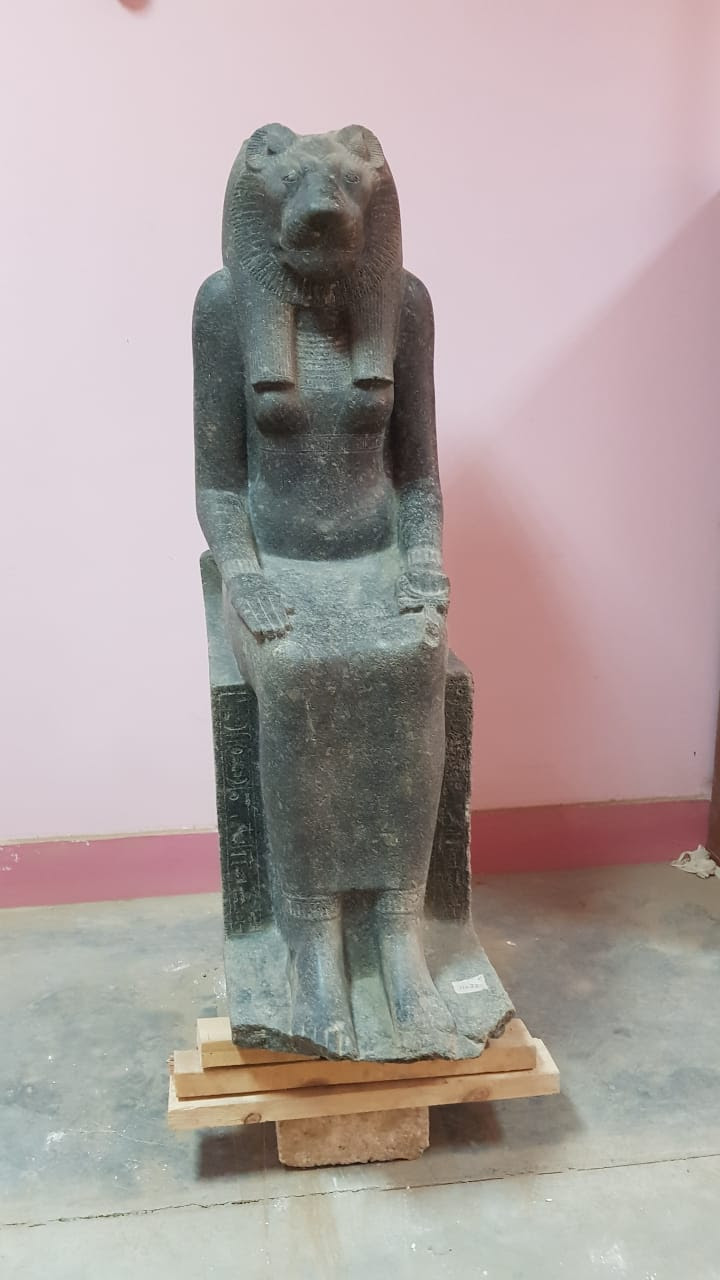