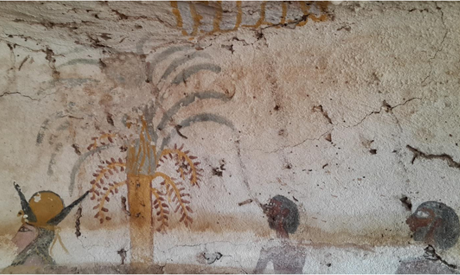 Excavations carried out by an Egyptian mission near the Aga Khan Mausoleum on Aswan's west bank uncovered an anthropoid sandstone sarcophagus with a mummy inside of a Late Period tomb.

Mostafa Waziri, the secretary-general of the Supreme Council of Antiquities, told Ahram Online that the mummy inside the sarcophagus is wrapped in linen and in a very good conservation condition.

Waziri pointed out that more studies are needed to identify the sarcophagus' owner.

He noted that the mission also uncovered a couple of Late Period tombs with walls decorated with scenes depicting several deities such as Isis, Hathor, and Anubis.

A fragmented collection of coloured stone sarcophagi was also unearthed, along with the remains of a wooden coffin inscribed with hieroglyphic text. head of a statue 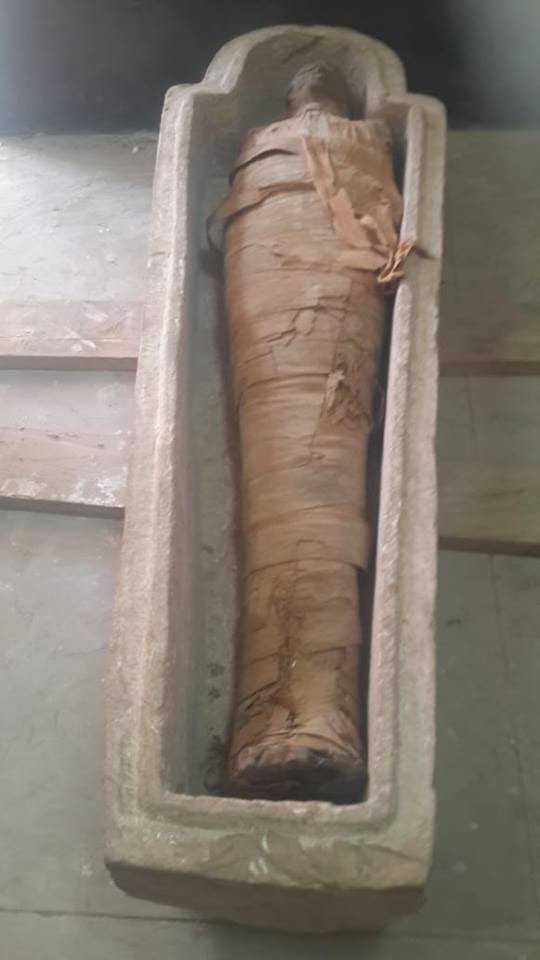 the mummy inside the sarcophagus

Abdel-Moneim Saeed, the director of Aswan and Nubian Antiquities, explained that a large number of mummies, which were haphazardly buried in the tomb, were also unearthed, suggesting that the tomb was used as a communal burial site.

Saeed added that excavations inside the tomb revealed an unidentified sandstone head of a statue, as well as a collection of amulets and scarabs carved in faience and a wooden statuette of the deity Horus.