The Great American Eclipse Is History So Start Planning The 'Eclipse Of The Century' ... In Tatooine

Jamie Carter Contributor i
I write about science and nature, stargazing and eclipses. 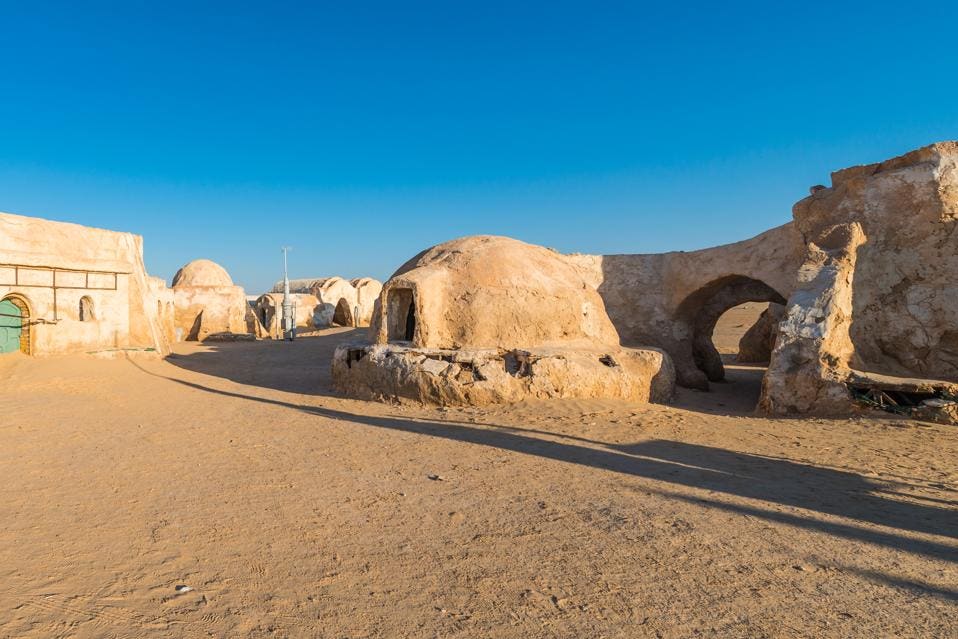 The Star Wars set for 'Mos Espa' in Tunisia will experience a total solar eclipse in 2027. Credit: Shutterstock

Hoping to tour the Stars Wars sets in Tunisia one day? Or see Egypt's Valley of the Kings? Make that day August 2, 2027, when the longest eclipse remaining in any of our lifetimes will plunge a narrow strip of North Africa into darkness for a whopping maximum of six minutes and 23 seconds.

The incredible spectacle of totality will be visible from the ancient city of Thebes near Luxor, Egypt. Also Mecca in Saudi Arabia, Islam's holiest city and the birthplace of the Prophet Muhammad. The moon's shadow will even travel across the Tunisian desert, with totality crossing the Mos Espa film set built for Star Wars Episode I: The Phantom Menace. Yes, the 'the eclipse of the century' will go over Tatooine!

It's going to make the Great American Eclipses look like warm-ups. Yes, there is another total solar eclipse in North America a few years before 2027's 'eclipse of the century', but Mexico, U.S. and Canada's four minute-plus totality on April 8, 2024 could well prove meteorologically challenging. The answer, of course, is to plan a trip-of-a-lifetime to coincide with 2027's eclipse. 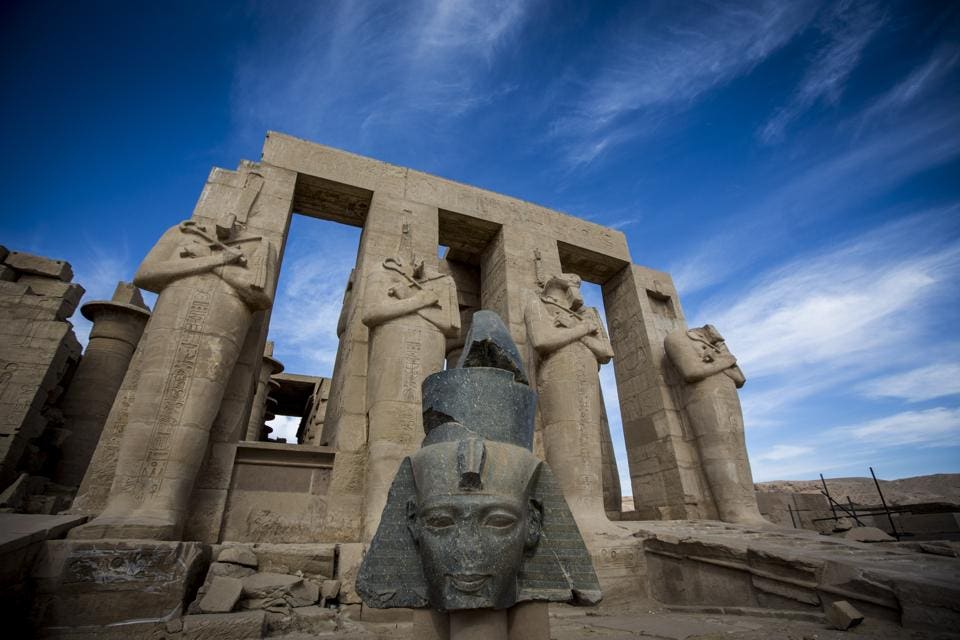 For those who like travel, being in a bucket-list destination during a rare total solar eclipse is a no-brainer. Besides, August 2, 2027 in North Africa is about as close to a surefire clear sky as it's possible to get. "It runs across the north coast of Africa, so you have a choice of places in Morocco, Algeria, Tunisia, Libya – if it's operating by then – and Egypt," says Jay Anderson, Canadian meteorologist and eclipsophile. It also briefly touches Spain before crossing North Africa, and after Egypt it dips to Yemen, Somalia and the Chagos Islands. "Nowhere along the track is the average cloud cover over 10%, and that's just at the coasts … weather is not going to be a problem, so you can pick the culture you want to explore." The only thing eclipse-chasers need to be aware of is heat, which in North Africa in August can reach 41°C/106°F at midday.

Despite its high temperatures, the honeypot site has already been chosen. It's Luxor in Egypt, close to the Valley of the Kings, the Valley of the Queens, and Karnak. Every single eclipse-chaser I talked to at the Solar Eclipse Conference a few weeks ago is planning to be in and around Luxor. "It's unfortunate that the eclipse is at the zenith [directly above] because it would be a spectacular place to see an eclipse lower down in the sky," said Nick James at the British Astronomical Association. There's no pleasing some people.

However, this total solar eclipse is not about clear skies and iconic locations, but duration. "Luxor in Egypt will be the longest total solar eclipse of my lifetime,"said Xavier Jubier, an eclipse-chaser and member of IAU Working Group on Solar Eclipses who keeps a website of interactive eclipse maps. "It's the next really big eclipse." From Luxor observers will enjoy 6 minutes 20 seconds of totality, just three seconds shy of the maximum possible to the southeast. The duration makes this eclipse only 19 seconds shorter than the longest total solar eclipse of the 21st century, which happened in 2009 in Asia. Most eclipse-chasers were clouded-out for that one. After 2027, the next longest is 6 minutes 53 seconds on June 13, 2132.

That all makes the Great North African Eclipse 'the big one' for most eclipse-chasers. So if you see a total solar eclipse only once in your life, make it August 2, 2027. Given that we can't all go to Luxor (and also for those who have already visited), here are a few enticing locations to consider: 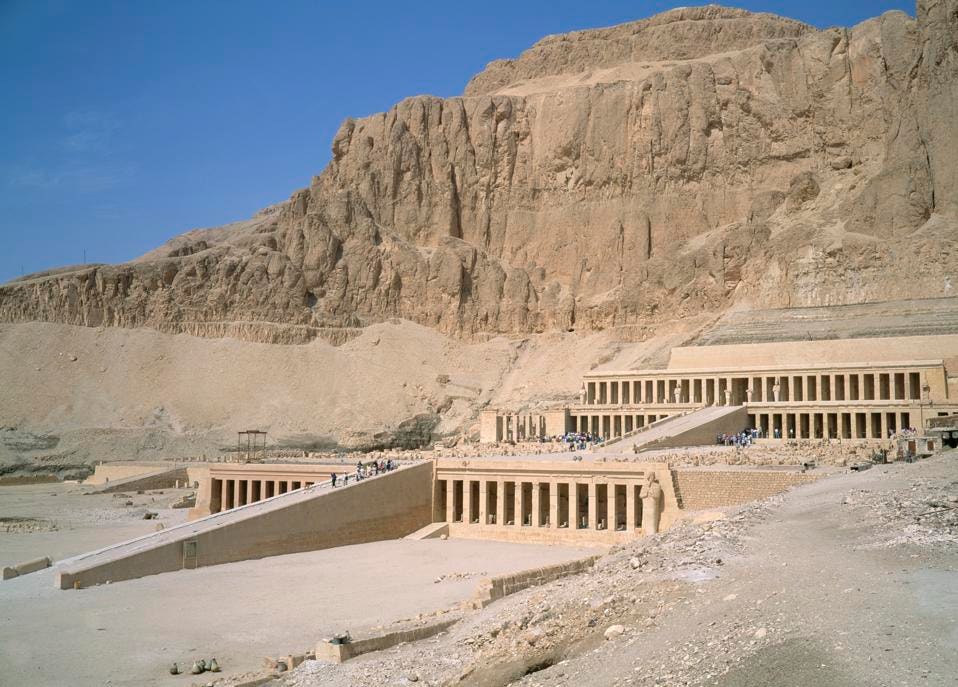 Anyone who's anyone will be in and around Luxor on August 2, 2027. The Temple of Queen Hatshepsut is the most famous, but there are plenty of other iconic sites nearby to consider; the Colossi of Memnon, Medinet Habu, and the Valleys of the Kings and Queens. Its East Bank is home to the massive Karnak complex and the Temple of Luxor. There are hundreds of hotels in the vicinity. 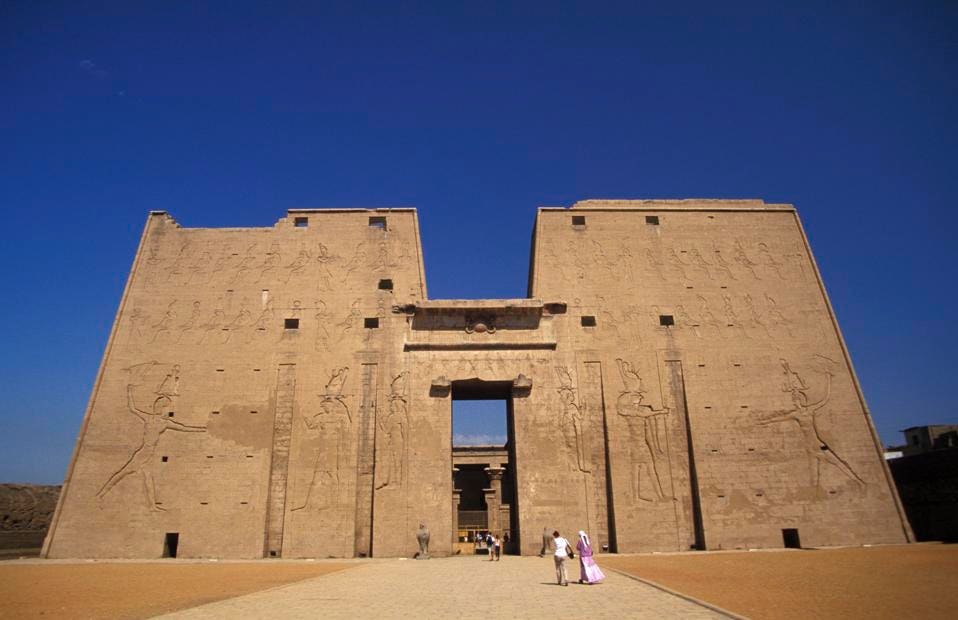 Temple of Horus at Edfu, Egypt

Luxor may be the obvious choice, but there are several other iconic temples you could watch totality from. One that stands out is Edfu, two hours drive south of Luxor on the west bank of the Nile, close to the Aswan Dam.

It's not all about ancient temples and Luxor, which will be heaving with people. Asyut, a city 350 miles northwest on the Nile, could well act as an overflow. 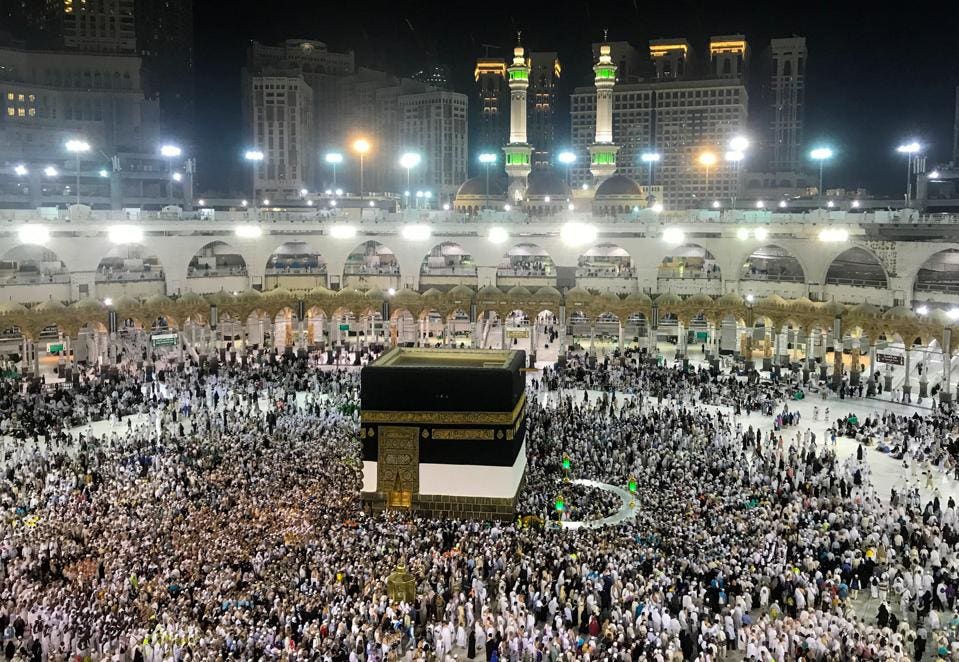 A total solar eclipse from the black stone Kaaba inside Mecca's Grand Mosque? It promises to be an incredible sight, though only Muslims are allowed in the city. An alternative is the nearby city of Jeddah, which will get a 6 minutes 2 seconds totality. 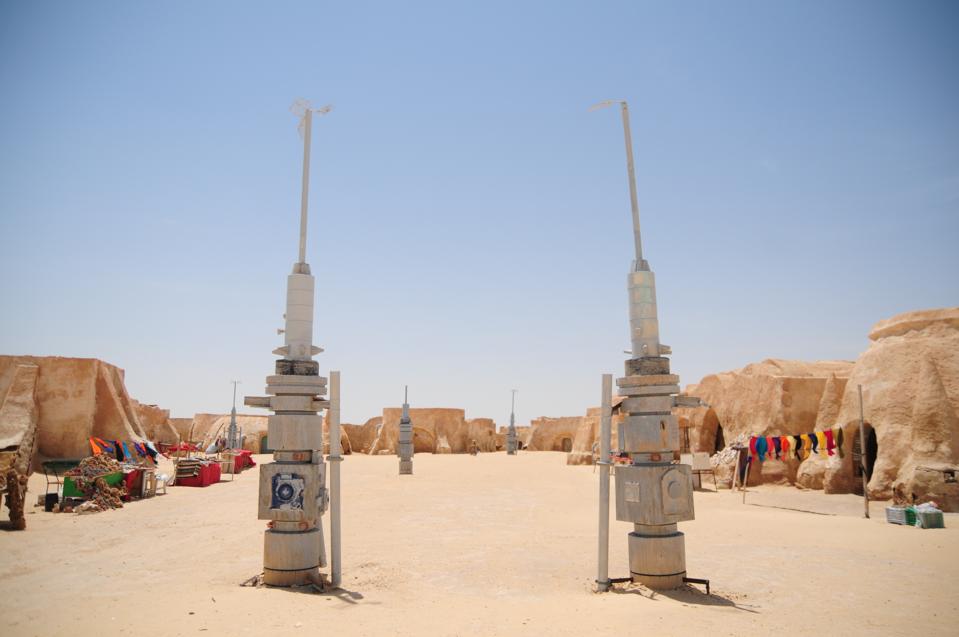 The Mos Espa is one of two Star Wars-themed observation sites in 2027. Credit: Simon Kremer/dpa (Photo by Simon Kremer/picture alliance via Getty Images)

Close to this oasis town are several sights from the original Star Wars movie, such as the Lars Homestead (no totality), Sidi Bouhlel (better known as 'Star Wars canyon', 3 minutes 9 seconds totality) and the set for Mos Espa (2 minutes 4 seconds totality).

Andalusia in southern Spain will be packed with tourists in August 2027 whether there's an eclipse or not. Spain is on the northern edge of the track, but the resort town of Marbella on the Costa del Sol gets a long totality. Gibraltar, a British Overseas Territory, gets an additional minute, but will be best avoided; its dramatic Rock of Gibraltar is a notorious cloud-magnet.

Like the folk on the Alaska Airlines flight on August 21, 2017, some eclipse-chasers will always want to be the first to experience the shadow. From a ship in the Atlantic off the coast of Morocco it will be possible to see something quite wonderful; an eclipsed sun as it rises. It will make most sense for cruise ships to eclipse-chase on the way to or from Funchal, Madeira.