Visitors to Egyptian temples feel an instant connection with the ancient Egyptian religion due to rich imagery we see depicted on every wall and column, from the names of gods to their varied human- and animal-headed depictions. However, our own view of what constitutes 'religion' is much different from what the Egyptians' associated with the spiritual realm – living persons appealed to the deceased through letters, annual cultic festivals gave the ordinary populace a temporary and sensuous interaction with the divine, and after death, the body of the deceased was preserved as an essential vessel for the soul to leave and return to. This week, the Nile Scribes present a 5-book Reader's Guide to introduce you to the bright and diversely populated world of Egyptian religion. 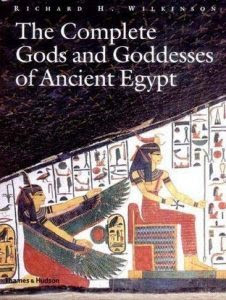 The Complete Gods and Goddesses of Ancient Egypt

Nile Scribes: It makes sense that your first step into the world of Egyptian religion is meeting the inhabitants of the divine realm, the cosmic creators, healers, and trouble-makers who populate Egyptian mythological stories. This book has maintained an excellent reputation as a concise encyclopedia of Egyptian deities, from Amun-Re to Shed, and Anukis to Waset, introducing the reader to their names, attributes, and cult centres. Wilkinson also contextualises the worship of these deities by explaining modern terminologies, ancient philosophies, and temple rituals intended to care for the gods in their temple houses. 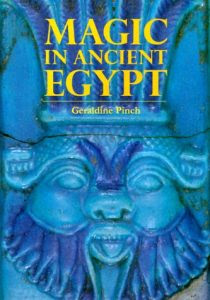 NS: Magic is often not something we associate with religion in the western world, but employed through prayers, amulets, letters, and icons, it was an inseparable element of Egyptian religious beliefs for thousands of years. This book connects us with the practical magic that helped the ancient Egyptians navigate the dangers of childhood, pregnancy and childbirth, illness and disease, and even achieving life after death. As Pinch shows, magic was a means of protecting your loved ones, living or dead, of communicating with the gods, or ensuring a positive outcome in a situation, such as the healthy birth of your calf. Pinch's other summary book, Egyptian Myth: A Very Short Introduction, is a perfect companion to this illustrated introduction to magic in ancient Egypt. 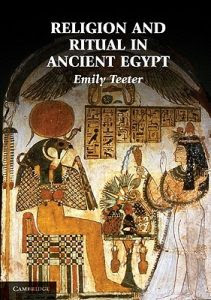 Religion and Ritual in Ancient Egypt

NS: Emily Teeter is a curator at the Oriental Institute of the University of Chicago and has previously written an important contribution on the significance of ma'at (a central tenet in the Egyptian worldview, which we translate as justice, order, or perfection). This book presents a wide window into Egyptian religion, from a thorough chapter on Egyptian priests to joining a procession during a festival, for example. Illustrated with many colour plates and figures, Teeter investigates the mind of the Egyptians and how they practiced their religious beliefs by drawing from a large variety of sources. The reader will come up close with the religious writings of the ancient Egyptians through the accessible translations provided by the author. 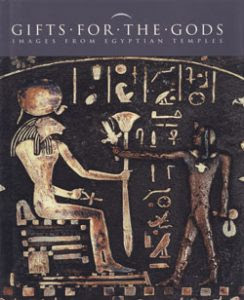 Gifts for the Gods: Images from Ancient Egyptian Temples

NS: With the added benefit of being available for free online, Gifts for the Gods is an exhibition catalogue published by the Metropolitan Museum of Art centred around metal statuary from ancient Egyptian temple contexts. Accompanying the essays on the technical skill achieved by ancient Egyptian metalworkers are over a hundred beautiful images of bronze, gold, and silver statues that were created to be presented to the gods in their temples, and left there as eternal gifts. For conceptual exercises such as understanding an ancient religion, having tangible objects like these ones helps us envision the individuals who practiced their personal beliefs through dedications like these statues, instead of becoming mired in the abstract. 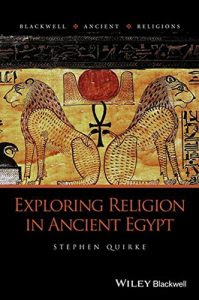 NS: In this broad overview for the more serious scholar, Stephen Quirke lets the ancient texts speak for themselves as he takes the reader on a journey through the various themes of Egyptian religion. He is particularly careful about the terms we use as specialists today to speak about ancient Egypt. He not only discusses the various viewpoints on such topics, but explains their opportunities and challenges in a very convincing, objective fashion (e.g. reasons for using the name Kemet over Egypt). The result is a very Egypto-centric approach towards their religion. In approaching the important topic of myth, Quirke expertly lays out modern concepts and approaches to reading Egyptian myths and deconstructs them with concrete examples of the ancient evidence, e.g. in examining snippets of myth, he also draws from a wide variety of material culture.