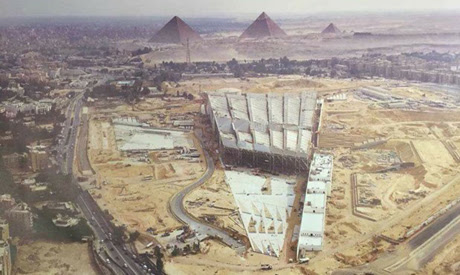 At the request of local and international companies and consortia, Egypt's Ministry of Antiquities extended the pre-qualification period for interested parties to submit documents in the open tender to manage the facilities of the Grand Egyptian Museum (GEM) complex, scheduled to open in 2020.

Tarek Tawfik, supervisor general of the GEM, told Ahram Online that the new deadline for pre-qualification submissions would be Tuesday, 25 September. The deadline for receiving site visit requests has been extended to 6 September.

Tawfik said that pre-qualification documents received will be opened in a public session Wednesday, 26 September, at the GEM.

The GEM complex is a cultural institution located on an area of approximately 500,000 m2 adjacent to the Giza Pyramids. By time of opening it will constitute one of the largest museums in the world displaying the heritage of a single civilisation.

The museum will contain over 100,000 artifacts, reflecting Egypt's past from prehistory through the Greek and Roman periods, in an area of 92,000 m2.

Construction work on the first phase of the museum is scheduled to be completed by end of 2018 and the museum opened in the first quarter of 2019, at which point the entire funerary collection of King Tutankhamun will be put on show for the first time ever, displaying more than 5,000 artifacts.

The atrium and the grand staircase, also to be completed in the first phase, will feature the colossus of King Ramses II and the King Meneptah Column, as well as a collection of 87 other large royal colossi and architectural items.