Major archaeological discovery at Saqqara to be revealed in January: Egyptologist 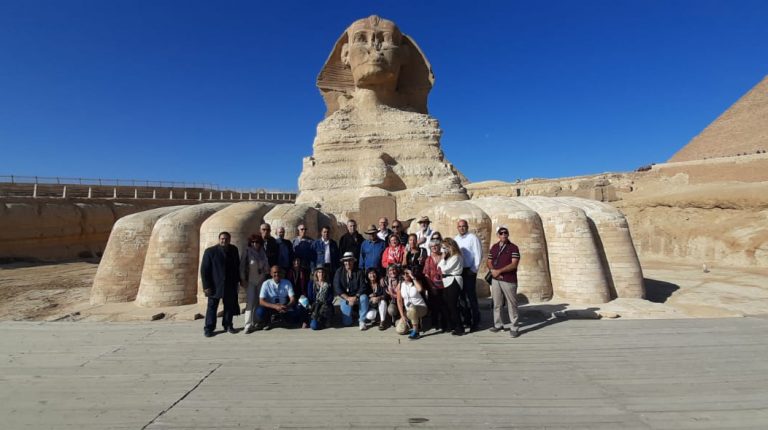 Senior Egyptologist Zahi Hawass has revealed that he will, in January 2021, announce a new archaeological discovery that has been made at the Saqqara plateau.

His remarks came in front of the Sphinx, where he met with a Spanish tourist group that included intellectuals, writers, university professors and public figures. It is the first tourist group to visit Egypt from Spain since the emergence of the novel coronavirus (COVID-19) pandemic.

Hawass highlighted the recent archaeological discoveries made by the Ministry of Tourism and Antiquities and his excavations in the Valley of the Monkeys in Luxor's Western Valley.

Hawass added that the most important discovery that has so far been made in the 21st Century is the discovery of the Wadi Al-Jarf papyrus, which has told us much about the secrets of building the Pyramid of Khufu in Giza. He added that the archaeological discoveries made by the Ministry of Tourism and Antiquities greatly promote Egyptian tourism worldwide.

Notably in recent years, the Egyptian archaeological mission has announced a number of important archaeological discoveries in theSaqqara necropolis, the last of which was the discovery of over 100 coffins and 40 funerary statues.

During the press conference to announce the latest discovery, Minister of Tourism and Antiquities Khaled Al-Anani announced that Egypt will introduce the archeological discoveries at Saqqara, as soon as Hawass' excavations are completed.

Hawass revealed that the Tutankhamun Opera will be presented next March at the Cairo Opera House, and will be shown as a memorial to the discovery of the boy Pharaoh's tomb in 2022.

Regarding the claims of a lost city under the Sphinx, Hawass told the delegation that the statue was constructed by the Pharaoh Khafre, the builder of the second pyramid. Hawass emphasised that the claims swirling around a lost city are untrue.

He added that there is no scientific evidence at all for the claims, and mentioned that he has pictures of the excavation below the Sphinx. These pictures prove that there is nothing under the ancient statue.