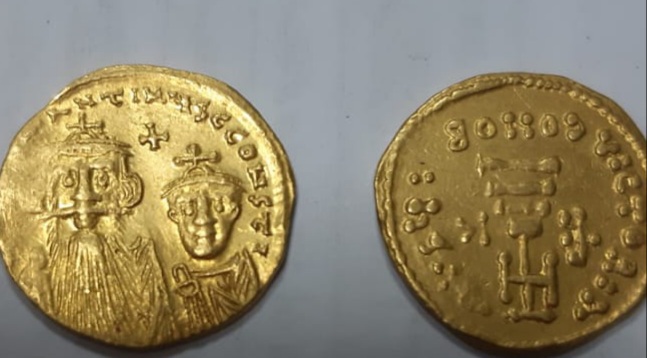 The archaeological unit at Cairo International Airport's Logistics Village has managed to seize 85 antique coins from different eras and 3 small scarabs that were being smuggled out of the country.

The seizure operation took place in cooperation with the FedEx Customs Administration.

Hamdy Hammam, head of the Central Administration for Archaeological Ports and Units at Egyptian Ports, said that the smuggled items had been hidden in a US-bound parcel.

As soon as it was suspected that archaeological pieces were part of the package, all necessary measures were immediately taken. A committee from the Center for Archaeological Units was formed, which found that the coins were antique and subject to the Antiquities Protection Law No. 117 of 1983 and its amendments.

Hanaa Al-Mashhour, Director General of the Archaeological Units Center at Cairo International Airport, added that the seizures included: 2 silver coins from the Ptolemaic era; 80 bronze coins dating back to the Greek and Roman periods; 2 gold coins from the Byzantine era; a silver coin from the Ayyubid era; and 3 small scarabs from the Ancient Egypt era.