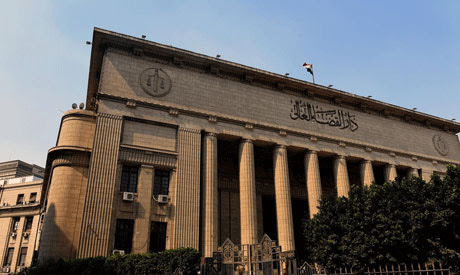 A file photo of a Cairo Criminal court (Photo: Al-Ahram)

The Egyptian Interpol demanded on Thursday that the Italian government is to hand over Italian citizens from the former members of the Italian embassy in Cairo's diplomatic charges over the ancient Egyptian looted and smuggled antiquities case.

In January 2020, an Egyptian Court sentenced Skakal in absentia to 15 years in prison and a fine of EGP one million on charges of smuggling Egyptian artefacts to Europe.

According to the prosecution in 2019, Skakal faced charges of smuggling nearly 22,000 artifacts from Egypt's antiquities to Italy during 2016 and 2018 through the containers of Italy's diplomatic mission with the knowledge of Massimiliano Sponzelli where a container was seized by Italian police in May 2018 and returned to Egypt in June 2019.

The case involves other defendants, including the brother of Mubarak-era Finance Minister Youssef Botros Ghaly, who has been sentenced in February 2020 to 30 years in prison and a EGP 6 million fine.

Investigations showed that the artefacts were obtained by the former minister's brother and shipped in a container under the name of the Italian consul, and so was not subjected to inspection due to diplomatic immunity.The artefacts, which date to various historical periods, were found by Italian police in May 2018 and returned to Egypt in late June.

That collection included coins, pottery vessels from different eras, sarcophagus parts and objects from the country's Islamic period.
Egyptian prosecutors also found ancient Egyptian relics when they searched Skakal's Cairo residence, and seized other pieces that he had kept in a safe.