Brazilian-led archeological group resumed activities in Theban Necropolis in Luxor last December and expect to remain until late January in this fifth phase of the project. You can follow their work on social media. 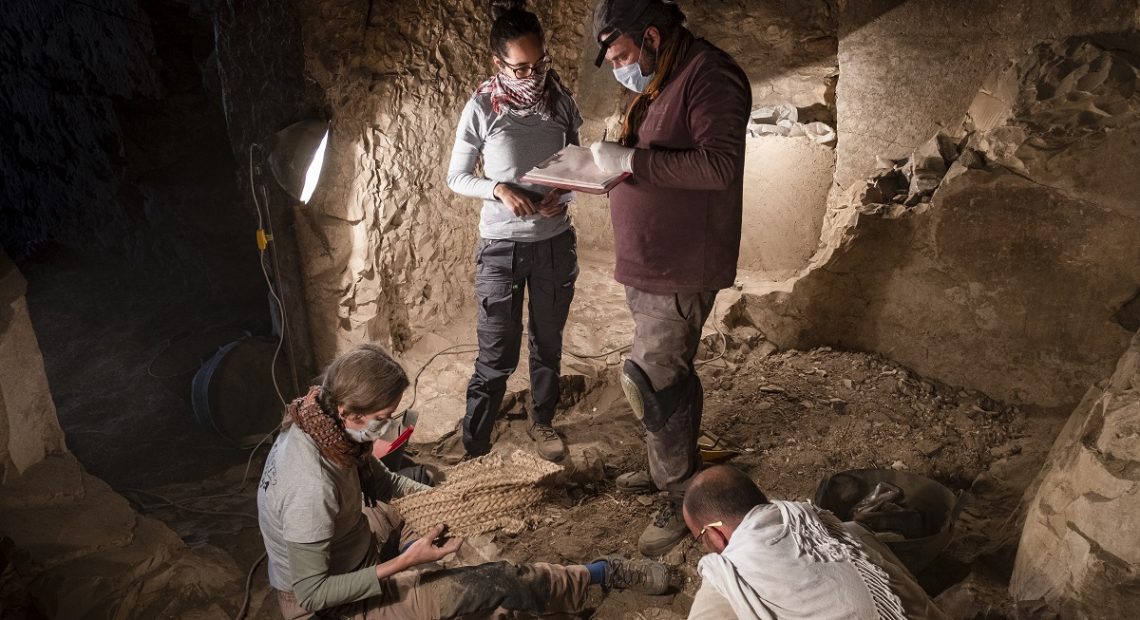 São Paulo – The fifth phase of the Brazilian archeological mission in Egypt led by José Roberto Pellini, a professor at the Federal University of Minas Gerais (UFMG) started in early December 2019 and will finish on January 25, and has already made a discover in the Theban tomb 123 (TT123) at the Theban Necropolis in Luxor.

An unheard-of 1.5-meter-deep well was found inside the tomb and is likely to lead to a burial chamber with several materials. "Our focus this year was digging into the so-called Statue Room. It's the innermost point inside the tomb and held the statues of the tomb's owner, Amenemhat, and his wife Enuit. As we started cleaning that room, we discovered a large well and started digging it until we found a new chamber under it; now we have a well dug into the stone at the Statue Room floor. It's approximately 1.5 meter deep and we found a room dug into the rock that may have held Amenemhat's sarcophagus," Pellini from Luxor told ANBA.

The objects that have been found include a very large number of sarcophagus pieces, including one with the name of the tomb's owner and several ushabts – burial statues, or "the dead's afterlife servants," as the professor has explained. Amenemhat lived during the times of pharaoh Thutmose III, the sixth pharaoh of the 18th Egyptian dynasty, during the so-called New Empire around 1,200 years before Christ. 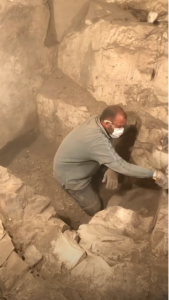 Pellini working on the new well

"We've found mostly ushabts, ceramic material, many bones and mummy parts. We've also found material from the 19th and 20th century that are related to the Qurnawi occupation, which is another big concern for the Brazilian project, since almost no one here works with that period of occupation, when the Theban Necropolis tombs were used as homes," Pellini said. The region is called Qurna by the local people, and its inhabitants are called qurnawis.

The Qurnawi occupation records include cigarette packages, kitchen tools, clothe pieces, and a show. "We have evidence that a family lived inside this tomb in 1908," the archeologist said.

The goal for the following years is finishing excavations, and they expect them to last around three to four years. "It depends a lot of what we'll find, but at least other three field phases, then the tomb conservation and restauration process will began, then we'll have another five to ten years, so it's a long-term project that aims at opening the tomb for tourism eventually, as well as studying the material to try and understand a little bit about who was Amenemhat, what was role his hole in the Thutmose III administration, since he was both a priest and scribe for the government, and also try understanding how those 18th– 19th-century families lived and co-lived inside the tomb," he explained.

Starting as solely Brazilian in early 2016, the project now became a large joint mission involving the National University of Córdoba in Argentina and Egypt's Ministry of Antiquities through its Documentation Center, but UFMG still coordinates the project, which is led by Pellini.

"And there are Brazilian archeologists working in other foreign missions in Egypt, but there never has been any team lead by Brazilians or a Brazilian university in Egypt, ours is the first," Pellini pointed out.

But Amenemhat is just one of the BAPE projects in Egypt. Two other projects are taking place at the same time as the excavations: an anthropological project aimed at trying to understand the modern human occupation in the Theban Necropolis and the project of alternative narrative creation, which seeks to offer both the general and scientific group narratives different than the science's. 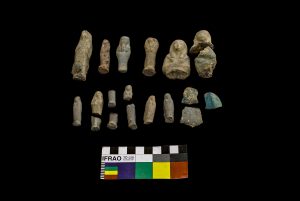 "Although it's indirectly related to the work we've developed in the tomb, another project that BAPE has led here is precisely trying to understand how the ancient peoples lived inside these tombs, and not just our tomb, but the whole Theban Necropolis," Pellini said.

This heavily anthropological project tries to understand how the habitation and occupations took place starting in the 18th century, what were the associate symbolic elements, how the state, gurnawis, tourists and the archeologists themselves see this kind of occupation and also how the relations and the occupation took place. "We're figuring out why ours is not the only tomb to have been inhabited, as several others were inhabited, so we want to understand a bit more about that," Pellini said.

Simultaneously, BAPE holds the Alternative Narratives project led by professor Rogerio do Pateo at the Department of Anthropology and Archeology of UFMG to try to discuss alternative narratives to the scientific discourse. "We believe the scientific discourse is but one of the potential discourses. One of the works that have been done here in the last twoo years is a photography register not just of the works but an attempt to understand the image discourses as alternative discourses, for example the pharaonic image reappropriation and how the pharaonic discourse appears on the murals, on the graffities. At the same time, how the archeologists perceive this spaces when they first come here, trying to understand a bit through images and create through discourse images that could be taken to other audiences so they can understand this heritage, these archeological remains; we believe this is a way to develop knowledge too," Pellini explained.

The TT123 tomb was chosen from the invitation of the Egyptian government, which, Pellini recalls, offered them a series of tombs that had never been studied, and they chose the one that best served their scientific interests, considering the tomb's archeological potential. "It's a tomb that had never been excavated or researched or published about, and it held and still holds an exceptional quality of the painting reliefs, as well as an archeological potential that has been proved true. We've identified many interesting scenes, many very well-preserved archeological materials, such as the sarcophagus pieces and ushabts statuettes, and this interest has proved its worth year after year," he explained. You can follow their work on BAPE's social media on Instagram and Facebook.

Pellini explains that the field mission occurs just once a year as it matches the vacations of the team's professors. "I'm in my natural habitat, I feel at home here, and not just that, it's my childhood dream come true. It mixes business and pleasure, I'm working in a place I absolutely love, maybe the only place in the world where I sleep well. It's a dream come true day after day working with the pharaonic past and the recent past, that's why I feel so comfortable here," Pellini said.

The next phase of excavations will occur in March 2021. ANBA follow the work of the team since 2016. Find out more here.

Pictured on top, standing Lorrana Duari, a student of the Department of Anthropology and Archeology of UFMG, who is writing an end-of-course paper on the project, and Marco Gastaldi, archeologist from Córdoba. Sitting are archeologist at UFMG Mariana Petri and the mission leader, Pellini.