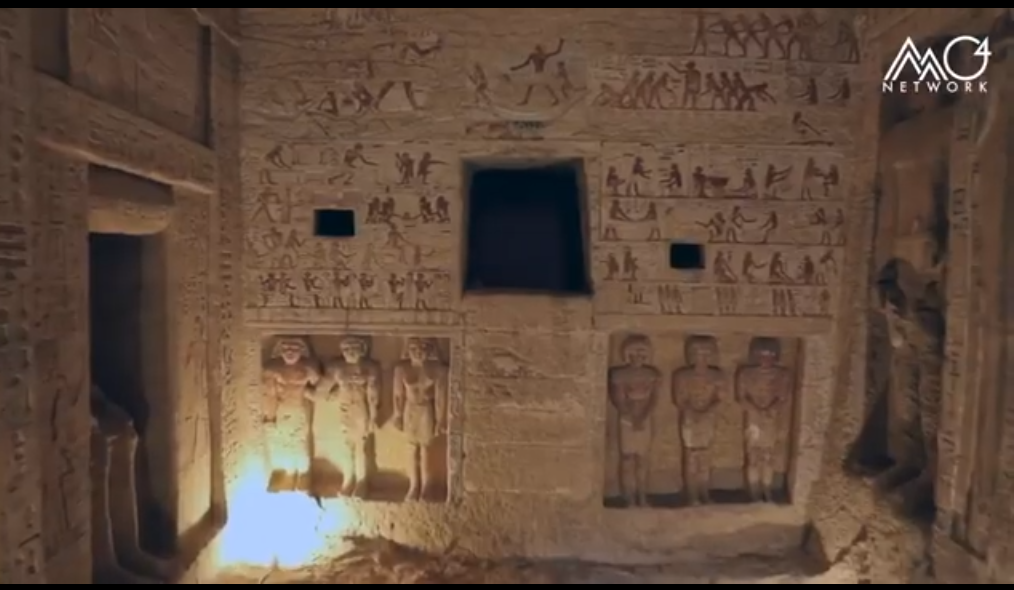 "In celebration of UNESCO's #WorldHeritageDay, Minister of Tourism and Antiquities Khalid al-Anany takes us into the awe-inspiring tomb of Wahti in Saqqara. Uncovered in 2018, it is considered one of the most important discoveries of the decade," a statement from the ministry said.
"The tomb belonged to a fifth dynasty high priest of 'purification', making it an especially apt and timely reminder that cleansing and protecting that which we hold dear is an innate human desire that stretches back through millennia", it added.
The ministry released on April 10 the second installment in a series of virtual and guided video tours of a wide array of museums and archaeological sites around Egypt.
This initiative, which has been recently launched under the slogan "Experience Egypt from Home. Stay Home. Stay Safe", aims to enable people worldwide to embark on a journey through the ancient Egyptian civilization during their home confinement, within the precautionary measures taken to fight the coronavirus (COVID-19) outbreak.
Posted by Glenn Meyer at 4:17 PM