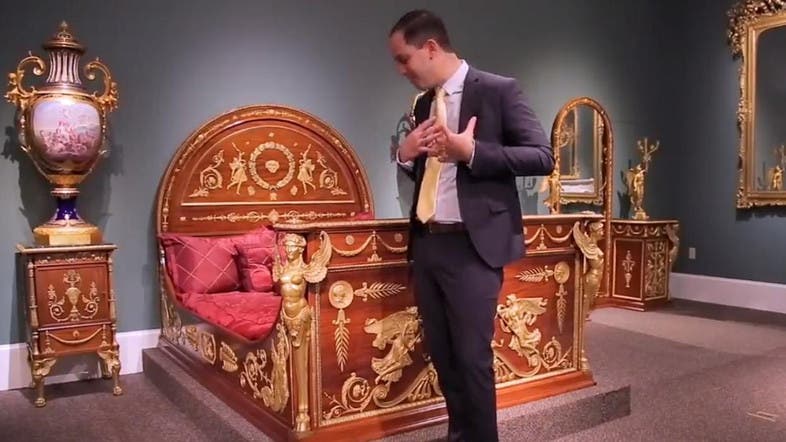 The bedroom, once owned by Egypt's last monarch, has apparently disappeared from the royal rest house in the Giza Zoo in 2013.

Internet users recently discovered that it has been put on sale on an American website M.S. Rau Antiques since 2016.

The mahogany and mercury-gilded bronze bedroom suite is decorated in the Empire style, the set was crafted by one of the premier Parisian Ébéniste of the 19th century, Antoine Krieger.

The YouTube video by the American company displayed the furniture of the room and the date it was manufactured. It is selling the bedroom suite for $989,000 dollars, almost a million dollars.

Egyptian newspaper reports covering the incident said Egypt's agriculture minister back in 2013, Ayman Abu Hadid, was the first to discover that the room has disappeared during a visit to the park.

Reports said that the royal suite was replaced by a cheap version brought for a nearby local department store.

They also said that two Egyptian ministers had formerly occupied the rest house between 1978-1986. A former agriculture minister lived there without his family from 1978 until he left his position in 1982.

The second minister lived with his family until 1986. The royal rest house was closed since then.