Tickets will go on sale Tuesday for a California Science Center exhibit billed as the largest traveling collection outside Egypt of artifacts from the tomb of Tutankhamun -- better known as King Tut.

The exhibition, titled "King Tut: Treasures of the Golden Pharaoh," will open at the science center in March, beginning a 10-city tour to mark the approaching 100th anniversary of the tomb's discovery.

The exhibit will include more than 150 artifacts, far more expansive than past displays that have generally been limited to about 50 items. Organizers said the exhibit will feature items used and owned by the so-called "Boy King," such as golden jewelry, carvings, sculptures and ritual antiquities.

About 40 percent of the artifacts will be leaving Egypt for the first - - and last -- time, with the items eventually returning to Egypt to be permanently displayed at the under-construction Grand Egyptian Museum.

2017 Southern California Images in the News 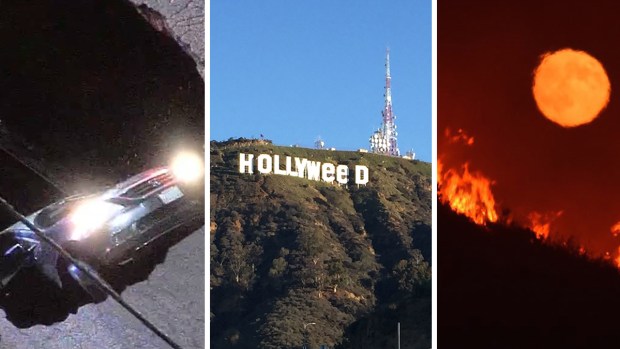 The exhibit will open March 24 at the California Science Center, where it will remain until January 2019, when it will move to Europe.

"Its ornate artifacts and multimedia displays will stimulate interest in the many sciences related to archaeology," said Jeff Rudolph, president of the California Science Center. "Guests will also learn how the scientific analysis of his 3,000-year-old mummy revealed new information about his health and lineage, as well as how cutting-edge archeological tools are assisting in discovering tombs and analyzing existing ones in ways never before imagined."