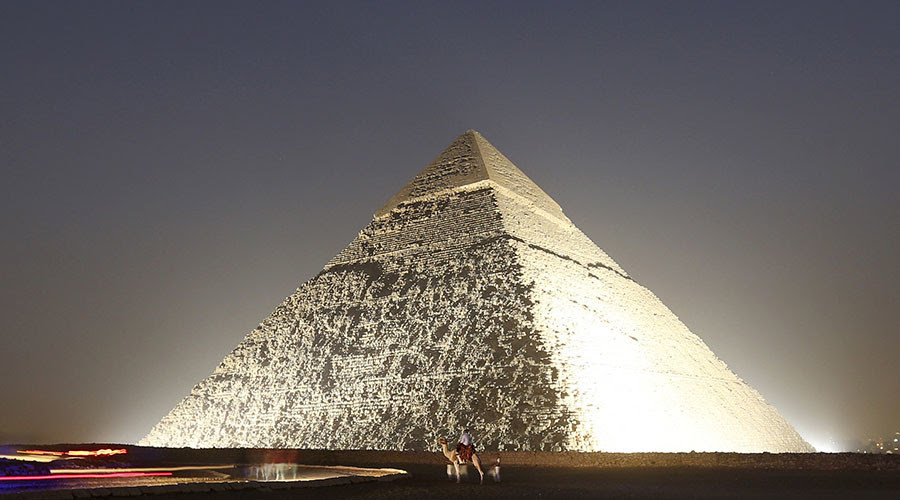 A theft was carried out at the Giza Pyramids' cemetery of builders, which was opened for visitors in November for the first time since its discovery in 1990 by Egyptian archaeologist and former Antiquities Minister Zahi Hawass.

The incident revealed continued neglect by officials of the Ministry of Antiquities.

Although the Antiquities Ministry maintained secrecy regarding the theft, Al-Masry Al-Youm learned from informed sources that the theft included part of the door of the cemetery of Nefer Theth.

The cemetery of Nefer Theth belongs to the supervisor of the Royal Palace, and was in a good state of preservation.

It has two doors and inscriptions along the walls, according to a statement issued by the Antiquities Ministry in November.

The sources said that the theft occurred at dawn on January 7.

The sources added that the theft was discovered while guards were changing work shifts.

The only punitive action taken by the Ministry of Antiquities was the transfer of the Director of the Pyramids' area's administrative security Mohamed Fatehy Mansour to another post as inspector with the Imbaba Antiquities Department.

No action has been taken against the director of the Pyramids area or his deputy.

Al-Masry Al-Youm received a copy of the transfer decision of Mansour, which did not mention that the reason behind the transfer was the theft.

Al-Masry Al-Youm could not reach the Pyramids area officials for a response.

Head of Egypt's Antiquities Department said that the piece of the stolen door was later found and prosecutors handed it over to the Antiquities Ministry on Monday. It was restored and returned to its place on the door, he said.

In an earlier press statement, Ashmawy said that the site of the Pyramids builders' cemetery was developed and equipped to suit its historical and archaeological value and to facilitate the visit process.