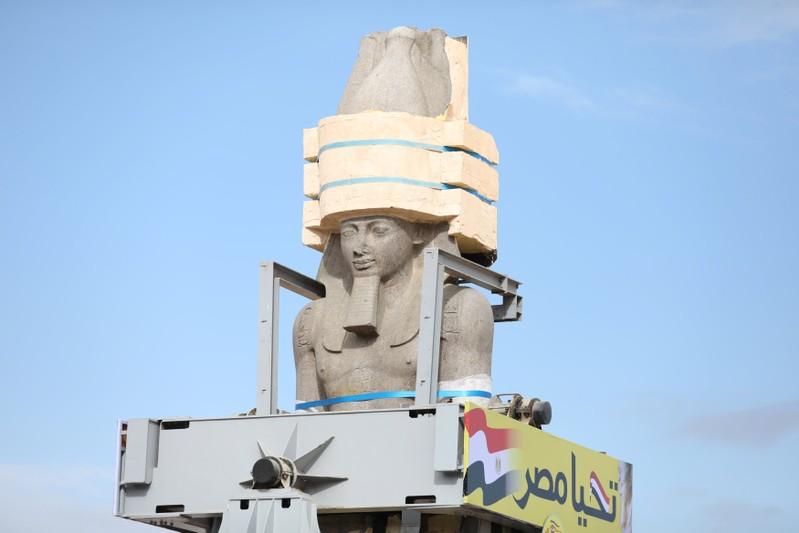 The Statue of King Ramses II is seen on the way to the Grand Egyptian Museum in Cairo, Egypt January 25, 2018. REUTERS/Mohamed Abd El Ghany

The ancient colossus was taken on its 400-metre (437.45-yard) journey inside a cage mounted on a truck and suspended like a pendulum from a steel beam to help offset any jolts from the ground during transport.

Speaking at a ceremony to mark the move, former antiquities minister Zahi Hawass underlined the importance of the museum project to Egypt's tourism sector, which has been damaged in recent years by political violence.

"It will tell people that Egypt is safe and you can come and visit us because we need the tourism for the preservation of the Egyptian antiquities."

At its new location the statue will be the first thing visitors see as they enter the museum, part of which will open later this year ahead of its expected official launch in 2022. 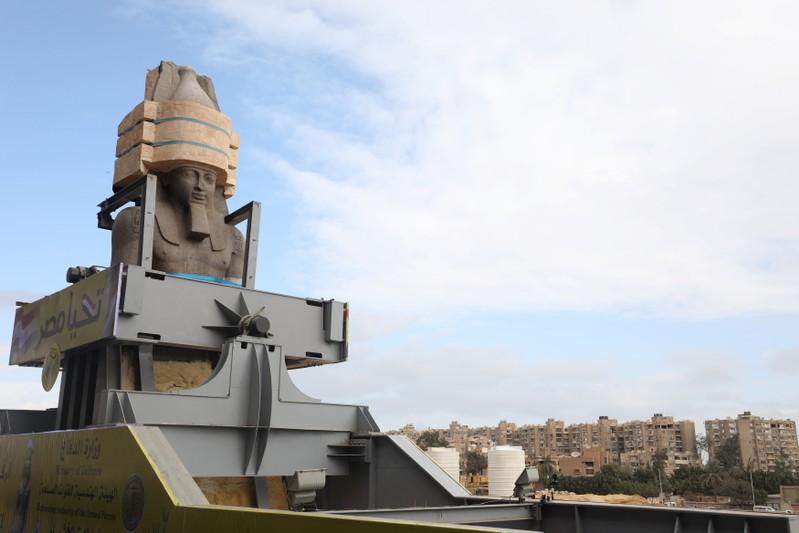 The Statue of King Ramses II is seen on the way to the Grand Egyptian Museum in Cairo, Egypt January 25, 2018. REUTERS/Mohamed Abd El Ghany

The colossus was unearthed at the Mit Rahina archaeological site in 1820 by the Italian adventurer Giovanni Caviglia. Thursday's move was the fourth it has seen over its several millennia of existence.

It was first moved from the quarry where it was made to Mit Rahina before being shifted in 1955 to Ramses Square in Cairo. Increasing pollution and congestion at the square prompted its next move in 2006 to safekeeping in a storage area where it was kept of public view until now.

Egypt's tourism sector is one of the country's main sources of foreign currency but it has struggled since a 2011 uprising that led to years of violent instability including a spate of Islamist militant attacks.

The sector saw an improvement in 2017, with revenues jumping 123.5 percent year-on-year to $7.6 billion and the number of tourists visiting rising 54 percent to 8.3 million.

Our Standards:The Thomson Reuters Trust Principles.
Posted by Glenn Meyer at 6:48 AM