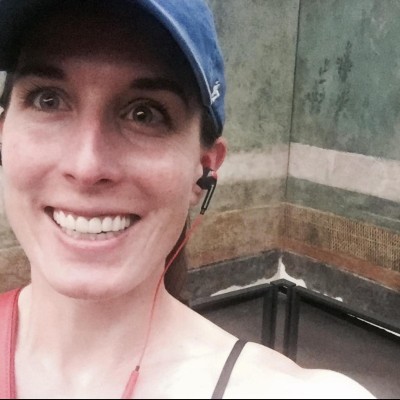 For almost two decades, the ancient wall paintings in Egypt's Red Monastery have been under restoration. Now digital technologies and 3D scanning are allowing thousands to experience the vibrant colors, architecture and monastic art of the late Roman world. 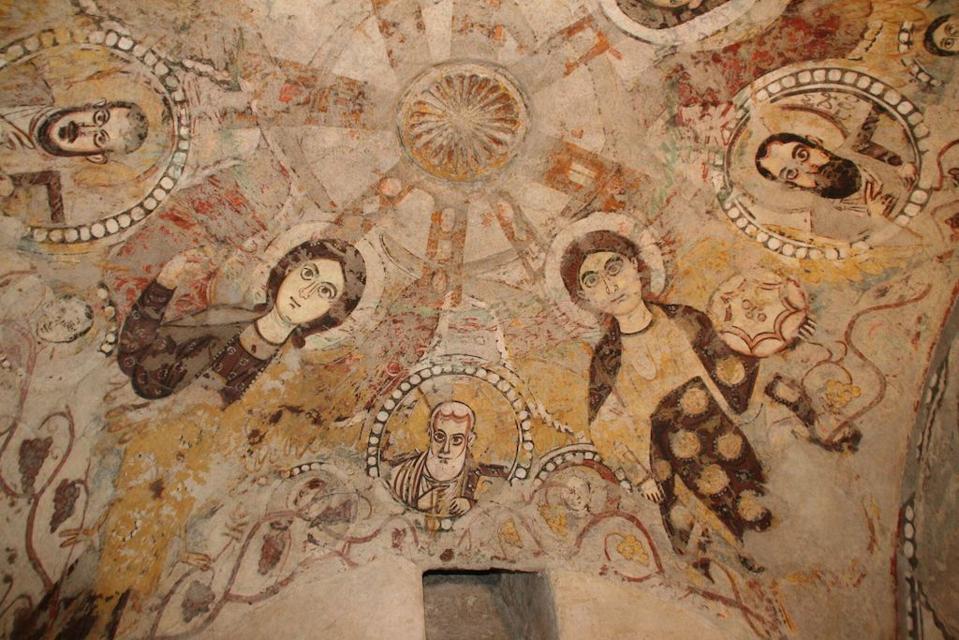 The ceiling of a side room at the Red Monastery puts saints on display (Photo by permission of Caroline T. Schroeder).

The Church of Saints Bishai and Bigol is located near Sohag, Egypt, about 300 miles south of Alexandria. It is most often called the Red Monastery, and was an epicenter for monastic life in Egypt since the 5th century CE. It was part of a network of monasteries in the immediate area where thousands of male and female monks lived, worked and prayed.

The great abbot and saint Shenoute (ca. 347-465 CE) led the nearby White Monastery, which reportedly had 2,200 monks and 1,800 nuns over the course of his involvement in the area's monasteries. Despite its distance from Alexandria, these monastic communities maintained a deep connection to the early Christians and bishops to their north, while still developing their own vibrant communities. These monastic communities were focused on writing--no doubt--but also celebrated the power of art to connect them to their faith. 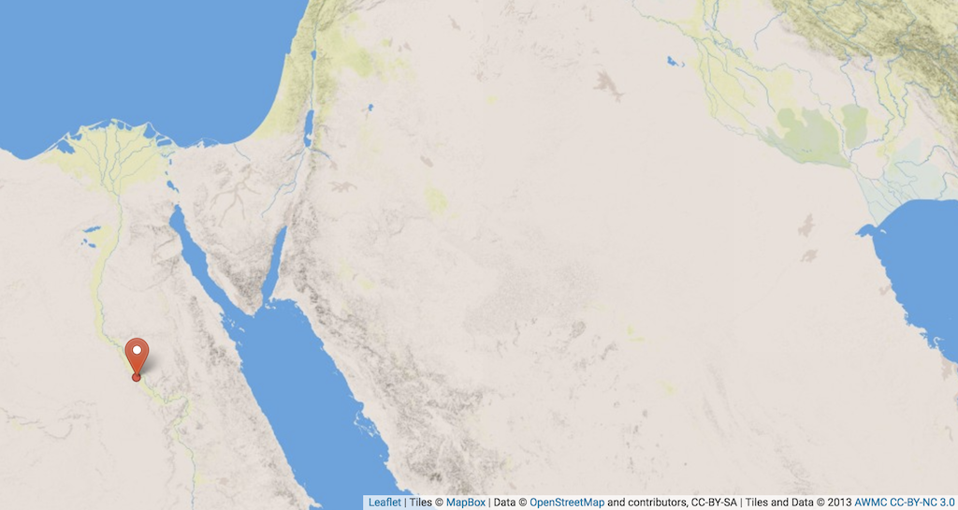 Location of the Red Monastery near Sohag, Egypt. The map is via the Pelagios Project's Peripleo digital map.

For almost twenty years, restoration, conservation and documentation of the Red Monastery has been underway in a project led by Elizabeth S. Bolman of Case Western University. This was done in conjunction with the Supreme Council of Antiquities and the Coptic Orthodox Church with help from the American Research Center in Egypt (ARCE) and the United States Agency for International Development (USAID). The Red Monastery Project has targeted the encaustic wall painting in particular, which make up about 80 percent of the surfaces within the church.

The study of these paintings has revealed a rich stratigraphy of paint. In the late fifth century, a thick lime plaster was applied to a number of walls and pastels were added. By the sixth century CE, pinks and greens were used for ornamental painting within the church and tempera was applied for figures such as Shenoute, important church fathers, bishops, saints and persons from the New Testament.

In addition to the painted ornaments and figures, a little over one hundred painted inscriptions (called dipinti) served to contextualize and label the painted figures for those visiting the church in Late Antiquity. Most of these dipinti were not known until Bolman, Paul Dilley and many other scholars set out to clean, decipher and then translate these hidden texts. 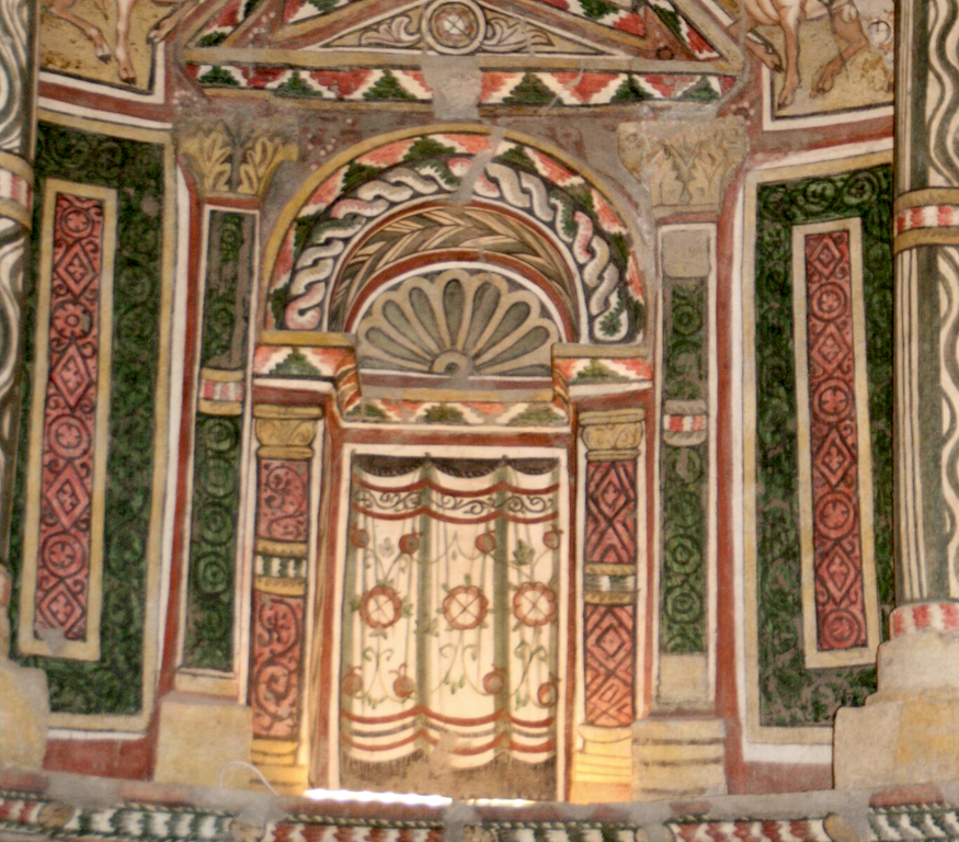 Vibrant greens and pinks were used for ornamental decorations in the Red Monastery, such as this apse with a painted curtain (Photo by permission of Caroline T. Schroeder).

Part of the magic of this project has been that while a richly illustrated book was published on the Red Monastery in 2016 that recounts many of their findings, its leaders also embraced the digital humanities. They applied digital tools such as photogrammetry, 3D laser scanning, and GIS as a way of giving people outside of Egypt a visual experience within a Coptic church that they might never otherwise have.

Through the 360Cities app, students, teachers and the public can now explore high definition panoramas of the monastery. They can even load it into Virtual Reality (VR) viewers and take a walk through this 1500 year old sacred space. A video even presents a 3D reconstruction and fly through of the monastery.

We should perhaps see the Red Monastery Project's use of digital tools to document and preserve the art, texts and physical space of late Roman Egypt within a broader effort by academics to preserve early Coptic history.

Digital projects like the database of coptic texts within the Coptic Scriptorium project, created by Caroline T. Schroeder (University of the Pacific) and Amir Zeldes (Georgetown University) and funded in part by the National Endowment for the Humanities, Office of Digital Humanities and Division of Preservation and Access, have proven how and why we should be investing in digital preservation of endangered sites and texts.

Beyond providing preservation and digital access, the project's combination of a monograph with digital visualization have not only restored the polychromy (i.e. the color) of an ancient monastery, it has reconnected it to the late Roman Mediterranean. As Bolman notes, "It's interesting that [the Red Monastery] is in a living (thriving, growing) monastery, in a rural part of Upper Egypt. Today, the region around Sohag has little to do with Mediterranean culture, but when the church was built, that part of Egypt was an important part of the early Byzantine empire. In fact, the conservation project at the church, and the closely associated work on the White Monastery federation and Shenoute has played a huge part in making the argument, from the point of view of visual/material culture."

The Red Monastery Project is certainly a mix of traditional and digital scholarship that together document a space that is special within the Coptic community of Egypt--a community that has felt greatly under siege in the past few years. It has also underscored the colorful world of monks and nuns, and their rightful connection to the early Christian communities that populated the late Roman and Byzantine Mediterranean. 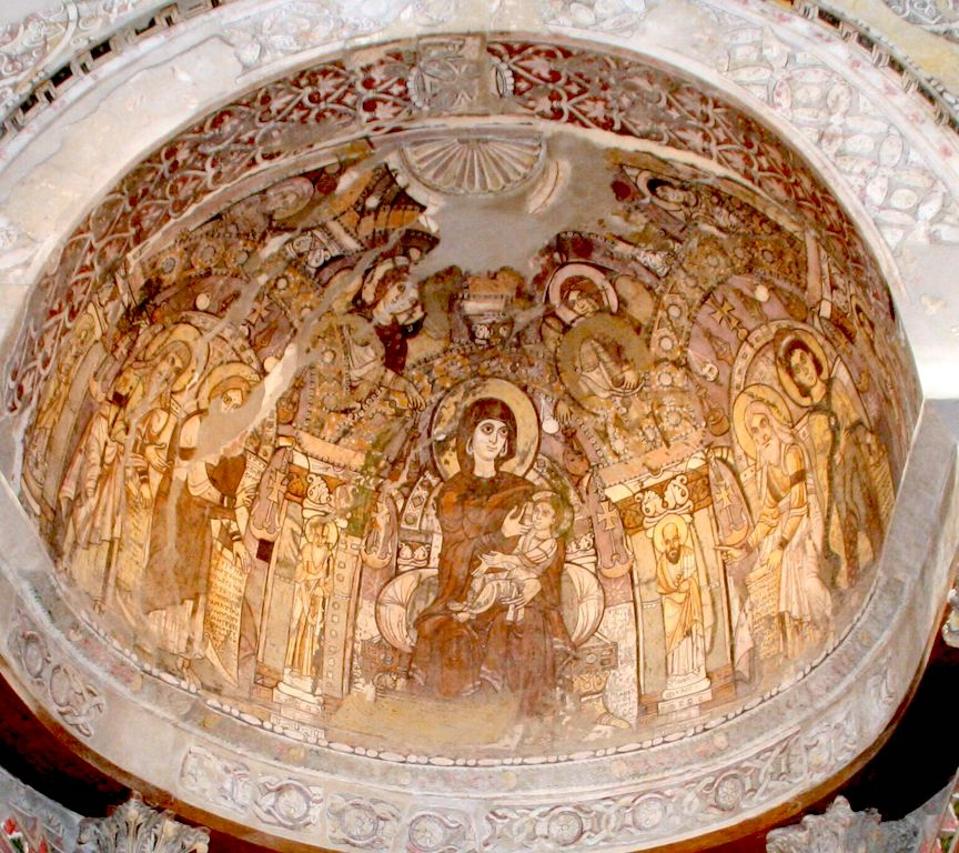 Sarah E. Bond is an Assistant Professor of Classics at the University of Iowa. For more on ancient and medieval history, follow her @SarahEBond.