Queen of Pyramids: The Powerful Hetepheres I and her Magnificent Tomb | Ancient Origins 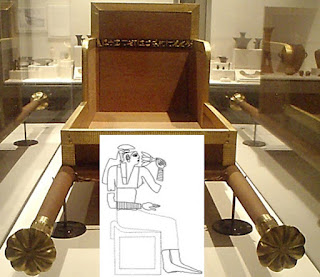 Queen of Pyramids: The Powerful Hetepheres I and her Magnificent Tomb

Behind the success of the great builders of pyramids, including Snefru and Khufu, stands a woman. She was one the most important women of the Old Kingdom (c. 2686 BC– 2181 BC) and the owner of a magnificent tomb full of treasures.

Hetepheres I was a wife of pharaoh Snefru (ruled c. 2613 BC - 2589 BC), mother of Khufu, and the grandmother of Djedefre, Khafre, and Queen Hetepheres II. Her titles were: King’s Mother, Mother of the Dual King, Attendant of Horus, and God’s Daughter of his body . She married Snefru to connect two royal lines. Her father was the pharaoh Huni and Snefru was probably her step brother. His mother was surely related to the another pharaoh of this period, but it's unknown which one.

Hetepheres probably died during the reign of Khufu. We don't know too much about her personality or her life. Even her tomb was unknown until February 2nd, 1925. That was the day when Mohamadien Ibrahim, who was working for George Andrew Reisner, head of the Boston Museum of Fine Arts Expedition, discovered a tomb that was attributed to Queen Hetepheres. This spectacular discovery provided the world with a name of one of the first important ancient Egyptian women and also brought some information about this forgotten queen to light.

An Unexpected Discovery in Giza

Reisner was an American Egyptologist who worked at Harvard University and led American excavations to both Egypt and Nubia (currently Sudan). In 1925, he was working around the Great Pyramid of Khufu in Giza, but on February 2nd he was away on vacation in the United States.

The photographer of the expedition, Mohamadien Ibrahim, was preparing to take photographs on the east side of the pyramid. According to his account, when he was setting up his tripod, one of its legs found a patch of plaster. He decided to investigate the plaster and discovered that it covered the entrance to the stairway with 12 steps. Ibrahim reported his discovery to Reisner's assistant, Alan Rowe. They understood immediately that they were on the verge of one of the most spectacular discoveries of the Giza Plateau. 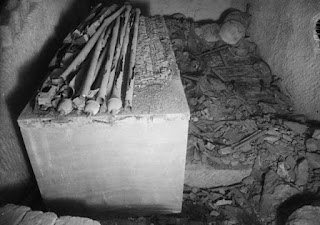 The discovered stairway led down to a vertical shaft. The shaft was filled to the top with limestone plaster to protect it from thieves. Various artifacts and pottery shards were mixed in with the plaster, but near the bottom there was a seal bearing the name of Khufu's mortuary workshop. There was also a niche which contained the remains of an offering: three leg bones of a bull wrapped in a red mat, two wine jars, and a horned skull. 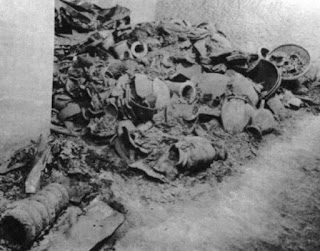 After entering the tomb, called officially G7000X, researchers discovered that the grave was looted in ancient times, but many spectacular treasures were still inside. The burial chamber included many beautiful objects made of gilded wood, including a portable pavilion, a carrying chair, a bed, several wooden boxes and two armchairs. The wooden artifacts were very well preserved. 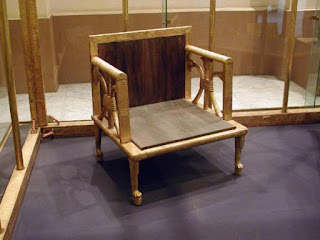 Actual chair of Queen Hetepheres in the Cairo Museum. ( CC-Zero)

There was also a leather case for walking sticks, a curtain box, some cooper tools, three golden vessels, a box containing razors, and numerous other small objects. Research later showed that the artifacts belong to the time of the 4th Dynasty. There were also twenty silver bracelets inlaid with turquoise, lapis lazuli, and carnelian – one of the most beautiful known examples of the Old Kingdom's jewelry.

Many objects bore the names and titles of Snefru and Hetepheres. According to the inscriptions, her complete title is "Mother of the King of Upper and Lower Egypt, follower of Horus, controller of the butchers of the acacia house, one of whom everything she says, is done, the god's bodily daughter, Hetepheres".

Archeologists also found some boxes with mud seals bearing the name of Khufu. All of the treasures were split up between the Egyptian Museum in Cairo and the Museum of Fine Arts in Boston. 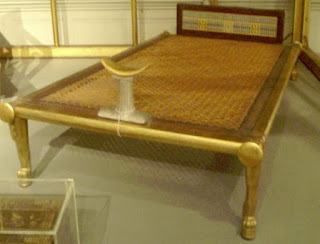 Bed with headrest from the funerary furniture of Hetepheres I. Reconstruction of original on display in Cairo, this copy resides in the Museum of Fine Arts, Boston. ( CC BY-SA 2.5 )


Where is the Mummy?

Apart from described treasures, there was also an alabaster sarcophagus. It was found against one wall of the chamber and it was sealed. On March 3, 1927 researchers opened it and discovered that there was no mummy inside. 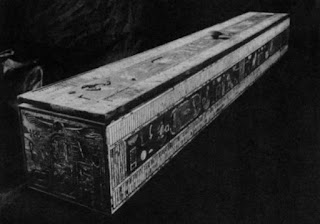 Giza necropolis. Tomb of Hetepheres I. The curtain box as restored in the Cairo Museum. ( Public Domain )

Inside the tomb there was also the canopic box, a large square box with four smaller square compartments inside. It is one of the oldest known examples of canopic box with human remains immersed in a solution of natron (a salt like substance used for preservation of bodies) and water. Two of four interior squares contained not only organic matter, but a liquid. Chemical analysis showed that the liquid used by ancient Egyptians in their mummification process was a three percent solution of Egyptian natron in water. 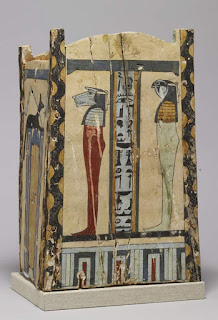 According to Reisner, Hetepheres had been originally buried near her husband's pyramid in Dahshur. Unfortunately, the tomb was broken into shortly after her burial so the priests decided to find a new place for her.  Before that happened, the robbers had opened the sarcophagus and stolen the mummy with all its gold trappings.

Reisner believed that the priests responsible for the tomb were afraid of punishment for this situation so they told Khufu that the mummy of his mother was still inside the sarcophagus. He then ordered the sarcophagus and all the funerary equipment reburied at Giza, near his own pyramid. 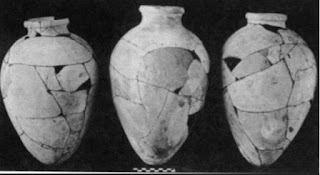 Old Kingdom pottery from the tomb of Hetepheres ( Public Domain )

Another Egyptologist, Mark Lehner, has suggested that the tomb discovered by Ibrahim, was Hetepheres' original tomb and her body was moved to the small pyramid G1-a.

A third theory was outlined by I.E.S. Edwards. His research suggested that the tomb G7000X was meant to be Hetepheres final place of rest, but the mummy was robbed shortly after her burial. Zahi Hawass suggests that Hetepheres was originally buried in the small pyramids, but after the robbery a new shaft was excavated for a new tomb nearby.

The Queen of pyramids

The Old Kingdom took place in the 3rd millennium BC, when Egypt attained its first peak as an impressive civilization. The 4th Dynasty has been called a ''golden age'' of this period. It lasted from c. 2613 to 2494 BC. The creators of this dynasty were primarily Hetepheres I and Snefru, whose building experiments led to the evolution from the mastaba-styled step pyramids to the smooth-sided pyramids. 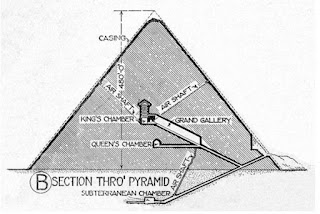 It was the most intensive period of architectural accomplishments in the history of Egypt. During that time, one of the seven rulers commissioned at least one pyramid. It was also a time of peace and prosperity. Hetepheres I was surely a very influential and powerful woman. Her son and grandson were men who created one of the greatest treasures of ancient times – The Giza Plateau.

Featured Image: Carrying chair from the funerary furniture of Queen Hetepheres I. Thought to be a gift from her son, Khufu. Reconstruction of original on display in Cairo, this copy residing in the Museum of Fine Arts, Boston. ( Keith Schengili-Roberts/CC BY SA 2.5 ) Insert: Drawing from the Tomb of Hetepheres I that depicted a gold figure of the queen. Gold leaves formed the queen seated on a throne and smelling lotus flower. (1925) By George Andrew Reisner. ( Public Domain )

Joyce Tyldesley, Chronicle of the Queens of Egypt , 2006

Lorna Oakes, The Illustrated Encyclopedia of the pyramids, temples & tombs of Ancient Egypt , 2006