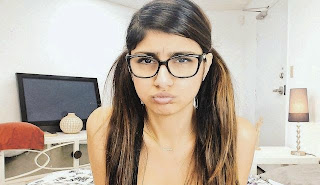 Tour books for Middle Eastern and North African countries recommend that tourists show consideration for cultural codes, respect the locals and dress modestly. Not only when visiting mosques or churches, but in city streets and village alleyways as well. The most popular tourism sites, such as the pyramids in Egypt, are more accepting of visitors wearing short pants and skimpy dresses, according to the books. A group of Russian tourists apparently took that assumption a bit too far.

Earlier this month the newspaper Al-Masri Al-Youm reported on a short pornographic film that was shot in the area of the famed Giza pyramids, near the Sphinx, by Russian-speaking tourists. The clip has been online for over nine months and features salacious scenes, including oral sex. Clerics and others who consider the site an important part of Egypt's local heritage and history were furious. The offensive clip was seen as an effort to undermine the country's dignity.

Protesters have been calling to enforce Egyptian laws against kissing and other public displays of affection at tourism sites, and to reinforce police presence there. But the head of the government antiquities department maintains that tourists have their own culture and cannot be subject to prohibitions imposed on Egyptians.

But as in every traditional society, prohibitions against relations other than and outside marriage in the Muslim world are rigid, and young single men are becoming increasingly frustrated. Young Arabs remain frustrated, forbidden even to hold hands in public with their girlfriends unless they are at least engaged.

“It may look like a stupid comedy,” said an Egyptian friend in his thirties. “But you have to understand that when it came out, it 'spoke' to me and my generation more than any other film. I see it as a super-critical film that speaks about the problem that bothered us most at that age and nobody talked to us about it.”

But Muslim men don’t seem about to give in. In Saudi Arabia there are those who sell “cards” that are used to break the code of pornographic satellite stations, and Internet restrictions can also be bypassed there.