A new entrepreneurial culture is emerging from the turmoil of the Arab Spring. 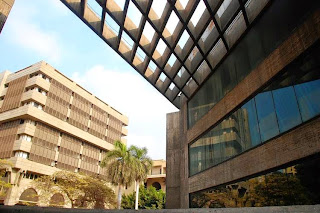 Tahrir became the epicenter of the Arab Spring in 2011. Four years of revolution, counterrevolution and terror followed, and the iconic square at the heart of the Egyptian capital has the scars to show for it. Angry graffiti abounds. The air is tense. A vacant office building—its windows blown out, its facade blackened by fire—overlooks the square next to the equally depressing state antiquities museum.

Scratch beneath the surface, and you’ll find a different Cairo populated by tech entrepreneurs, venture capitalists, new-media moguls and high-flying former émigrés who are now flocking home, attracted by the stable new climate and economic reforms initiated by the government of President Abdel Fattah Al Sisi. Call it Startup Egypt.

Take Cloudpress, a cloud-based marketing platform that allows brands to create and easily share visual content with consumers. It was “acqui-hired” by News Corp. (which owns this newspaper’s parent company, Dow Jones) in 2014, a deal in which the investor picks up an existing company’s human talent.

Or take Instabug, a software program that provides developers with customized test users before they publish their apps. Instabug won first place at the 2012-13 MIT Enterprise Forum Arab Startup Competition, from among thousands of other contestants from 21 Arab states. Another success is Simplex, a company that has developed a customizable computer numerical-control system for cutting and engraving industrial material.

Optimism is widespread. Ibrahim Hamouda, a film and television producer who runs his own production company in Cairo, sees the local advertising and entertainment markets on the rebound after an Arab Spring nosedive. “Everyday I get calls from people outside the industry wanting to invest in it,” Mr. Hamouda says.

Startup Egypt owes its existence in part to the improving political and security environment. Mr. Hamouda attributes his growing success, and Egypt’s improving economy in general, in large part to the feeling of stability that has returned to Egypt. When people feel unsafe, he says, “You won’t take your wife or your girlfriend to the cinema.”

But just as important—and surprising—is Egypt’s development of new ways of nurturing new companies. One thing that Cloudpress, Instabug and Simplex have in common is Flat6Labs, an investment venture that trains startup teams and provides them with seed funding.

Then there is the GrEEK Campus, a collaboration space built on the site of a former American University Cairo complex just off Tahrir Square. The AUC moved out of the site in 2008 and leased it five years later to Ahmed El-Alfi, the Kuwaiti-born, U.S.-educated Egyptian founder of the GrEEK Campus, who also co-founded Flat6Labs. Mr. Alfi, who built a career on Wall Street and amid Southern California’s tech scene, aims to use the GrEEK Campus and Flat6Labs to nurture local tech talent.

Today, the GrEEK campus is a clean, open space, where on a given day a modern-dance performance might be underway in the lush courtyard, with an electronic-music DJ spinning thumping tunes, while the surrounding offices and halls hum with the chatter of students and the activities of the 100 so companies—including PricewaterhouseCoopers—that have offices here. The GrEEK campus hosts concerts, employment fairs and an annual entrepreneur’s summit called RiseUp that last year drew some 3,000 attendees.

This all marks a stunning and long-overdue turnaround for the country and the Middle East. In Egypt and much of the rest of the region, six decades of Arab socialism left millions jobless and seething with resentment. Beginning in the 1970s, as free markets expanded in South America, Eastern Europe and Asia, entire nations were lifted out of poverty. But the Arabs didn’t ride this liberalization wave. Investment and development were domains of the state.

Egypt began changing course beginning in 2004 under Hosni Mubarak’s regime. Mr. Mubarak’s reforms in the past decade pushed the government share of investment down to less than 40% of gross domestic product in 2012, from 85% in the late 1990s, according to a 2014 Cato Institute study. Yet the corruption of the Mubarak era led many people to associate free markets with cronyism.

Mr. Sisi today has the opportunity to chart a different economic course, and early indicators are promising. His government has slashed some energy subsidies and cut the top personal and corporate tax rate to 22.5% from 25%.

“It’s still too complicated to start a company,” says Mr. Hamouda, adding that taxes are high and tax enforcement is arbitrary, and regulators too numerous. He says “you can’t count” how many authorities must sign off on productions. “And to get your permit you’ve had to pay under the table so much that when you get to the real [tax], you think you’ve already paid,” Mr. Hamouda says.

Mr. Alfi similarly calls for simplifying regulations related to the formation, operation and liquidation of businesses. And he says the government should learn to see “jobs as the product of good companies, not vice versa.” He sums up the challenge this way: “The idea is to end that socialistic mentality.”

Mr. Ahmari is a Journal editorial-page writer based in London.