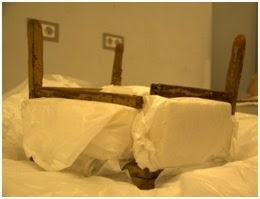 CAIRO: A chair that belonged to King Tutankhamen was broken in transit from the Egyptian Museum in Tahrir Square to the Grand Egyptian Museum (GEM) in al-Haram of Giza, an anonymous official in the Grand Museum stated Wednesday.

The other three artifacts were also damaged in transit: the top of the sarcophagus, a round offering table, and a marble vessel, the official told Youm7.

The chair’s base frame was broken, while the offering table’s stick detached from the round table. A glass cover for a papyrus was also broken. 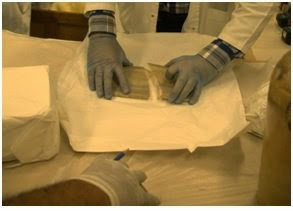 The archeologists in the Grand Museum received the artifacts that were wrapped and found them broken on Sep. 11, 2014; all records of the artifacts in the Tahrir museum had listed them in “sound” condition. 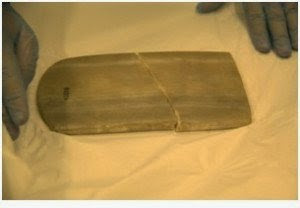 “The transporting process should be carried out by a specialized team with a high level of efficiency in packaging and opening the artifacts,” the official said, adding that all measures and precautions should be taken to secure an artifact through using hydraulic cars.

This is the second recent high-profile case of mishandling of artifacts at the downtown Cairo museum; the 3,000-year-old funerary mask of King Tutankhamun was inappropriately restored of using household epoxy glue, after the mask’s beard was broken during improper maintenance in mid-2014, and the museum admitted to the error in early 2015. 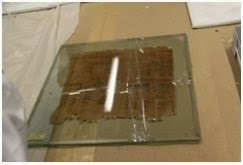 In September 2014, the Ministry of Antiquities announced that 135 artifacts were transferred from the Egyptian museum in Tahrir Square to the under-construction Grand GEM in preparation for the latter’s inauguration in August 2015. 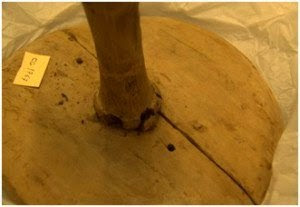 Fifteen wooden beams of the dismantled Khufu’s second solar boat were transported to the GEM that scheduled to be on display in a separate section at the GEM, which is scheduled to be inaugurated in 2018. 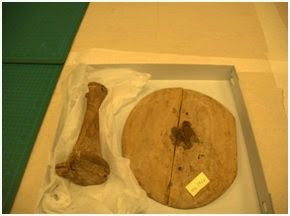 The GEM is being built over an area of 117 acres and is considered the largest Pharaonic museum ever built. Its foundation stone was laid in February 2002.