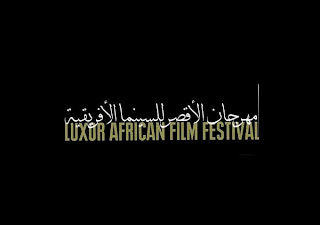 The 4th annual Luxor African Film Festival (LAFF) took place last week in Cairo, Egypt, from March 16-21, 2015. The LAFF is an annual event which screens films from across the Continent, showcasing Africa’s talent in cinematography and movie production, while celebrating the diverse cultures found within the Continent.

Formed by the Independent Shabab Foundation, a nonprofit organization in Egypt under the auspice of Egypt’s Ministry of Culture, LAFF aims to promote screening of African movies in the North African Country. This year, the LAFF event saw participation from 41 Countries in Africa coming together for a celebration of the arts culture and to learn from directing and screenwriting workshops which will be led by leading African filmmakers.

As part of the LAFF objective to grow and nurture the Arts in Africa, the festival in 2014 - with support from private sector institutions - launched the Space to Establish Partnership Program (STEP) competition to support the development of long narratives by young African filmmakers, specifically concerning their first or second work. The 2015 STEP program is supported by private organizations, Qalaa Holdings, a leading Egyptian investment company in infrastructure and industry, and ETISAL Fund Management of Egypt.

The 2015 installment of the STEP program drew a record 59 film submissions from across Africa, competing for the $5,000 prize to fund the development and pre-production phase of the winner’s first or second work of film. The competitors were clustered in four film categories: Long Narrative Competition, Long Documentaries Competition, Short Films Competition, and Freedom Competition.

“We firmly believe that promoting the arts is one of the best ways to build cultural bridges and discover how much we have in common; one history and one destiny,” said Ghada Hammouda, CMO and Head of Communications at Qalaa Holdings, who in addition to the sponsorship of the festival, are also sponsoring an award for the best short film category and a special workshop for long feature films.

The Luxor African Festival is a platform for unifying Africa through culture, while celebrating the diversity of the continent. It is a chance to show the alternative "Africa Rising" rhetoric- a youthful populace that celebrates and embraces it’s Africanness; a different landscape than was the case two decades ago.

The support in nurturing the talent in the Arts by private institutions, such as Africa Investment Company Qalaa Holdings, demonstrates a different kind of inclusive growth taking shape in Africa - where policy makers and business leaders integrate and nurture the social cultural space to enable youth development and advancement of enterprise through the arts.

“The Africa film industry is still relatively immature with a long way to go before it can catch up to those of Western Countries. Encouraging participation in the sector through program such as STEP is a step in the right direction, as it will help, not only in training, but also in instilling confidence in young African filmmakers to help them advance their careers,” said Ms. Neema Reed, a film producer and actress from Tanzania.

This article is related to: Luxor African Film Festival