Porridge-like Egyptian Beer Was Used 5,800 Years Ago in Rituals

New research published in the Journal of Anthropological Archaeology has revealed that Egyptian beer was produced and consumed as a staple as well as for ritual purposes as far back as 5,800 years ago. Moreover, Egyptian beer, according to the study, influenced the stratification of Egyptian society as well as the rise of a unified state. The research was conducted by a team of archaeologists headed by Professor Jiajing Wang of Dartmouth University in New Hampshire.

The Egyptian beer study analyzed fragments of pottery found at Hierakonpolis (or Nekhen), an archaeological site in southern Egypt, reports New Scientist . The fragments date to between 3800 and 3600 BC, which was about 600 years before Egypt was united into one state under pharaoh Narmer. Narmer is believed by historians to be the founder of the First Dynasty and the first pharaoh of a unified Egypt. 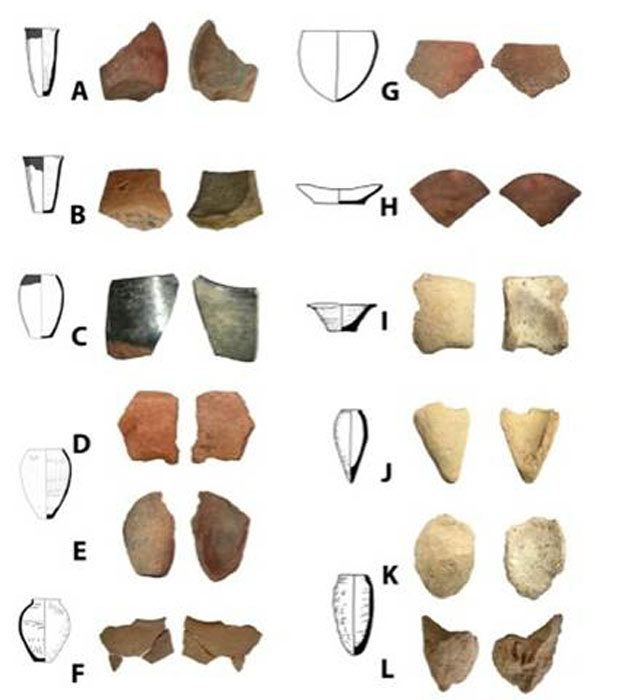 It was pottery fragments like these that were analyzed for microfossil residues like those left behind by ancient Egyptian beer. ( Journal of Anthropological Archaeology )

The research team found beer residues in pottery fragments that originally constituted five straw-colored jars with flat bases, which seem to have been used for storage and transportation of the brew. Four beaker-shaped vessels of black-topped clay ware , typical of the Predynastic period, also revealed beer residues and were probably used as drinking cups.

Microfossil residue analysis was carried out on 33 ceramic vessel fragments, which resulted in the discovery of starch granules, yeast cells and a small amount of phytoliths, minuscule structures in plant tissue that remain even after the rest of the plant decays. The researchers also found tiny crystals of "beer stones" or calcium oxalate, a type of scale formed by chemical reactions.

Plant material in the residue suggests that the beer mash was filtered to remove cereal husks. Evidence of starch damage, the combined result of malting and mashing near the start of brewing, was also found. This process is quite typical to beer brewing and points strongly to Predynastic Egyptians consuming beer.

The residue analysis suggests that the ancient Egyptian beer had a thick, cloudy, porridge-like consistency and would have been low in alcohol content . It was brewed from wheat, barley, and grass. "The beer was probably like a thick porridge, very different from the IPAs [India pale ales] we drink today. Beer was likely a staple food consumed by everyone and, at the same time, it was also ritually consumed on special occasions," said lead study author Professor Wang to the Mail Online . 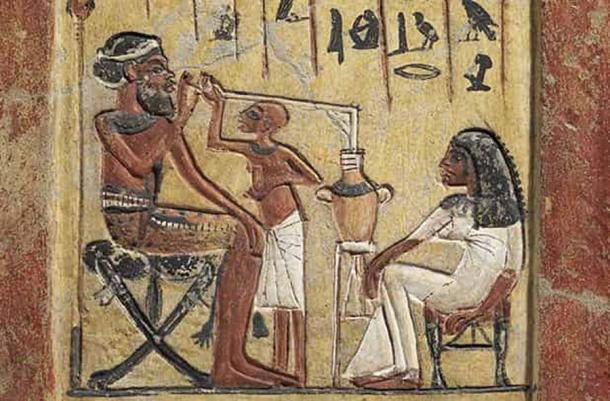 Did Egyptian Beer Play A Role in State Formation?

Based on previous excavations, beer brewing is believed to have been a highly organized and specialized task. Recent excavations have unearthed more than a dozen brewery sites , suggesting that the beverage played a significant role in the development of a complex society and the expression of power and status. At least a dozen "installations" have been discovered with a brewing capacity ranging from 390 to 1,000 liters (103 to 264 gallons).

The researchers claim that they have the first scientific evidence for a long tradition of beer jars in Egypt, specialized vessels for beer storage, transportation, and consumption. The first fragments of such vessels belong to the early Naqada II culture (also known as the Gerzean culture), dating to between 3500 and 3200 BC of the Predynastic period.

Beer produced at one of the Hierakonpolis breweries was used in the ritual activities at a nearby elite cemetery, according to the researchers. Thus, beer was not simply a staple food for the living, but "a symbol of status and authority," important in elite feasting and burial rituals "in this life and the next," Mail Online quotes the research team as saying.

The research team feels that the results of their study point to the possibility of Egyptian beer production contributing to the economic and cultural integration of society, the rise of an elite strata, and of a unified Egypt.

Humans have been producing and consuming beer for millennia and the first evidence of beer drinking comes from China as far back as 9,000 years ago. Papyrus scrolls indicate that beer brewing began in Egypt around 5000 BC. Dates, pomegranates, and indigenous herbs were used for the process. Around 3150 BC large Egyptian beer breweries were installed to provide beer to the workers who built the pyramids at Giza.

The new study provides another link in the chain of evidence for beer drinking in ancient Egypt, claiming in fact a significant role for it in the economy, society, polity, and culture of early dynastic Egypt.

Top image: The complete large straw-tempered Egyptian beer jars from Hierakonpolis in the background. The recent research study suggests the contents of these big jars would have been decanted into smaller, finer beakers, like the three shown in this image. Source: Journal of Anthropological Archaeology