Egypt's Ministry of Tourism and Antiquities released the 88th volume of the Annals du Service des Antiquités de l'Égypte (ASAE), which was delayed due to the COVID-19 pandemic. 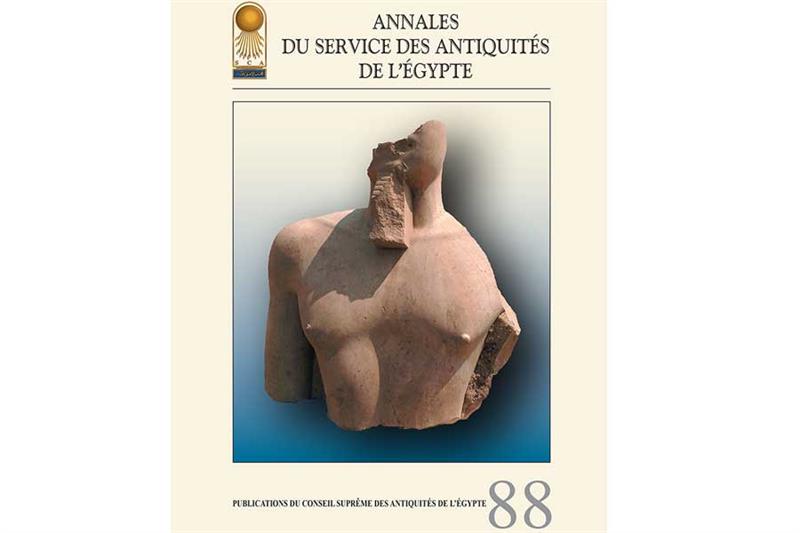 According to the ministry on Sunday, the volume includes eight reports on work conducted at archaeological sites such as Kom El-Dikka, Elkab and Hagr Edfu, the Avenue of Sphinxes in Luxor, the Mortuary Temples of Thutmose III and Amenhotep III on the West Bank of Luxor, Giza and Heliopolis.

The volume also contains six articles on diverse topics, ranging from religion to philology, art and architecture, in addition to two book reviews.

ASAE 88 is dedicated to the late Egyptologist Attia Radwan, who passed away in 2012 after a long, illustrious career at the Supreme Council of Antiquities.

In 2022 the Ministry will launch two special issues of the ASAE.

The first one will be issued in commemoration of 200 years since the deciphering of the hieroglyphic script and the birth of Egyptology as a science while the other will be issued in celebration of the centennial of the discovery of the tomb of Tutankhamun.

The ASAE is the definitive source for the findings of archaeological excavations undertaken in Egypt, according to the AUC Press.