Hundreds of offerings to Egyptian fertility goddess uncovered at Luxor - Al-Monitor: The Pulse of the Middle East

Hundreds of offerings to Egyptian fertility goddess uncovered at Luxor

A team of Polish archaeologists working at the temple of the goddess Hathor in Luxor has discovered hundreds of artifacts that were once used as offerings to the ancient Egyptian gods of love and fertility. 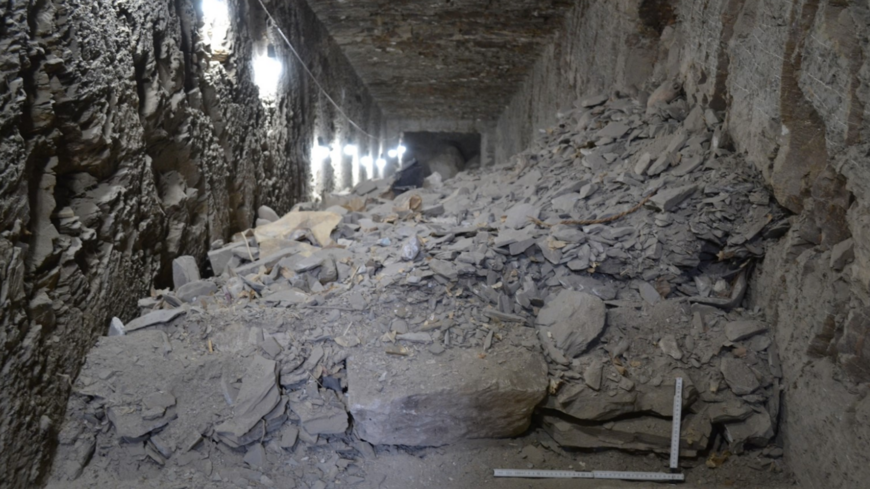 A team of Polish archaeologists has unearthed hundreds of artifacts that were once offerings to an ancient Egyptian fertility goddess in 3,500-year-old rubble. They made the discovery while rebuilding a tomb below the Hathor Chapel at the Temple of Hatshepsut at Deir el-Bahri.

The collection of artifacts includes blue-painted figurines along with cups, plates, bowls and other ceramic vessels with modeled breasts.

Patryk Chudzik, from the Polish Center for Mediterranean Archeology at the University of Warsaw, is head of excavations at the Temple of Hatshepsut. He stated to Arkeonews, "We were afraid that the work we were doing might cause the tomb roof to collapse, so we wanted to protect it. However, once inside, it turned out that the wreckage was never examined and cleaned as it was located above a cemetery, about half a meter high."

He added, "Apart from the remains of the tomb furnishings of the original owner of the tomb, a large deposit of objects dedicated to the goddess Hathor was discovered in the rubble. These included mainly small faience figurines depicting naked women with long braids falling on their shoulders, amulets depicting a woman with cow ears, clay figurines of cows, and numerous ceramic vessels with modeled breasts. The ensemble of offerings also included numerous fragments of sculptures dedicated to the goddess Hathor."

He believed that the locals back then came with the offerings in large numbers and those gifts began to overwhelm the temple, prompting those in charge to move them to another location, thus creating this "rubbish dump." 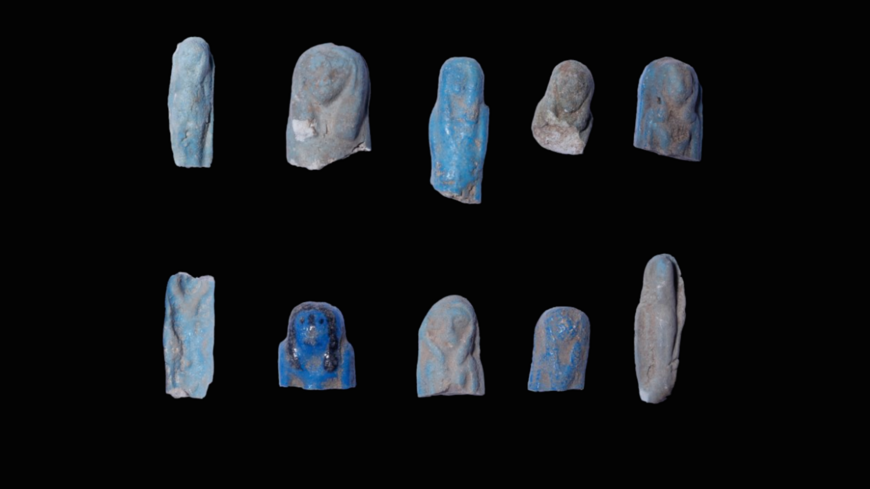 Chudzik said the body buried in the tomb remains a mystery. "In ancient times, thieves stole the tomb's contents, which must have been valuable because the person was someone closely related to Pharaoh Mentuhotep II. Perhaps his son or wife."

The Polish mission has been working for decades to restore the Deir el-Bahari temple and other sites. Egypt's Supreme Council of Antiquities announced in 2004 that the mission, in cooperation with Egyptian archaeologists, was working on the site of the ancient University of Alexandria, which dates back to 300 BC.

Archaeologist Abd al-Rahim Rihan told Al-Monitor that Hathor, a sky deity, represented women, love and fertility, and was thought to provide food and drink to the dead and welcoming them as they crossed into another spiritual realm.

Rihan stressed that the Luxor Temple is at the top of the ancient Egyptian sites registered with the World Heritage List. It stands on the eastern bank of the Nile River in Luxor.

He added, "Although the Temple of Hatshepsut was previously the subject of excavations by many foreign missions, there are still many sites within the temple that have not been attended to. However, recent excavations have proven something completely new."

Rihan explained that the ancient temple was built in 1400 BC to worship the god Amun and his wife Mut. Later, King Amenhotep III ordered the construction of the Luxor Temple on its ruins. "The entire temple was built in the era of the 18th and 19th dynasties. Numerous kings contributed to the construction of the Luxor Temple. King Tutankhamun completed the inscriptions of the temple walls, while King Ramses II reconstructed the triangular chapel that was built by Queen Hatshepsut and King Thutmose III and was later destroyed."

He added that in 1858, archaeologists started to show interest in egyptology at the Luxor Temple, which was covered with sand. "Back then, prominent figures in Luxor had houses in the temple area that they built over its columns."

Rihan explained that the Luxor Temple is also home to the Abu al-Hajjaj Mosque, which was built during the Ayyubid era and still stands on the site.