In Egypt, Lapid and antiquities chief return 95 ancient relics smuggled into Israel | The Times of Israel

Foreign minister offers goodwill gesture to his counterpart after meeting with Sissi, bringing stone tablets, papyrus, idols and other stolen artifacts back to Cairo

Foreign Minister Yair Lapid on Thursday presented his Egyptian counterpart Sameh Shoukry with dozens of Egyptian relics that were illegally smuggled into Israel.

Eli Eskozido, Director of the Israel Antiquities Authority, joined Lapid to hand over the 95 artifacts, which included two stone tablets with hieroglyphic writing, a piece of a sarcophagus with hieroglyphics, papyrus documents and dozens of small idols of Egyptian gods.

The items were laid out on a table covered in a green tablecloth as Eskozido and Lapid officially transferred them over to Egypt.

Four of the relics were nabbed by Israeli customs agents in 2013 as an Israeli antiquities dealer tried to bring them into the country through Ben Gurion Airport after purchasing them in Oxford, England. Israel alerted Egyptian authorities through Interpol, and after a legal battle, the relics were handed over to Israel in 2015.

The other Egyptian artifacts were found in a Jerusalem antiquities dealership in August 2013. IAA and Foreign Ministry officials met with Egypt's ambassador in September of that year and agreed to conduct a joint investigation. The next month, 91 relics were seized from the shop. During the ensuing legal process, Egypt sent documentation of the artifacts and expert opinion from Yousef Hamed Khalifa, the director of Cairo and Giza for the Egyptian Tourism and Antiquities Ministry. 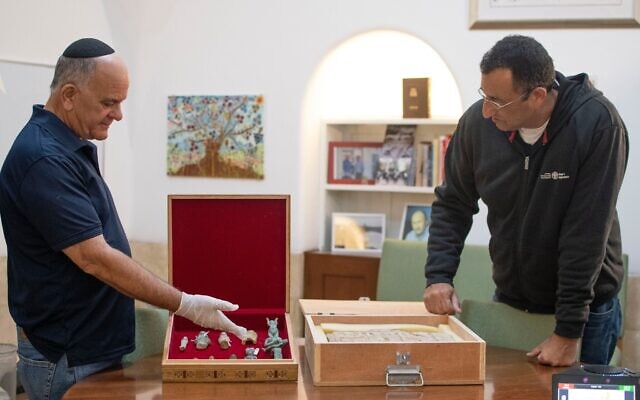 As a compromise, the dealer handed the items over to Israeli authorities.

"The Antiquities Authority praises Foreign Minister Lapid's initiative, and is happy it was able to help the Egyptian authorities return to the Egyptian people Egyptian cultural artifacts that were stolen from Egypt," Eskozido said in a statement.

Earlier in the day, Lapid met with Sissi in Cairo, where the two discussed the Iranian threat and Israel's attempts to reach a long-term ceasefire agreement with the Hamas terror group in Gaza. 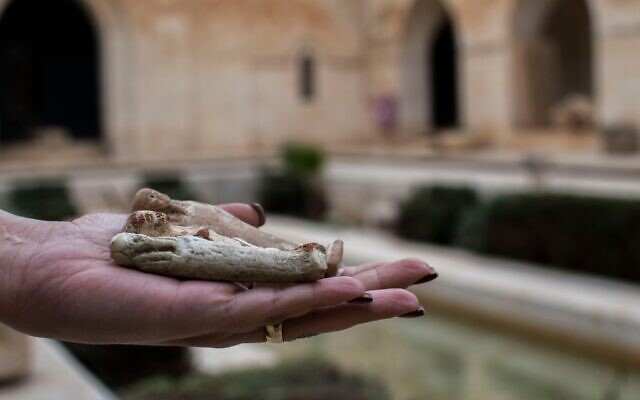 Lapid and Sissi spoke about Tehran's nuclear program and the threat to regional stability posed by its support for armed proxy groups, according to the Foreign Ministry.

Lapid also presented his vision for Gaza, which would offer economic incentives in return for an end to Hamas attacks, and discussed the issue of Israeli civilians and the remains of two Israeli soldiers being held in the Strip.

"Egypt is an especially important strategic partner for Israel," Lapid said in a statement after the meeting. "My goal is to strengthen our security, diplomatic, and economic ties with Egypt. It is important to continue to work on the peace between the two nations. I thank President Sissi, whose contribution to the region and to the ties between us are of historic proportions, for the hospitality, and for the warm and open meeting." 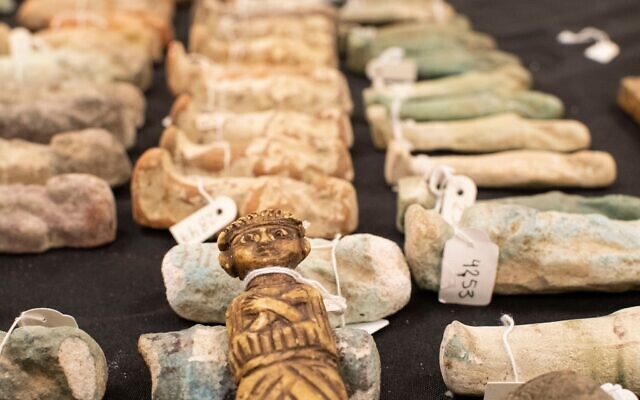 Lapid previously met with Shoukry in July, when the two men were in Brussels for an EU conference.

Lapid's visit to Egypt follows Prime Minister Naftali Bennett's meeting at Sharm el-Sheikh with Sissi in September, the first such summit between Israeli and Egyptian leaders in more than a decade.