Rosetta Stone to be added to British Museum LGBTQ+ tours 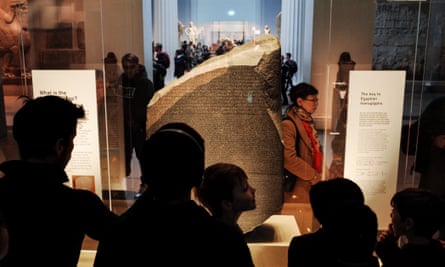 The Rosetta Stone is said to be the No 1 attraction at the British Museum. Photograph: David Cliff/NurPhoto/PA Images
Mark Brown Arts correspondent
Published on Thu 25 Jun 2020 10.51 EDT

One of the most famous objects in the world, the Rosetta Stone, is to have its little-known gay history explored on public tours for the first time by the British Museum.

The stone is known for its crucial role in giving the scholars Jean-François Champollion and Thomas Young the key to decipher ancient Egyptian hieroglyphs. It has been in the museum collection since 1802 and is regularly named as the number one object people want to see.

But the museum argues another character deserves his place in the story too: William John Bankes, a charming, adventurous and rich Egyptologist who was forced to flee Britain after he was caught having sex in Green Park with a soldier.

Because of Bankes, the Rosetta Stone is being added to LGBTQ+ themed tours of the British Museum which began last year and have become hugely popular, said Stuart Frost, the museum's head of interpretation and volunteers.

"The first run of tours was booked out within an hour or two, demand was really high, volunteers enjoy doing them and we've had great feedback from the public," he said.

Frost sees them as a good vehicle for sharing new research with the public. "Sometimes it is new stories, sometimes it is highlighting stories which are just not very well known because historically they have been overlooked."

For that reason about 20 objects are being added to the tours, including the Rosetta Stone. 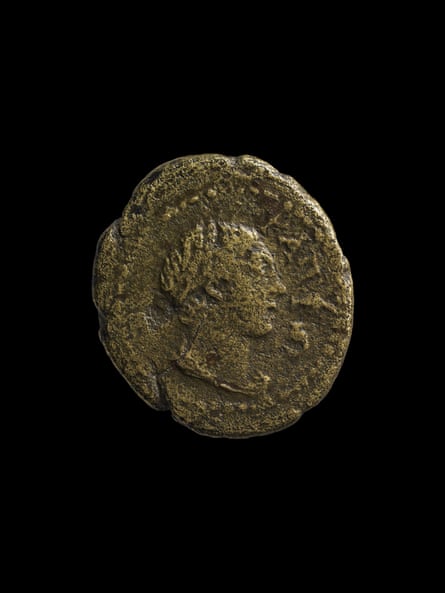 The tours have stemmed from a gay history book written by Richard Parkinson, a former British Museum curator who was in charge of the stone for many years. He argues that "every object is potentially queer" and that it just takes some scratching of the surface to find connections.

Frost said most people would not know "that a gay man was instrumental in making the Rosetta Stone one of the most famous historical objects in the world".

The actual text on the Rosetta Stone is strikingly dry: priests asking for a tax break. But its importance is immeasurable because it says the same thing in three different scripts, which allowed the early scholars to crack the code of hieroglyphics.

Champollion and Young are rightly famous because of it. But the museum says it was Bankes who discussed the possibility that the texts on the stone might all say the same thing, and he correctly supposed that a recurring cartouche represented a royal name. An obelisk collected by Bankes and which stands in the grounds of Kingston Lacy, his lavish Dorset home, was used in deciphering the stone.

Bankes remains a fascinating character. Described by his friend Lord Byron as the "father of all mischief", he was forced to flee Britain in 1841 when, in his mid-50s, he was charged with "unnatural offences". Because it was the second time he had been caught, execution was a real possibility.

Other new objects on the tours will include an ancient Greek coin depicting the poet Sappho and a Roman lamp showing two women having oral sex, probably representing a male fantasy.

There is also a 1777 medal of the Chevalier d'Eon, an 18th-century soldier, diplomat and spy who lived alternately as a man and a woman in France and England.

The most recent is a "Bank of Duckie" nine-bob note, a fake banknote made for a 2008 club event called Gay Shame Goes Macho, featuring the gangster Ronnie Kray instead of the Queen. 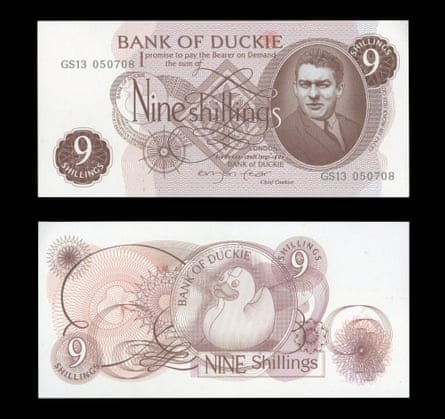 A fake nine shillings note of the 'Bank of Duckie' features the gangster Ronnie Kray instead of the Queen. Photograph: British Museum

They join busts of the Roman emperor Hadrian and his lover Antinous, a gender-fluid depiction of a Babylonian deity dating from 1800BC, and arguably the museum's most famous gay object, the Warren Cup, a Roman drinking vessel showing two scenes of men making love.

The museum is planning for reopening after the government gave the all clear for museums and galleries to open their doors from 4 July. A formal date has yet to be announced but the LGBT+ tours will be among the first tours to restart, said Frost. In the meantime the possibility of having them online is being explored.

... in the coming year, and the results will define the country for a generation. These are perilous times. Over the last three years, much of what the Guardian holds dear has been threatened – democracy, civility, truth.

Science and reason are in a battle with conjecture and instinct to determine public policy in this time of a pandemic. Partisanship and economic interests are playing their part, too. Meanwhile, misinformation and falsehoods are routine. At a time like this, an independent news organisation that fights for data over dogma, and fact over fake, is not just optional. It is essential.

The Guardian has been significantly impacted by the pandemic. Like many other news organisations, we are facing an unprecedented collapse in advertising revenues. We rely to an ever greater extent on our readers, both for the moral force to continue doing journalism at a time like this and for the financial strength to facilitate that reporting.

We believe every one of us deserves equal access to fact-based news and analysis. We've decided to keep Guardian journalism free for all readers, regardless of where they live or what they can afford to pay. This is made possible thanks to the support we receive from readers across America in all 50 states.

As our business model comes under even greater pressure, we'd love your help so that we can carry on our essential work. Support the Guardian from as little as $1 - it only takes a minute. Thank you.

Support the Guardian
Posted by Glenn Meyer at 10:28 PM