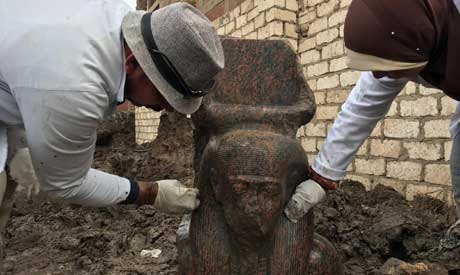 An Egyptian archaeological mission from the Ministry of Antiquities has unearthed a red granite royal bust of King Ramses II emblazoned with the "Ka," a symbol of power, life force and spirit.

The discovery was made during excavations on privately owned land in Mit Rahina village in Giza, after the landowner was caught carrying out illegal excavation work at the site.

Mostafa Waziri, secretary-general of the Supreme Council of Antiquities, asserted that the bust is unique, as the only similar bust to have been discovered is carved in wood and belongs to 13th Dynasty King Hor Awibre, and is now on display at the Egyptian Museum in Cairo.

Waziri says that the newly discovered bust is carved in red granite and depicts Ramses II wearing a wig with the symbol of the "Ka" over his head. The bust is 105 cm tall, 55 cm wide and 45 cm thick.

The mission has also unearthed a collection of huge red granite and limestone blocks engraved with scenes showing Ramses II during the Heb-Sed religious ritual, which indicates that these blocks could belong to a great temple dedicated to the worship of the deity Ptah.

The bust and the blocks have been moved to the Mit Rahina open air museum for restoration, and excavations will continue at the site. 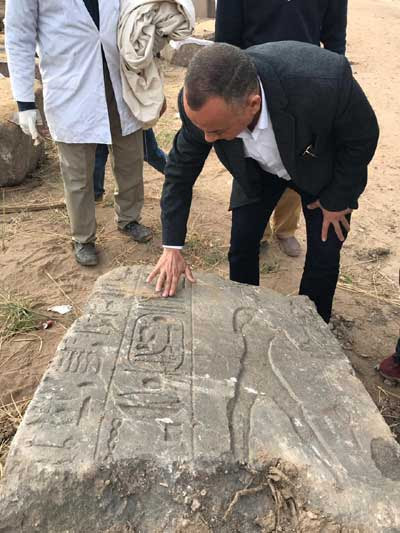