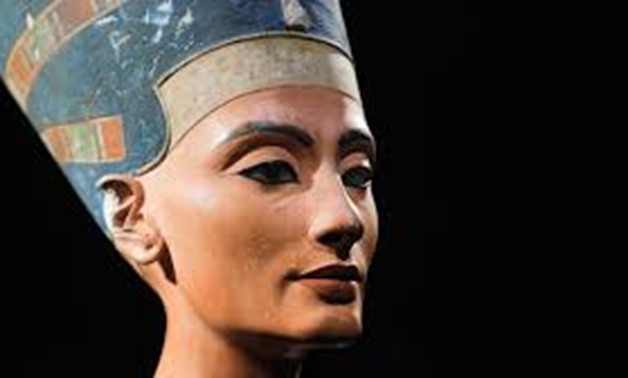 CAIRO - 8 December 2019: Today marks the anniversary of the discovery of the statue of the Pharaonic Queen Nefertiti, the wife of Akhenaten, in Tel el-Amarna region, Minya in 1912.

Recently, Zahi Hawass has announced the start of the National Project for the Study of Royal Mummies. Will Nefertiti be found?

"Queen Nefertiti may be one of two mummies already discovered," said Hawas during one of his lectures in London, expressing his belief that using modern DNA tests might help find out the mummy of Queen Nefertiti among the mummies discovered in the Valley of the Kings.

Hawass clarified that he was exploring a new site in the Valley of the Kings to search for the tombs of Queen Nefertiti and Queen Ankhesenamun, admitting the queens may have been found already. The mummies will also be examined using CT-scans.

It was believed that Queen Nefertiti, who died in 1331 BC, was buried in a large room behind a hidden door in the tomb of King Tutankhamen. However, in 2018, the Ministry of Antiquities announced that the investigation, which continued for 3 years and included a radar survey of the cemetery, proved conclusively that there were no secret rooms.

"Everyone asks me if Nefertiti is buried in the tomb of Tutankhamun and the answer is no," concluded the renowned Egyptologist.

Nefertiti (1370 – 1330 BC) was an Egyptian queen and the wife of Akhenaten. Nefertiti and her husband were known for a revolution pushed by religion, in which they worshipped one god; Aten.

Together with her husband, she reigned at what was arguably the wealthiest period of Ancient Egyptian history.

Some scholars claim that Nefertiti ruled briefly as Neferneferuaten after her husband's death and before reigning Tutankhamun, however, this claim has never been confirmed.

Nefertiti had many titles including Hereditary Princess, Lady of Grace, Lady of The Two Lands, among others.