The tomb represents a typical example of a nobleman tomb. It is a T-shaped tomb consists of an open court leading into a rectangular hall, a corridor and an inner chamber.

After removing almost 450 cubic metres of debris out of the open court, appeared the entrance of the tomb as well as two other entrances leading to two joint tombs.
Excavation works are at its full swings to reveal the secrets of these two tombs.

Check HERE for more on the tomb location and details 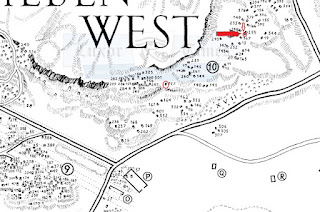 Inside the rectangular hall, a well-preserved wooden coffin, decorated with coloured scenes, was unearthed and a nine metres deep shaft was uncovered. Inside the shaft, the mission has located two rooms; one on the eastern side where a collection of ushabti figurines, wooden masks and a handle of a sarcophagus lid was unearthed. 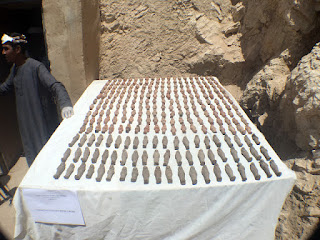 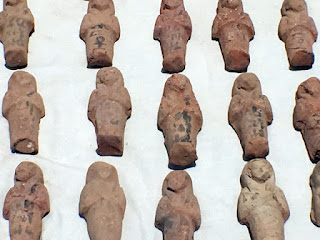 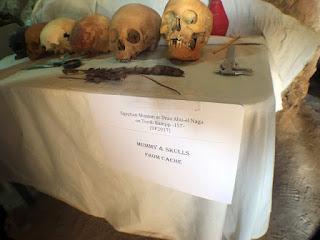 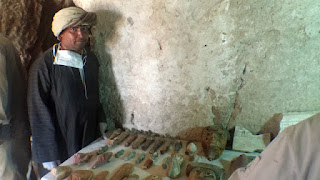 The second one is located on the western side but did not completely excavated yet.
The corridor of the tomb leads into an inner chamber where a cachette of sarcophagi is found. It houses a collection of sarcophagi from the 21st Dynasty with mummies wrapped in linen.

A collection of ushabti figurines carved in faience, terracotta and wood was also unearthed as well as another collection of clay pots of different shapes and sizes. 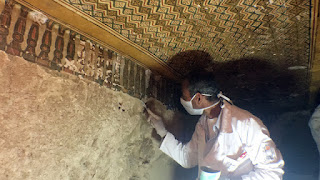 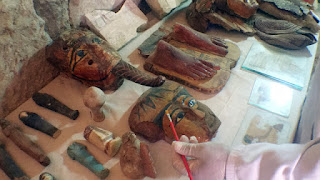 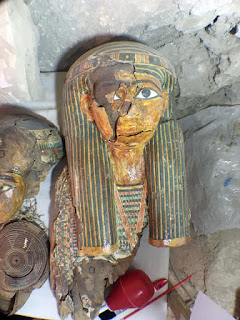 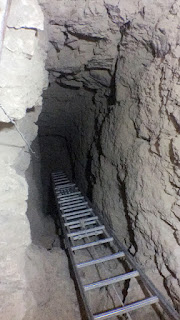