A folk eye on the Egyptian Museum

Egypt's heritage is a field of rich folk culture, made possible by the life-sustaining Nile 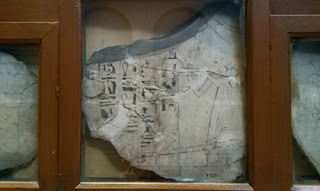 Egypt's folk culture is a vivid and subtle realm where past and present come together. In a series tracing the folk element inside the Egyptian Museum in Cairo, Ahram Online went on an exceptional tour.

"Think of it as a cinema reel," explained archeologist Fatma Keshk about how to read the drawings and symbols of the ancient Egyptians that remain open to interpretation to this day.
In her unique tour at the Egyptian Museum, hosted by the saba3 sanai3 initiative to promote independent cultural activities, the tour focused on the roots of Egyptian folk arts. 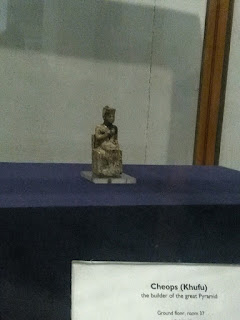 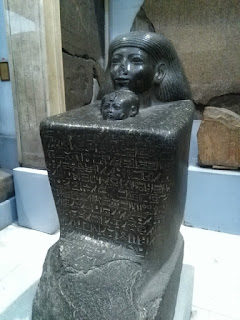 At first we admired the building itself, constructed almost 130 years ago to safeguard the relics of one of the world's grandest civilisations. With its glass ceiling and dome in the centre, the building brought to bear advanced techniques of indirect lighting that would allow the relics to be seen but not harmed.

The relics themselves were placed according to size rather than in chronological order, and this has barely changed in the past 130 years. 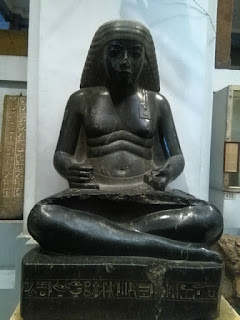 "The Egyptian Museum holds the biggest collection of Egyptian antiquities in the world," says Keshk as we start with Mina, the legendary pharaoh who united the northern and southern kingdoms of Egypt sometime in 3200 BC.

Mina was not the first to attempt to unify the two kingdoms, but he succeeded in sustaining this unity to give this grand civilisation room to grow in a more stable environment. 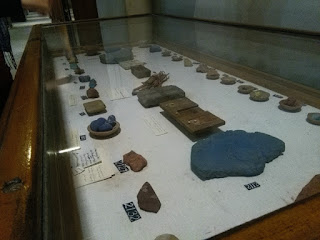 During that era, ancient Egyptians learned how to make even sharp knives from stones.

When Egyptians settled in the Delta and Nile Valley, the Nile and the clay it beheld allowed Egyptians to record their first attempts at a written language on pottery.

"There were items found documenting certain dates and trades that happened, written on bits and pieces of pottery that were used as documentation (before they knew how to write on papyrus)," said Keshk. 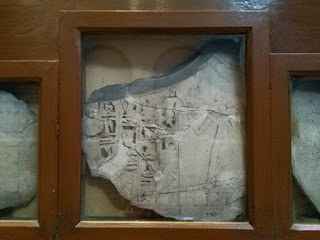 Meanwhile, the stability of the Nile allowed the cultural beliefs of ancient Egypt to become more tangible and gave room for invention, with even board games created for entertainment.

This leap forward can be traced in the documentation of Manetho, an ancient Egyptian priest who lived at the time of the 27th dynasty (525 BC to 404 BC) and who was assigned to document the history of his ancestors. 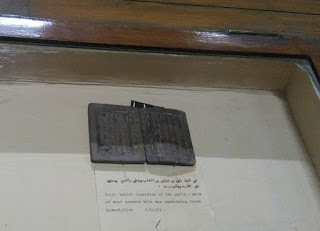 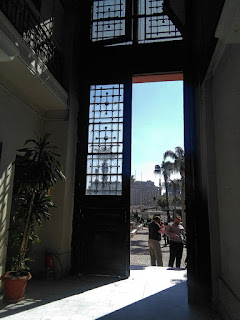 "During the reign of King Zosar (meaning the holy body, or the immortal) the first attempt to build a pyramid as a tomb took place," said Keshk.

The pyramid in popular ancient Egyptian belief represented the tip of the little hill surrounded by water, on which the first traces of life grew gradually. The pyramid is a symbol of the after-life, where the king shall come to life once again. "We die to live," in other words. 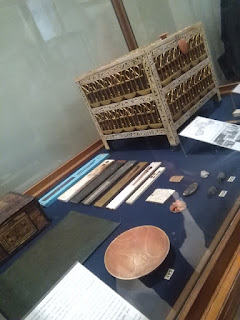 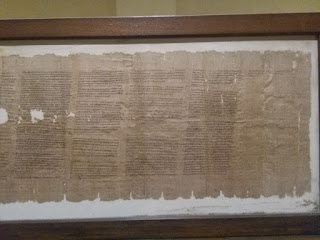 Since we are talking pyramids, get this: the king for whom the largest pyramid in Egypt was built, King Khufu, does not have grand statues to match. He is represented only by a nine centimetre-tall statue -- literally the smallest in the Egyptian Museum. 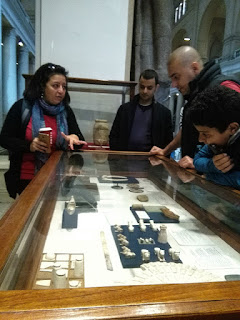 The value of the word

Writing to ancient Egyptians was essential, and prestigious. The famous statue of the writer, explains Keshk, reveals how Egyptian society portrayed writers, who would document economic and political information, while the religious enjoyed an even higher status.

"There were also the peasants who were focused on agriculture and literally fed the nation. It was not a society of class discrimination; it was more specialised social sects," she said. 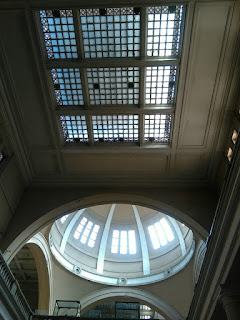 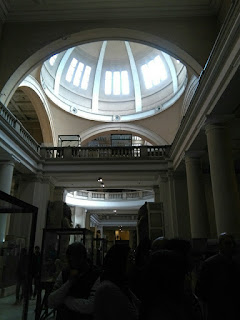 A tour of the museum also reminds us that the rituals of Egyptians when it comes to being portrayed seldom change. Perhaps the types of artworks have, but the act of capturing moments in something eternal, be it sculpture or painting or more recently photographs, has an ancient history. Family statues abound documenting this fact in the museum.

Meanwhile, men and women were understood as equal, with no discrimination against any person different in physique. 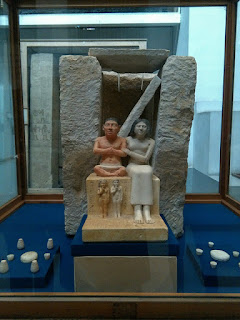