In celebration of Coptic Christmas and coinciding with the launch of the fourth World Youth Forum, the Ministry of Tourism and Antiquities is organising a temporary exhibit at Sharm El-Sheikh Museum under the title 'The Holy Family's Trail in Egypt.' 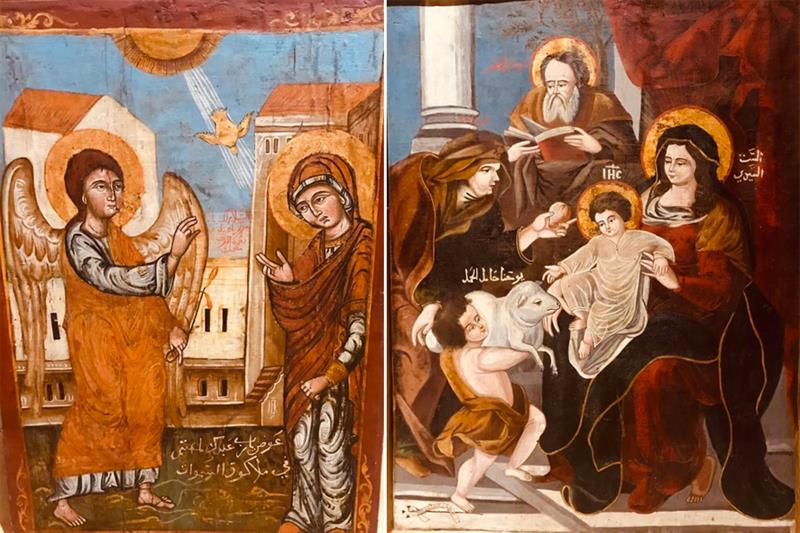 The exhibit, which is scheduled to be inaugurated on Tuesday and will last for six months, will include a collection of three rare manuscripts and nine icons that have never been put on display before.

Moamen Othman, head of the Museums Sector at the Supreme Council of Antiquities, said the manuscripts were carefully selected from the Coptic Museum in Old Cairo and several Egyptian Churches including St. Mercurius (Abu Seifein), Marmena, St. Sergius, Al-Damsharia, Archangel Michael and the Hanging Church.

Othman said that the exhibition is organised in collaboration with the Islamic, Coptic and Jewish Antiquities Sector at the Supreme Council of Antiquities and the Church to highlight the Holy Family's journey in Egypt, where Sinai was among the areas through which they travelled.

A number of lectures on art history during the Coptic era and workshops on the fabrication of icons will be held on the sidelines of the exhibit.

At the end of the exhibit, Othman said, a celebration will be held to commemorate the anniversary of the Holy Family's entry into Egypt, which is on 1 June.

Myriam Edward, Supervisor-General of the Sharm El-Sheikh Museum, said the exhibit will be on display at the Byzantine section of the museum. She added that all the icons date back to the 18th and 19th century, while the manuscripts date to the 18th century . 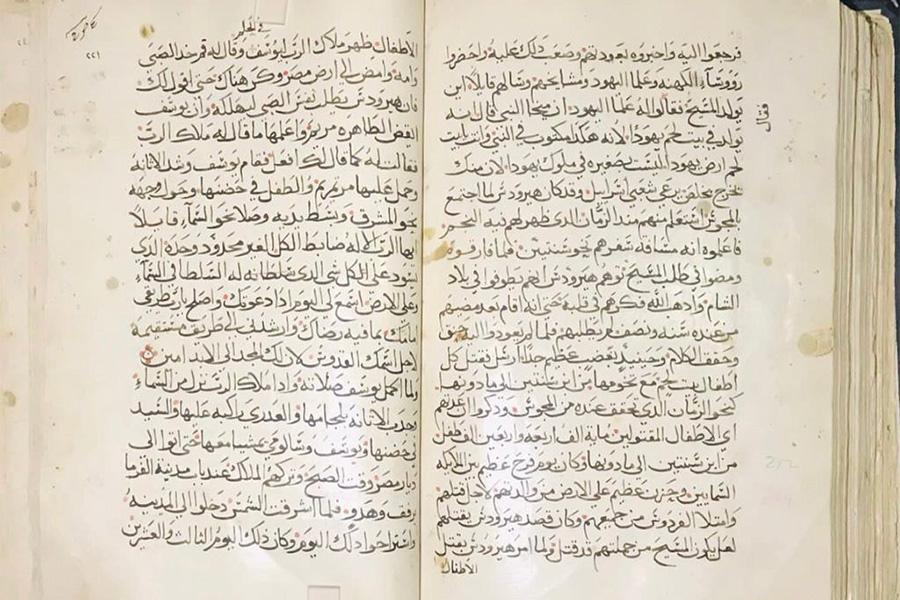 She explains that among the icons are the Crowned Virgin Mary with the Child along with angels kneeling on clouds and placing the crown on the Virgin's head, as well as an icon of the Archangel Gabriel holding in his right hand a scroll with Arabic text and a globe in his left hand.

The manuscripts on display are the four gospels manuscript which mention the Holy Family's flight to Egypt. The manuscript is written in Arabic, it is dated on the last folio, of which it has a total of 207, most of which are decorated in gold, blue and red colours.

The second part of the Synaxarium includes the commemoration of the flight of the Holy Family to Egypt on the 24th of the Coptic month Bashans. The manuscript is written in Arabic and contains 247 folios, the subject headings are written in red ink.

The last manuscript is of the Virgin and her miracles, and also mentions the Holy Family's flight to Egypt. Here, on the verso, appears the inscription: "Myamr written by the virtuous father Abba Zacharias, Bishop of the city of Sakha", and it recounts the events that occurred when the Holy Family came to Egypt. The manuscript is written in Arabic and includes geometric motifs on some of its folios. 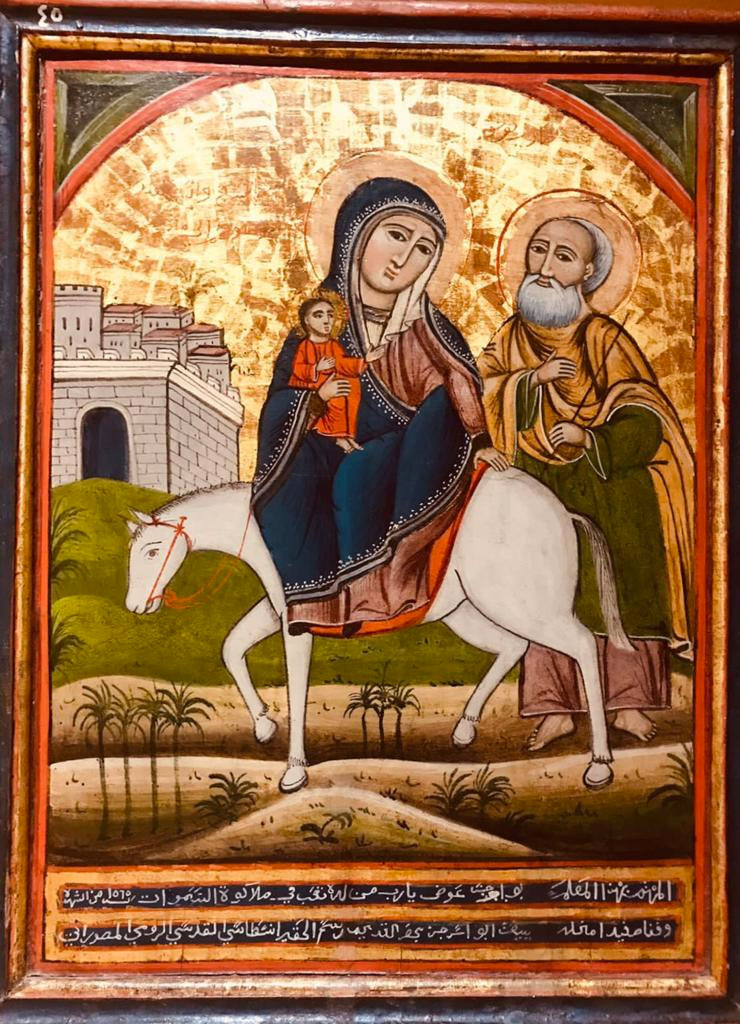 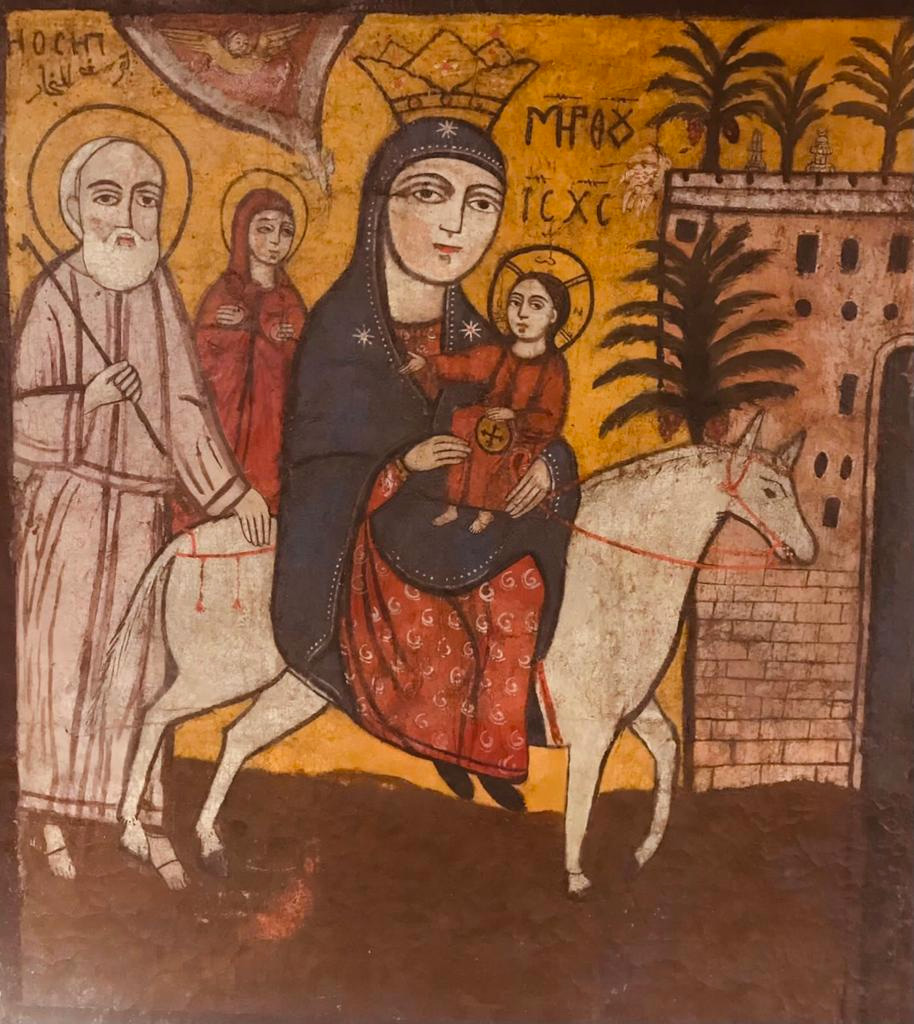