The joint Egyptian-Italian mission working in the vicinity of the Mausoleum of Aga Khan, west of Aswan, uncovered a Greco-Roman rock-cut tomb during work carried out during the last archaeological season. 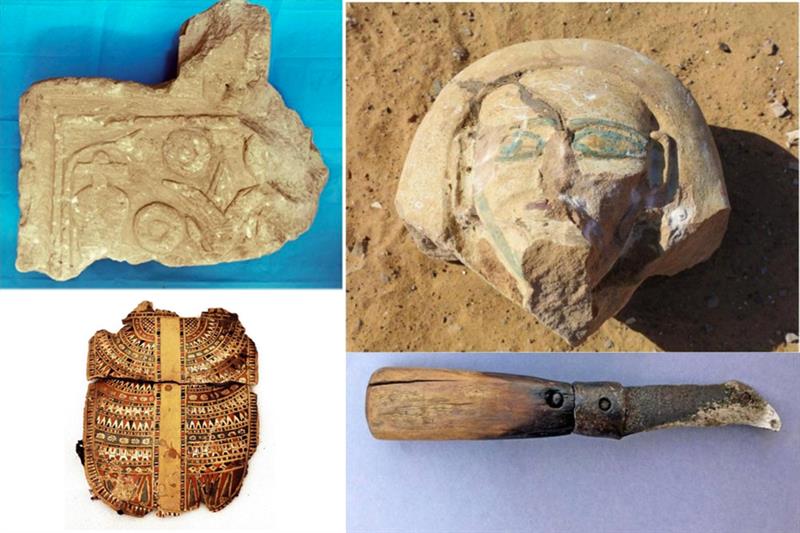 The tomb consists of two parts, according to General Director of Aswan and Nubia Antiquties Abdel-Moneim Said Mahmoud.

The first part is a rectangular building containing the entrance built above ground from sandstone blocks covered by a vault of mud bricks.

The second part leads from the entrance to a rectangular courtyard carved from the rock in which four burial chambers are located.

About 20 mummies were found in the burial chambers, the majority of which are still well preserved.

"It is a mass grave that includes more than one family," said Patrizia Piacentini, professor of Egyptology at the University of Milan and head of the mission on the Italian side.

She added that many important archaeological artefacts were unearthed from the Greco-Roman era, including offering tables, stone panels written in hieroglyphic script, a copper necklace engraved in Greek, a number of wooden statues of the Ba bird and parts of coloured cartonnage (a material used in funerary masks).

During the archaeological survey in the area, a number of coffins were found in well preserved condition, some of which are made of clay and others of sandstone.