The mission's work began in 2018, but was disrupted due to the coronavirus outbreak A joint Egyptian-German archaeological mission is resuming the conservation and photographic documentation work on the Temple of Esna, on the west bank of the Nile some 55km south of Luxor.

The mission's work began in 2018, but was disrupted due to the coronavirus outbreak, and resumed in September.

Over the centuries, the temple suffered from the accumulation of thick layers of soot, dust and dirt. Bird droppings and wasp nests covered the temple's Inscriptions and salt crystals affected the colors of the temple and caused some flaking of the reliefs.

Hisham El-Leithy, head of the Documentation Centre, said that "since December 2018, the mission has conducted five conservation and documentation campaigns. The conservation team cleaned mechanically layers of soot, dust and dirt, and the bright colours of the inscriptions can now be appreciated, especially the astronomical decoration of the ceiling of the temple." 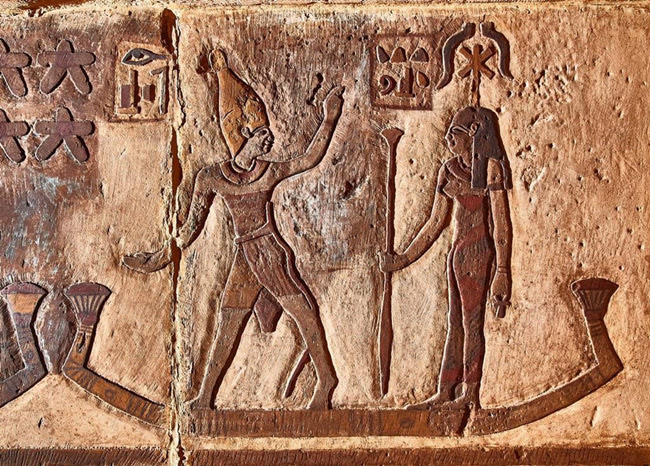 The mission expects the current campaign to conclude its task in the early months of 2021.

The Temple of Esna dates back to the Roman period. Construction began during the reign of the Roman Emperor Claudius, and its decoration was finished during the time of Emperor Decius, between 249-251 CE. The temple  is dedicated to the ram god Khnum and his divine consorts. During the 19th and 20th centuries the Temple of Esna suffered from urban encroachment, and houses of the villagers were built all around it. The temple was in fact accessed through one of the houses.

The temple was reported to have been used as a storage facility for the villagers' cotton crop during the reign of Mohamed Ali Pasha.