WATCH: We take you on a tour of the phenomenal Ancient Egypt exhibition at World Museum - The Guide Liverpool


WATCH: We take you on a tour of the phenomenal Ancient Egypt exhibition at World Museum

Think you know your scouse Mummies….well think again! Liverpool's World Museum is about to open the doors to its new Ancient Egypt: A journey through time on Friday (28th April) revealing one of the UK's most significant collections of ancient Egyptian and Nubian antiquities.

We took our cameras inside to bring you this sneak peak of the breath-taking new gallery which includes the jewel of the exhibition, The Mummy Room, featuring 9 mummies, 4 of which have not been seen since the Museum Blitz in 1941. 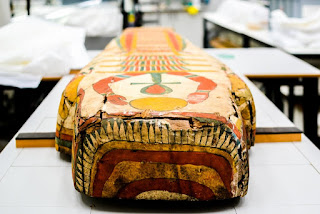 The gallery has trebled in size to create the biggest ever display area for its ancient Egypt collection. At 1,000 square metres, it is the UK's largest ancient Egypt gallery outside of the British Museum.

The new, enhanced gallery will see around 1,000 key objects displayed including many items that have never been on public display before such as a recently identified statue part of Nefertiti and two mummy masks, including one with a magnificent representation of the vulture goddess Nekhbet, her wings outstretched and patterned.

We caught up with Ashley Cooke, Senior Curator of Antiquities at World Museum, to find out more and to discover just how much Ancient Egypt influences our 21st century lives. Yes, you read that right, from the world's first ever version of a Tweet (decorative scarab beetles are so last season) to our scouse fascination with eye liner, big brows and a bit of bling. 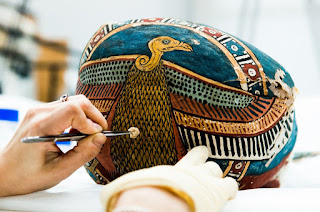 New on display will be Djed-hor's Book of the Dead and a brightly painted coffin belonging to a man named Haty from 8th century BC Thebes. The coffin comes from the collection of Sir Robert Mond of Wigan, an industrial chemist whose chief hobby was Egyptian archaeology.

Also displayed for the first time, is a reassembled Predynastic burial (3200 BC), discovered in the desert sand in 1906 by John Garstang of the University of Liverpool, who is responsible for beginning our city's fascination with the ancient world.

The larger gallery also gives space to redisplay objects that were damaged in 1941 when World Museum was bombed in the Blitz. A number of objects will be on display for the first time in 76 years, after the Second World War, including several mummies and artefacts from the royal city of Meroe in northern Sudan, borrowed by the Louvre Museum in 2010 for an exhibition about ancient Egypt's southern neighbours, the Kushites. 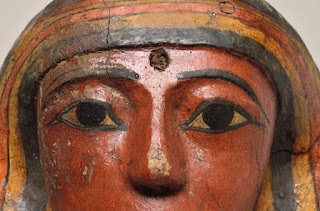 The extended gallery will also see the reopening of World Museum's Mummy Room for the first time in 150 years. With a total of ten mummies on display, this is the UK's largest display of mummies outside of the British Museum, and double the number of mummies on display at the Museum previously.

The atmospheric Mummy Room houses a female temple musician called Ankh-es-en-aset; a woman called Ta-enty who was buried in her bedsheets; a teenage woman whose name remains unknown to us, and a priest from Abydos called Hor-wen-nefer.

There will be an additional mummy in the main gallery, the mummy of Nesmin, who served as a priest in the temple of the male fertility god Min 2,300 years ago. Recent CT scans revealed Nesmin died from a fall. The mummy and coffins were previously owned by Sir Rider Haggard, author of King Solomon's Mines. 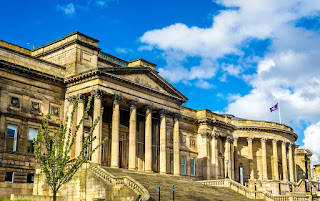 Steve Judd, Director of World Museum, said: "Our mummy collection is world-renowned and has always proved to be incredibly popular with visitors of all ages.

"Until now, space restrictions have limited us from showing the full scope of our collections. By expanding the gallery, we look forward to wowing visitors with never-before seen objects displayed in new and exciting ways."

World Museum's ancient Egypt collection has been amassed over more than 150 years. The gallery will take visitors on a journey spanning 5,000 years of history from the time of the first settlers in the Nile Valley through to the impact of the Roman Empire. The collections are presented in seven themes: 5,000 Years; Collection Highlights; River Nile; People of Egypt; African Kingdoms; Afterlife; and the Mummy Room. Visitors will find out about Liverpool's long connection to excavations in Egypt and Sudan, and how thousands of artefacts made their way into the Museum. 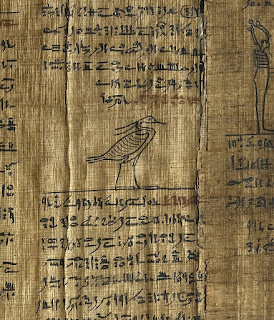 In Victorian times Liverpool's Egyptian collection was the largest after the British Museum and was displayed in the main hall of the Museum. In the May Blitz of 1941, more than 3,000 Egyptian objects were destroyed when the Museum was hit by an incendiary bomb. The collection increased in size over the following 40 years, with 10,000 new acquisitions. The dedicated gallery that opened in 1976 was modest, with just two mummies on display, and improvements to the gallery in 2008 allowed a further three mummies to be brought out of storage. 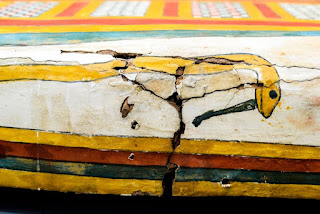 The Ancient Egypt gallery has been funded through the generous support of DCMS/ Wolfson Museums & Galleries Improvement Fund, the Garfield Weston Foundation, The Headley Trust and the Molly Tomlinson Bequests. The exhibition has been made possible as a result of the Government Indemnity Scheme, arranged by the Department for Culture, Media and Sport and Arts Council England.

As well as the gallery, visitors can delve deeper into this fascinating civilisation by attending the accompanying programme of events including talks, performances and hands-on activities for all the family to enjoy. Teachers can educate and inspire students by attending our specially-devised ancient Egypt education sessions for schools: www.liverpoolmuseums.org.uk/schoolsegypt 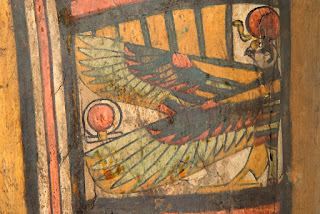 World Museum also has a brand new Shop and Cafe open daily, which has been transformed into a stunning new space  with booths and a light and airy dining room, that's also available to hire for corporate and private events. All profits are returned to National Museums Liverpool to support its work. .

For more information head to www.liverpoolmuseums.org.uk/ancientegypt and look out for our Kate at the official opening on Friday.

What are you favourite exhibits at the World Museum? Tweet us @TheGuideLiverpool or email us info@theguideliverpool.com and we'll share your pics on our socials.