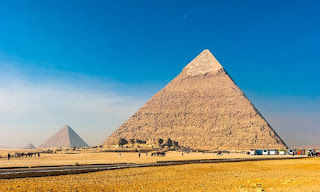 Abu Mina is one of the oldest Christian sites in Egypt located in southwest of Alexandria city dating back to 480 CE. Abu mina stands as a symbol of early Christianity in Egypt as it was the main pilgrimage center; it also contained a church and a basilica as well as the relics of St. Mina, according to UNESCO.

Ancient Thebes
This site is also known as the city of the sun is considered to be one of the most famous ancient sites in the world, according to UNESCO. Ancient Thebes located in Luxor, Upper Egypt used to be the capital of Ancient Egyptians during the reign of the Middle and New Kingdom. Ancient Thebes holds the majority of Pharaonic landmarks such as Karnak Temple, Valley of the Kings and the Queens Necropolis, and Hatshepsut temple.

Old Islamic Cairo
Although it is concealed within the modern architecture of Cairo it still proves its coexistence. Islamic Cairo was founded in the 10th century and it depicts the lifestyle of Egyptians during this era as it still contains ancient Mosques, spas, and schools dating back to the rise of Islam in Egypt.

Monuments of Nubia:
Nubia aka "City of Gold" located near Aswan in Upper Egypt contains the Temples of Philae and Ramses II by which both were saved from the rising water of the Nile back in 1960. Nubia is also known for having the best sceneries overseeing the Nile River and its authentic culture.

Wadi Al Hitan (Whale Valley)
The site located in the Western Desert of Egypt stands as a proof of evolution as it contains fossils of early extinct whales. The site portrays the process of evolution and how marine creatures were affected by it. 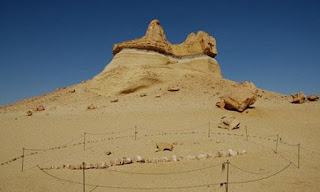 Memphis:
The Area of Memphis does not include any introduction as it includes the great pyramids of Giza along with the Sphinx. Memphis is located in South of Giza and was the former capital of Lower Egypt during the reign of the Pharos.