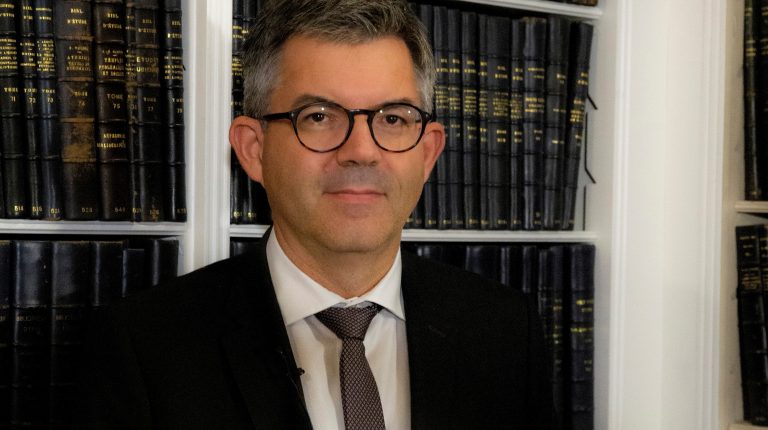 The French Institute for Oriental Archaeology (IFAO) is involved in 35 archaeological missions across Egypt and carries out about 100 scientific operations per year, according to the institute's director, Laurent Coulon.

In an interview with Daily News Egypt, Coulon said that IFAO's excavation sites cover all eras of Egyptian history, including the country's prehistory, Ancient Egypt, and the Islamic period. The sites are situated in the River Nile Valley, Delta, Oases areas, Eastern and Western Deserts, Sinai, and the Red Sea.

He outlined the institute's work in Egypt, as well as the most promising areas in the field of Egyptian antiquities.

Can you tell us about the IFAO and its work in Egypt?

The French Institute for Oriental Archaeology (IFAO) in Cairo was created on December 28, 1880, some 140 years ago. It is one of the five major French research centres abroad, the four others being settled in Greece, Italy, Spain, and Asia. The institute's mission is to study the successive civilisations of Egypt from prehistory until the modern era.

The disciplines involved are archaeology, history, and language studies. The IFAO carries out about 100 scientific operations per year, including 35 archaeological missions throughout Egypt. The excavation sites of the IFAO cover all eras, including prehistory, Ancient Egypt, and the Islamic period.

They are situated in the River Nile Valley, Delta, Oases areas, Eastern and Western Deserts, Sinai, and the Red Sea.

A diverse team of 120 members, both Egyptian and French, facilitates such activities. The institute has a range of services to carry out its research, training and dissemination missions, from the production of data to their publication, in printed or digital form.

Since 1907, the IFAO has been located in the Mounira Palace, a 19th Century building in the centre of Cairo, on the site of which the printing house could be built. In addition to the offices of the researchers, the research support services, and the administration, the palace houses the library, which has gradually been extended to the first floor and now has 20 rooms.

It contains 94,000 books and has an exceptionally precious collection, part of which comes from the legacy of Auguste Mariette. We are currently preparing a project for the construction of a new building to house the library and the archaeological collections.

What are the IFAO's most prominent joint discoveries in cooperation with the Egyptian Government?

All our missions are carried out under the supervision of the Egyptian Ministry of Tourism and Antiquities. We are increasingly adopting the principle of joint management with partners from Egyptian universities, as is the case, for example, for the epigraphic work on the temple of Kom Ombo or the Ottoman citadel of Qal'at Sheikh Hammam in Upper Egypt.

As for the most important discoveries, we had the opportunity to present them in an exhibition at the Egyptian Museum in Cairo in 2019-2020. I would obviously mention the oldest known Egyptian papyri, dating from the reign of Khufu, discovered at the site of Wadi El-Jarf, on the Red Sea; the sarcophagi and the magnificent 18th Dynasty stele discovered in the Assassif in Western Thebes; or the wall paintings of the Bawit Monastery.

What are the most promising areas of antiquities in Egypt?

One of the questions that archaeologists are often asked is: "Is there much left to discover? The answer is obviously yes, as the constant announcements of discoveries throughout the year prove. Even long-excavated sites such as Karnak, Western Thebes, Saqqara, and Alexandria will continue to be the places of major discoveries in the coming years.

But for several decades, the IFAO has also chosen to explore the margins of Egypt, whether in the Western Desert, in the oases of Dakhla, Kharga, and Bahariya, the Eastern Desert and the shores of the Red Sea, or the northern shores of Egypt on the Mediterranean Sea.

This strategy has proved incredibly productive. Most recently, the work carried out by the mission at Taposiris and Plinthine, two cities on the shores of Lake Mareotis, 40 km west of Alexandria, revealed the unsuspected presence of New Kingdom temple remains and a very intense activity in the 2nd and 1st millennium BC.

Shall we expect further cooperation in discovering new areas in Egypt?

One of our priorities is also to develop, in partnership with the Ministry of Tourism and Antiquities, new areas of research, not just new discoveries of objects or monuments, but innovative methodologies to make the most of the available data.

This is the case in the field of Digital Humanities, with the management of huge quantities of research data so that they are accessible, reusable, and preserved in a perennial manner, or in archaeometry, a field where we strive to develop methods for dating and characterising materials that are indispensable to modern archaeology.

The Archaeometry Department of the IFAO organises annual 'Archaeometry Meetings', which aim to create a space for discussion between archaeologists, historians, and archaeometry, in order to see new research projects in archaeometry emerge.  The last meeting was held in Cairo in November 2020, for the first time in Arabic.

What do you think of the progress at the Grand Egyptian Museum (GEM)? How do you think this museum will impact the antiquities field worldwide?

The GEM is a project that impresses by its scale and international ambition. Some time ago, I had the opportunity to see the progress of the work, the setting up of the rooms and the work being done in the museum's restoration laboratories.

This museum will obviously be a privileged place for researchers from all over the world who study the heritage of Ancient Egypt. There are great opportunities for cooperation between France and Egypt, and for the IFAO, we are obviously very keen to cooperate in the field of Egyptological research, archaeometry, and the restoration of objects, and we are already engaged in this cooperation. For instance, we organise training courses for Egyptian restorers, targeting a particular material (stone, wood) that is the specific object of the training.

How did the Pharaohs' Golden Parade promote Egypt's tourism and antiquities?

The event put Egypt at the centre of world news and shows how this country has made its archaeological heritage a national priority. I am certain that many tourists, even if they have visited Egypt before, want to come here to see the new museums, both the National Museum of Egyptian Civilization (NMEC), with its new rooms dedicated to the royal mummies, and the GEM, whose inauguration will be an exceptional event.

How did the novel coronavirus COVID-19 affect archaeological missions in Egypt?

The COVID-19 pandemic brought our archaeological activity to a halt only for a short time, from March to August 2020, forcing us to severely restrict access to the institute and the travel of its staff during certain periods.

The first priority was to ensure that the staff and researchers on mission were safe, by conducting a prudent policy. Nevertheless, as was also the case for our French colleagues at the Centre d'Études Alexandrines, for instance, we were soon able to resume our daily work in the institute, including our publication and research activities in the laboratories and library, and as soon as September 2020, fieldwork.

This took place by following strict sanitary protocols set by the Ministry of Tourism and Antiquities. In any case, it was essential for us to remain present in Cairo, alongside our Egyptian partners, throughout this crisis and to accompany their efforts to continue archaeological work or ongoing projects in the field of research or museography.

At the end, the balance of activities in 2020 and 2021 for the IFAO is far from diminished. Half of the missions planned for the autumn 2020 were able to take place, and the others took advantage of their forced immobilisation to progress in the analysis of data and their publication.

By 2021, archaeological activity is almost back to normal and we hope that advances in vaccination will facilitate the organisation of missions.

Which of your discoveries in Egypt is the closest to your heart and why?

It would be impossible for me, as director of the IFAO, to say which of the many works carried out by my colleagues on all periods of Egyptian history I prefer. But as an Egyptologist specialised in the study of the cult of Osiris, I am particularly involved in the archaeological and epigraphic work on the site at Karnak, and I have felt particular emotions, after more than 25 years, at the discovery of the catacombs of the god Osiris on this site.

This was through the excavation of the Osirian chapels to the north of Karnak, which highlighted, through the re-examination of previous discoveries, of a residence of the divine worshippers, these royal princesses having dedicated their existence to the cults of Amun and Osiris.

By working on previous discoveries, such as that of the Karnak Cachette by Georges Legrain in 1903, I was also able to measure that the discovery itself, as exceptional as it may be, is only the starting point of a long research process. This can feed many other scientific discoveries, less spectacular, but equally important to reach one of our main goals, to understand the history of Egypt in all its aspects.